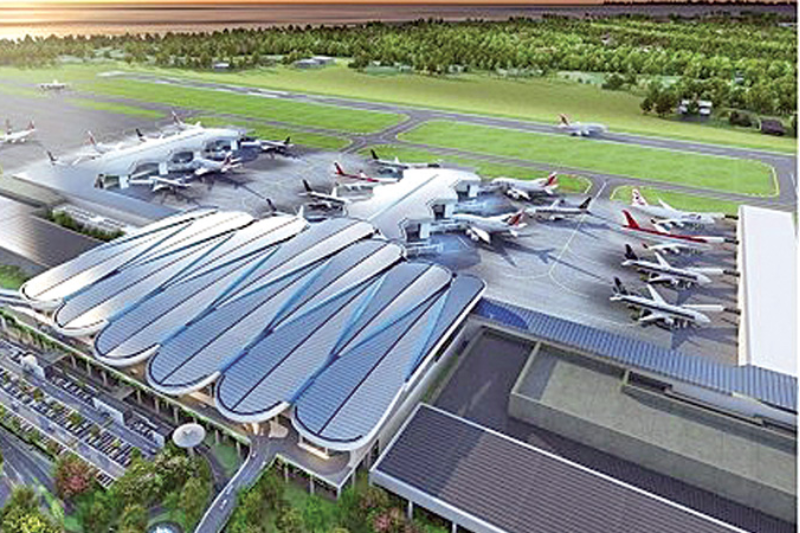 Details of a disinformation campaign to discredit the government by making allegations of asking a bribe from a Japanese company engaged in the construction work of the Bandaranaike International Airport (BIA) expansion project have been exposed.

Aviation Minister Nimal Siripala de Silva has stepped down, temporarily from his post, pending an investigation into bribery allegations against him relating to the settlement of contractual issues  of US$ 570 million Japanese International Cooperation Agency(JICA) funded  Terminal-2 construction work of the BIA Development Project (BIADP) Stage 2.

When contacted to verify the truth behind these accusations, General Manager of Taisei Corporation Sri Lanka Maskato Sato said that he was shocked to hear such unfounded allegations leveled against Minister Nimal Siripala de Silva who has never asked for any bribe from the company.

A decision to suspend funding or continue the project should be taken by JICA but there was no such decision whatsoever, he said, adding that media should desist from disseminating such false information damaging the friendly relations between the two countries.

Minister Nimal Siripala de Silva pointed out that this was a totally false allegation and there was no substantial evidence to prove any demand of bribe from the Japanese Company.

He categorically stated that he has made a request to conduct an investigation in to this matter and he has decided step down from the ministerial portfolio temporarily till the conclusion of the relevant investigation.

According to the JICA, the construction of the new passenger terminal building is expected to be completed in  2024.

The terminal building would be developed based on the concept of Eco-Airport, with Japanese advanced technology and know-how

After the completion of the terminal, BIA is expected to handle 15 million passengers per annum. A new apron and taxiways were unveiled under the BIA expansion project recently.

The JICA’s total financing for the expansion of BIA is JPY 74,397 million or around Rs.113 billion, which has been provided under Special Terms for Economic Partnership.

The loan facility has been granted on concessionary terms, with 0.1 percent p.a. interest and a 40-year repayment period to promote technology transfer, build quality infrastructure and economic cooperation between Sri Lanka and Japan, JICA claimed.