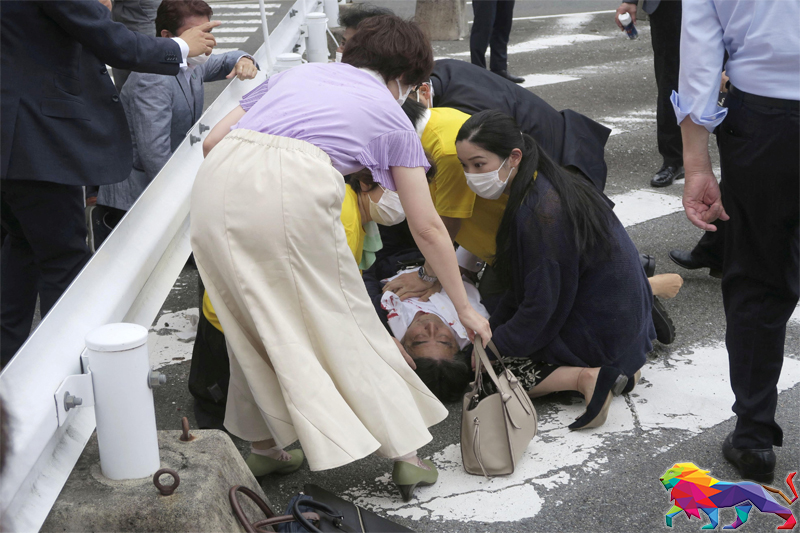 Former Japanese Prime Minister Abe Shinzo collapsed on the street in the western city of Nara while making a speech for an election campaign.

The fire department says he is showing no vital signs. Police say a man has been taken into custody.

Abe was supporting a Liberal Democratic Party candidate's election campaign. He collapsed at around 11: 30 a.m. and was taken to a hospital.

The fire department says he is in cardiopulmonary arrest. He is scheduled to be taken by medevac to a different hospital. Police say Abe appears to have been shot from behind with a shotgun.

An NHK reporter who was at the scene says Abe was bleeding. The reporter heard what sounded like gun going off twice.

The site is near Yamatosaidaiji Station in Nara City.