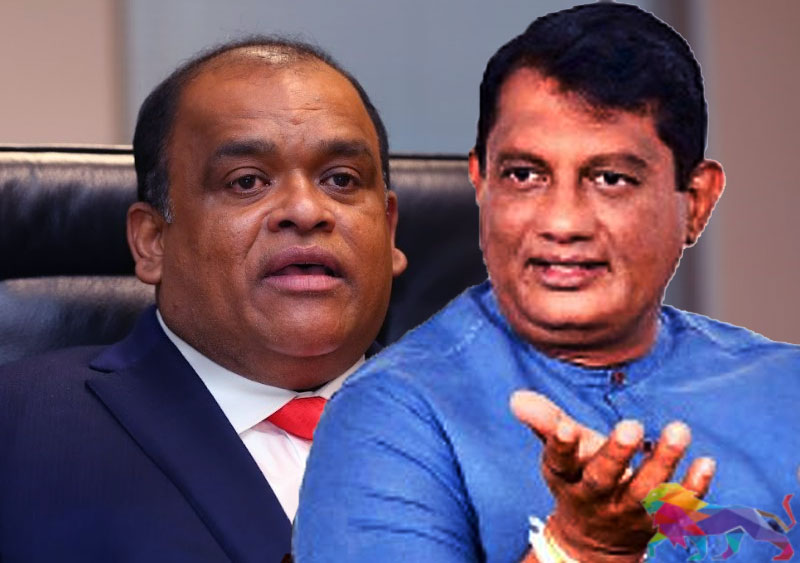 In what seemed to be a barb directed at Minister Dhammika Perera's recent remarks at a press briefing where he said Prime Minister Ranil Wickremesinghe should step down from the finance portfolio, Sri Lanka Podujana Peramuna (SLPP) MP Dr. Nalaka Godahewa said that one should focus on fulfilling his own commitments rather than trying to oust the Premier which should be left to politicians.

The former State Minister made this observation yesterday (06) on Twitter. 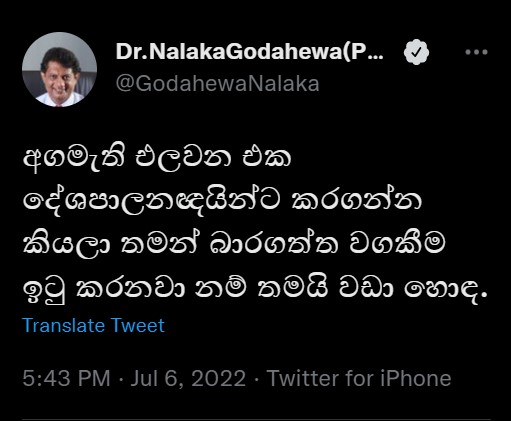 At a press briefing, Dhammika Perera alleged that the Finance Minister has no plans to resolve the current dollar crisis in the country and delays all matters related to dollar earnings.

However, he said that he does not have a problem with Mr. Wickremesinghe holding the portfolio of Prime Minister.

Former Finance Minister and founder of the SLPP MP Basil Rajapaksa gave up his Parliamentary seat, making way for casino mogul Dhammika Perera to take his position through the SLPP National List.