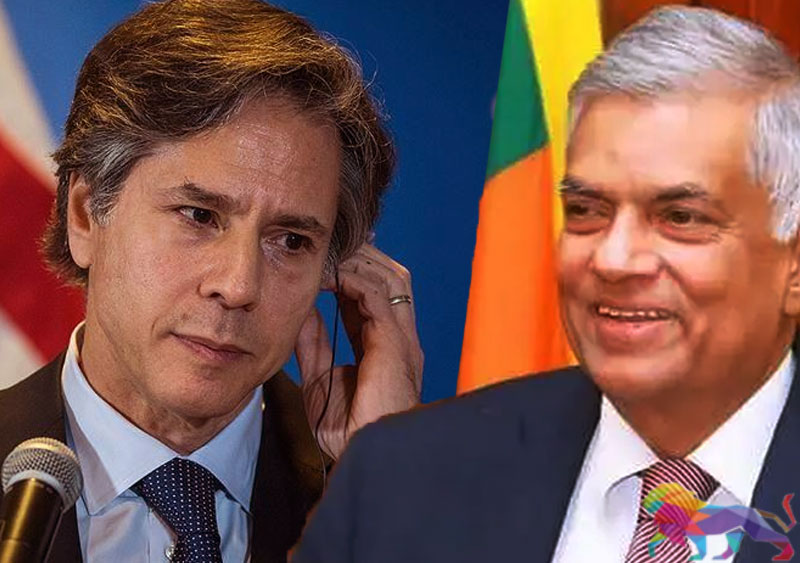 The United States has assured its full support to Sri Lanka as the island nation battles its worst economic crisis.

This was conveyed when U.S. Secretary of State Antony Blinken had a telephone conversation with Prime Minister Ranil Wickremesinghe yesterday evening (13).

The Premier had briefed Secretary Blinken on the current status of the ongoing discussions with the International Monetary Fund (IMF) and added that Sri Lanka is looking to work closely with the United States and further strengthen ties between the two nations, the Prime Minister's Media Division said.

Secretary Blinken had also agreed to promote investments in Sri Lanka after the concluding negotiations with the IMF.