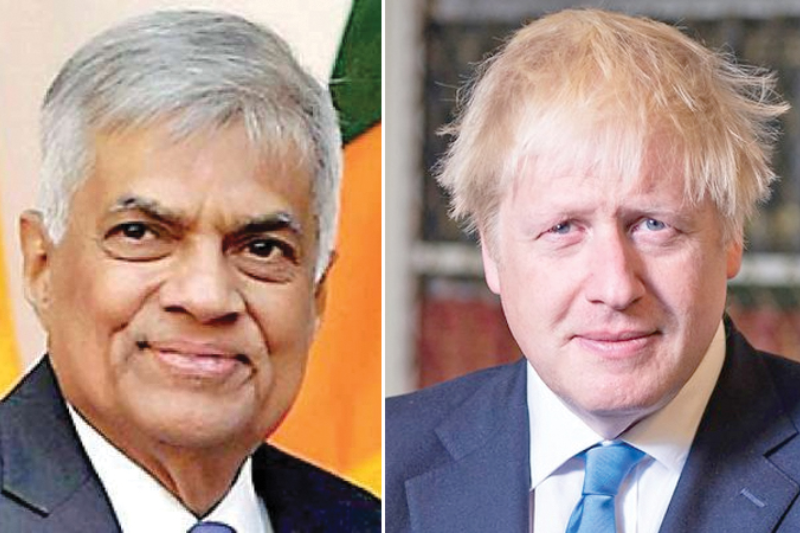 In a phone conversation with his Sri Lankan counterpart on May 30, Prime Minister Boris Johnson assured the United Kingdom’s continuing support for the people of Sri Lanka during the current economic crisis.

The UK Prime Minister's Office in a press release said that he began by congratulating Mr. Wickremesinghe on his recent re-appointment as Prime Minister and underlined the UK’s continuing support for the people of Sri Lanka during their current economic difficulties.

“The Prime Minister stressed that the Russia-Ukraine war has exacerbated global food supply issues. He emphasised the need for the entire international community to take action against the horrors Putin is inflicting on the Ukrainian people,” the release said.

The British Prime Minister and Prime Minister Wickremesinghe also discussed the potential for further UK-Sri Lanka cooperation in areas including clean energy. They looked forward to working closely together in the coming years, the PM’s Office said.

Meanwhile, Prime Minister Wickremesinghe in a twitter message said that he briefed PM Boris Johnson on the situation in Sri Lanka.

“He pledged to support us especially in the fields of tackling climate change and assisting Sri Lanka in becoming an export oriented open economy,” the tweet said.