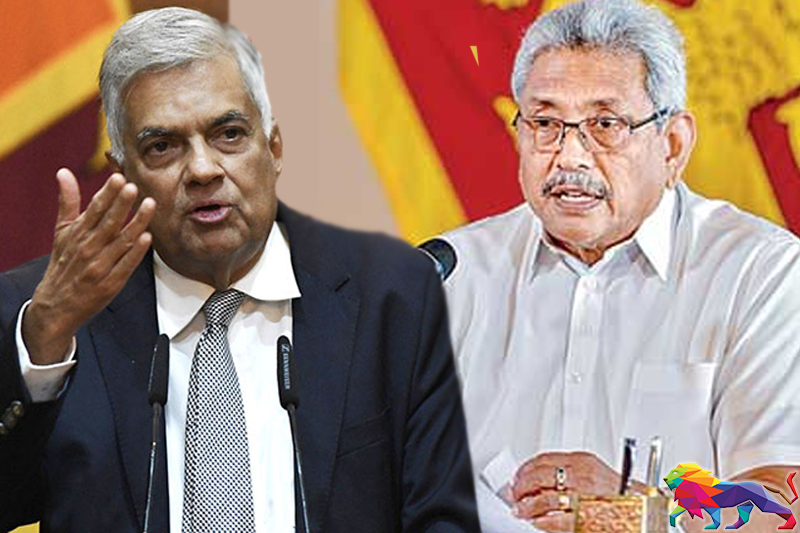 President Gotabaya Rajapaksa has condemned the violent acts that are taking place in the country as hundreds of Rajapaksa loyalists attacked unarmed protesters camping outside the president's office at Galle Face.

The president also requested all citizens to remain calm and exercise restraint and urged everyone to work together in solving this crisis.

Pointing out that there is no law and order in the country today, former Prime Minister Ranil Wickremesinghe said that not only the Prime Minister but the entire Government must resign.

Issuing a statement in the wake of the barbaric attack that was unleashed on peaceful protestors by government supporters today, the former Prime Minister said;

"GoGotaGama which had been a peaceful demonstration, was attacked today. We completely condemn this act thuggery.

We all have to accept the responsibility for this. The response we gave to the crisis was not enough.  We wanted to make that difference. We didn't react fast enough to the situation.  We must admit to this mistake.

There is no law and order in the country today. I state here that not only the Prime Minister but the entire Government must resign.

But it is not enough for a Government to step down.  If we lose our unity, the damage will be permanent.

At the same time, I tell everyone involved in our politics that we cannot continue to engage in politics in the old way. The Government should put aside their differences with the opposition parties.  We need to have the strength in this moment to solve the crisis.

"Better to close down Parliament"

For a change, there should be a small Government without party affiliation that is not burdensome to the public. If we cannot do this, then I think it would be better to close down Parliament.

These young people have to have their voices represented in the committees in Parliament which must be appointed to solve the crisis.

So we ask everyone to support us and work together peacefully."