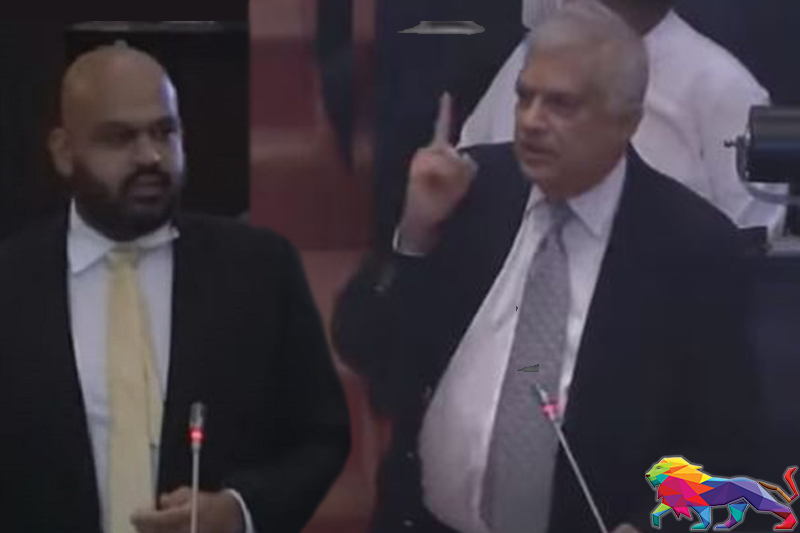 Rasamanickam alleged that the former Prime Minister had approached many MPs in the Opposition urging them to support the Government in the vote held to elect the Deputy Speaker.

Noting that the statement made by the TNA MP was blatantly false, Wickremesinghe drew attention to the fact that Rasamanickam was originally a member of the UPFA when he obtained the organiser post for the Paddiruppu electorate in Batticaloa from Mahinda Rajapaksa on February 21, 2013.

He said he supported Ranjith Siyambalapitiya’s decision to resign from the Deputy Speaker's post after leaving the Government and instead seek the confidence of the House to retake the post from the Opposition, adding that it would set a good precedent.

Wickremesinghe said he told Siyambalipitya that he would support him if he was contesting for the post of Deputy Speaker from the Opposition benches but not from the Government benches. He said once he had given his word, he saw no reason to change it.

On Wednesday (04) evening, Wickremesinghe said he was informed by the media that the Government would not be putting forth a candidate as they were not keen to test their majority in Parliament against Siyambalapitiya.

The next day when he had spoken to SLFP MP Nirmal Siripala de Silva, he too had confirmed this same story. Wickremesinghe stated that if Siyambalapitiya was being proposed by the independent group of MPs, he would support him.

Wickremesinghe was subsequently informed that there was a problem with the TNA and their support for Siyambalapitiya. He spoke to the TNA and asked whether the two groups could come together. The TNA refused saying if the SJB did not field a candidate, they would do so themselves.

He then suggested that since the Government was not nominating a candidate, the two opposition groups could go for a vote but afterwards they must work together again.

He said he discussed this matter with TNA MPs Sumanthiran, Rasamanickam and Adaikalanathan while MPs Mano Ganesan, Anura Dissanayake and Sritharan were in the vicinity. He said the focus of the discussion was how they could resolve this matter.

He went on to explain that when Ranjith Madduma Bandara gave him the no-confidence motion against the Government, he said he would support it. When the NCM against the President was provided by Sumanthiran, the former Prime MInister was the first person to extend his support to it.

The former Prime Minister also said that people were now preparing to surround his house based on this false accusation made by MP Rasamanickam.

Wickremesinghe observed that he has no issues if people want to demonstrate against him, but he said it is wrong to use Parliament speeches to threaten people.

He went to state that following yesterday's performance in Parliament, the whole country has turned against the Parliamentarians. They accused the MPs of wasting an entire day fighting over personal agendas. He said the House has lost sight of the problems facing the people of the country. "The people don't have fuel or money, and that by June we don't know what will happen in the country," he noted.

Accusing the Parliament of failing in their duties to the public, the former Prime Minister observed that they have been unable to come up with a solution for the crisis, adding that the House has only resorted to attacking each other.

He questioned whether the Parliament can say that they are with the people or that they have the confidence of the public and that the only concern of the House should be to solve the crisis in the country.

The former Prime Minister urged that the House take necessary measures to reassure the public they are working for them, otherwise the Parliament would be surrounded by the public.

"They must make a decision before the commencement of today's proceedings on what the Parliament plans to do in regards to the crisis, otherwise they should all go home," he added.