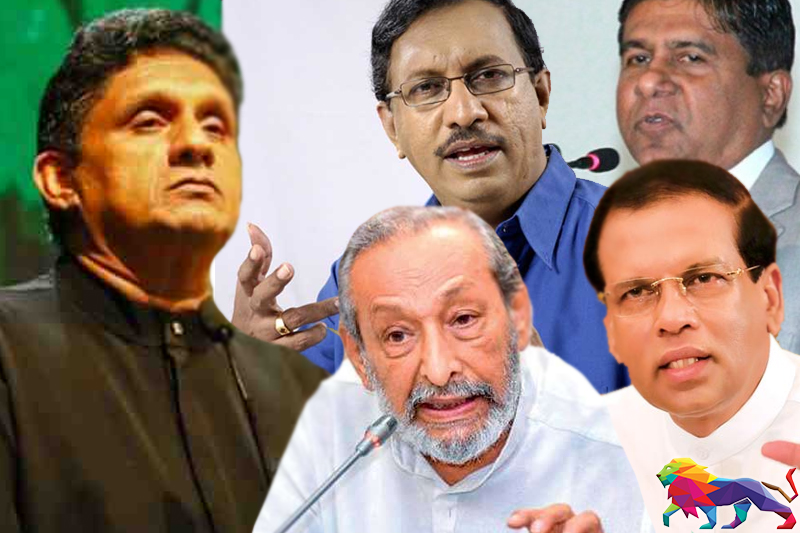 The group of 39 independent MPs in parliament, also known as the dissidents’ group, has called on Opposition and Samagi Jana Balawegaya (SJB) Leader, Sajith Premadasa to inform to the group the party’s alternative plan in the event the no confidence motion (NCM) presented by the SJB against the government is passed in parliament with the support of the dissidents’ group.

The dissidents’ group in its letter has questioned Premadasa whether he had an alternative plan on governance of the country once the government is defeated through the proposed NCM.

The group has also noted that there were two options for the SJB to choose from at present – 1. Join the proposed framework for an all-party national consensus government that has been accepted by the mahanayakes, religious leaders, professional organizations, business community, trade unions and youth activists; 2.The SJB to take over the government after defeating the incumbent government at the NCM vote since the SJB has expressed its unwillingness to work with other political parties. (The dissidents’ group would sit in the opposition and extend critical support in such a scenario)

“We note that pushing the country into an anarchical situation is worse than the government being held by one of the worst administrations,” the letter has noted, adding that such a situation could have an adverse impact on the country when the government is engaged in a process to restructure loans and to obtain loans to purchase essential commodities. “All this will come to a standstill if the country is pushed into anarchy.”

The letter has further stated that while the government through its economic mismanagement had brought about the current economic crisis, the government has so far failed to propose a viable solution to address the crisis and has therefore lost the confidence of a majority of the country. “We believe that the government should therefore resign or should be removed,” it states. 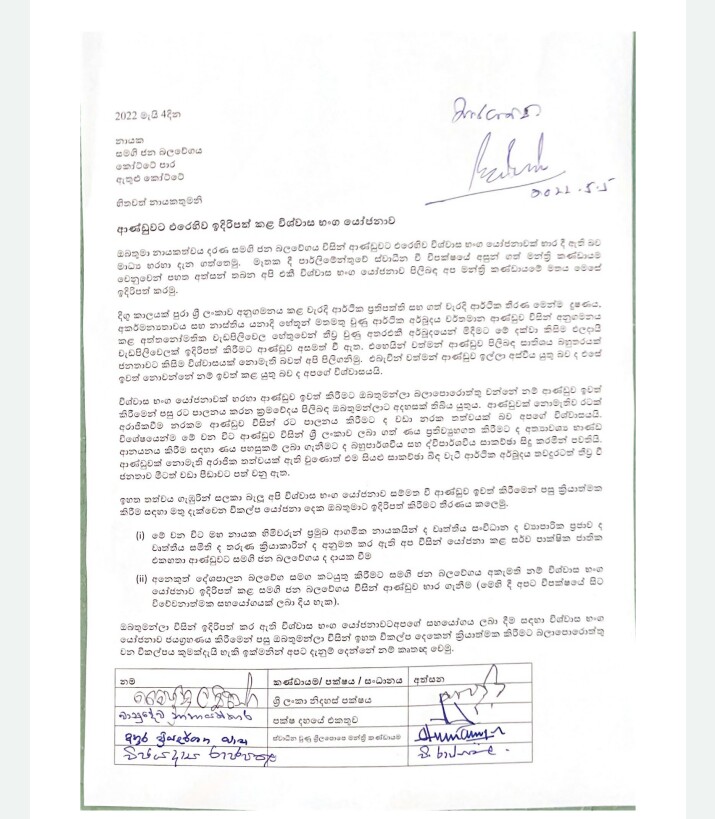