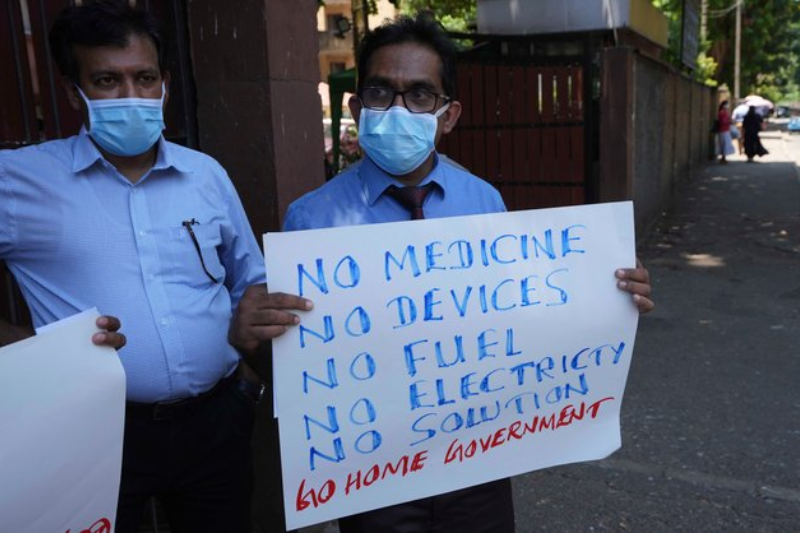 The United National Party has expressed its dismay at the announcement by the Government that they would be defaulting on all external debt repayments.

Issuing a statement today (12), the Party called for the establishment of a Parliament Select Committee to inquire into the decision taken to devalue the currency prior to securing funding from the International Monetary Fund (IMF) as well as the Government’s decision to delay the restructuring of the country’s debt which has led to this default.

The UNP noted that Sri Lanka has had an unblemished record since independence of honouring our debt repayment.

"Even at difficult times we as a nation have tightened our belts and made the payments. However, the mismanagement of the Government has resulted in the current economic crisis," the statement said.

The Party observed that the suspension of all external servicing will also bring undue pressure upon the banks who have obtained foreign loans to facilitate Letters of Credit as well as those who hold International Sovereign Bonds (ISBs).

"From 2020, as stated in the UNP manifesto, it was recommended that the assistance of the International Monetary Fund be sought to help restructure our financial obligations. The delay by the authorities to act on this advice has resulted in the crisis that is unfolding. Had the calls made by the UNP and others been heeded, this default could have been avoided," the statement added.

As the Parliament, under article 148 of the Constitution, has control of public finances, the Party also called on the Government to present a full explanation to the House of what led to this situation when Parliament meets on April 19.