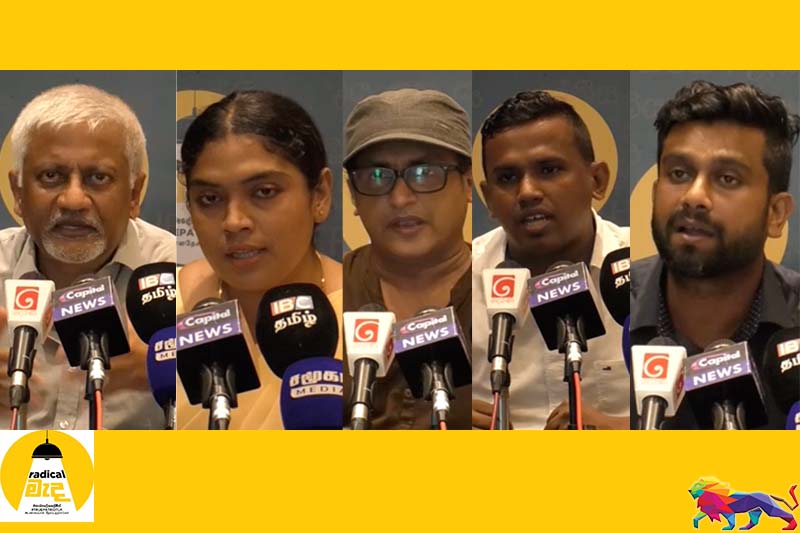 Despite many doctors trying their hand at treating the Sri Lankan economy that was grasping for breath in the ICU for the last several years, it was only former minister Mangala Samaraweera who was able to provide the correct treatment to ensure that the patient was on its way to recovery, Prof. Rohan Samarajiva said.

"Mangala was applying corrective measures to treat the economy. The 52-day coup and the Easter attacks which transpired during this time had stunted economic growth. However, the correct treatment was being provided. Even the International Monetary Fund (IMF) confirmed this. The current government stopped those measures and resorted to home remedies, similar to the honey concoction made by Dhammika," he said.

Prof. Samaraijva made these remarks at a press conference yesterday (05), called by the 'Radical Centre', an apolitical movement launched by the late Mangala Samaraweera, to brief on the current economic crisis as well as the demand for total change of the government which is being led by the younger generation.

Attorney-at-Law Bhagya Senevirathne pointed out that women formed the largest group that was most affected by the economic crisis, especially mothers who struggle to feed their children.

She also noted that Sri Lanka should seek the assistance of the International Monetary Fund (IMF) immediately to help mitigate the economic crisis.

Economic analyst Kithsara Gunarathna said that the call for elections made by certain political parties will not provide solutions for the current crises. He pointed out that a presidential election would cost nearly Rs. 4.5 billion and if elections were to be held, the discussions with the IMF would also stall as a result. Noting that the youth has already rejected such proposals, he called for the funds to be used to provide immediate relief for the people who are struggling to stay afloat amidst a worsening economic crisis.

Journalist Harendran Krishnasamy reminded that politicians who engage in traditional politics should take note of the fact that the younger generation has entirely dismissed politics based on racist, religious and nationalist ideologies.

Meanwhile, journalist Sanjaya Liyanage said that it is crucial to identify the message sent by the youth who have led the uprising against the country's rulers.

Noting that the traditional political system may may find it difficult to come to terms with what the youth have said loud and clear, he added that those who have governed the country without a proper set of policies should be also be held accountable.