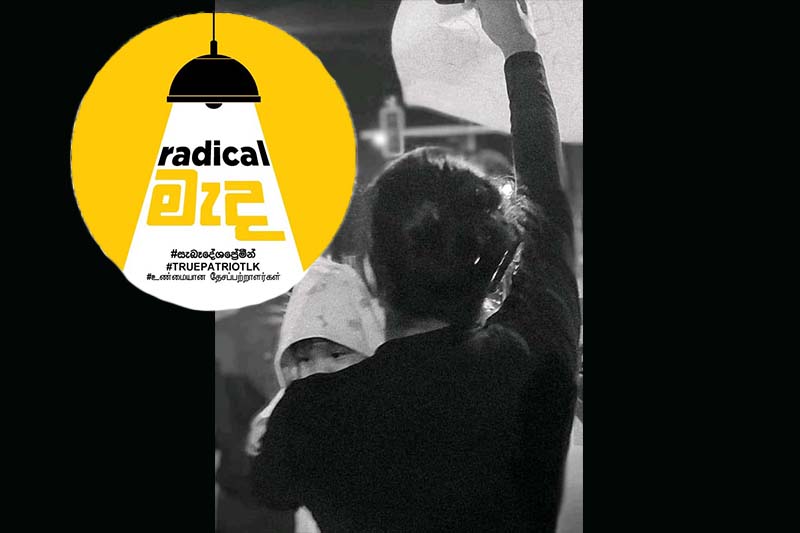 Representatives of the 'The Radical Centre', an apolitical movement launched by the late Minister Mangala Samaraweera says that protests are more successful if they are conducted in a peaceful manner devoid of any violence.

Protests should always be seen as a legitimate avenue towards policy change and influence, and one that must therefore professionalise to make politics more reflective of societies’ wants, needs and demands.

The group urged for restraint after a peaceful protest near the home of Sri Lankan President Gotabaya Rajapaksa turned violent on Thursday evening.

Appealing to all those wish to join the nationwide protest on April 3, The Radical Centre stressed that our primal responsibility is to prevent the protests escalating into violence.

As Sri Lanka today is facing an unprecedented political, economic and social crisis, the country is gazing into the abyss at the edge of a precipice.

This is truly an existentialist moment for all Sri Lankans; each individual must make meaningful choices and the choices they make will define Sri Lanka's future for generations to come.

"To the Attention of all those joining the nationwide protest on April 03.

It is our primal responsibility to prevent the protests escalating into violence.

If we leave space for that, then it will be for the fullest benefit of the oppressive government. So please consider the following points as you take to the streets.

1. As you arrive at the protest, talk to those around you and get to know them.

3. Never be impulsive or aggressive. If someone near you is tempted to act aggressively, prevent him / her from doing so.

4. Do not damage anyone's property. Those who commit such acts in such a protest are traitors of the entire protest movement itself.

5. Do not cause conflicts. Show by example that you are a civilized citizen in front of a government which behaves rudely.

6. Always be attentive to your neighbour. If there’s anything that makes you suspicious, let the leadership know.

7. This is not a struggle organised by any party or group. You as well as those around you are participating in this as independent citizens. Therefore, if someone around you attempts to do something you may not agree with:

a. Try to prevent them from doing so
b. If they continue to do so, stay away from them as much as possible
c. If you feel that the protest space is no longer safe for you, leave.

Remember that this is a struggle for the right of life, of yours and mine. Not a bloody struggle to lose lives.

8. Cooperate cordially with police and security personnel whenever possible. Remember they are just as oppressed as we are."