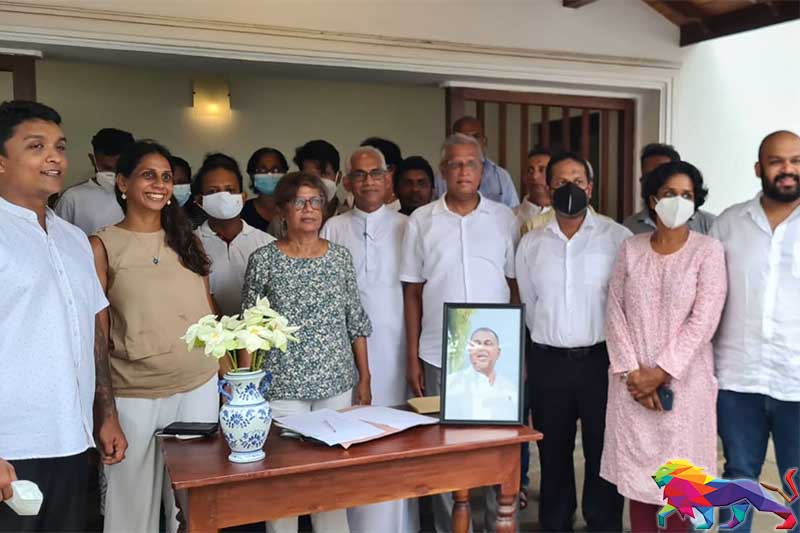 The collection of signatures for a public petition appealing to the Government of Sri Lanka to honour its promise to repeal the PTA was held at the residence of late politician Mangala Samaraweera and in front of the Matara Uyanwatta Stadium.

The signature campaign at the Samaraweera residence was organised by the late politician's sister Jayanthi Gunawardene. Parliamentarians M.A Sumanthiran, Shanakiyan Rasamanickam and a number of other political activists from the area attended the signature campaign. 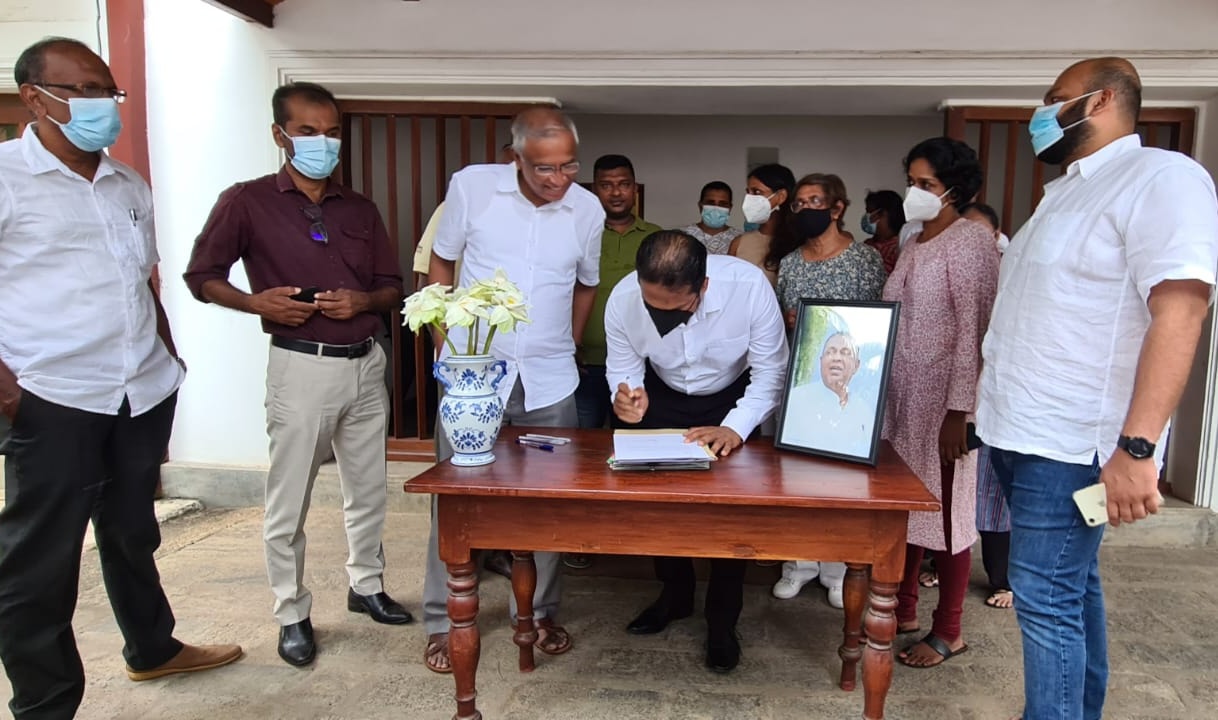 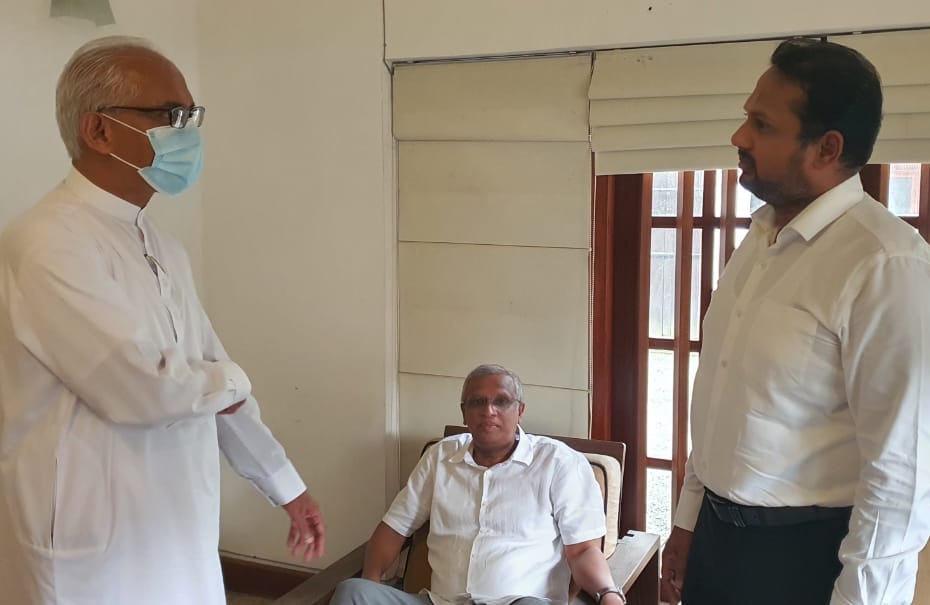 Meanwhile, Attorney-at-Law Hejaaz Hisbullah who was held in custody for over two years under the provisions of the PTA along with his wife also signed the petition at the event organised by the ‘Justice for All’ organisation in Matara on the same day.

Convener of the organisation M.A. Sumanthiran and Shanakiyan Rasamanickam travelled from Galle to Matara along with the petition.

Despite over two decades of assurances to repeal the act, the Prevention of Terrorism Act (Special Provisions Act) No. 48 of 1979 continues to be misused today. The PTA has been a continuous challenge to democracy in the country and is often used to seek revenge from those opposing the government.

The signing of the petition was held from 3.30 pm to 4.00 pm at the late politician’s residence in honour of his commitment to repeal the act.

The petition campaign held in front of the Uyanwatta Stadium in Matara from 4.00 pm to 5.00 pm yesterday (17) was a great success and saw a large turnout.

Here the MPs further explained to the attendees the various violations carried out by the authorities while making use of the draconian act and related imprisonments.

United Socialist Party leader Siritunga Jayasuriya, strongly criticised the government for using the PTA to crack down on individuals and journalists who pose a threat to the government.

Parliamentarian Eran Wickramaratne joined the event and expressed his views on behalf of the opposition.

Several influential persons in the South who had supported the current government were also present. Among them was Udaya Hiththetiyage, a former secretary to Minister Dullas Alahapperuma.

The signing of the petition was initiated by the Mullaitivu Media Club in the first week of February and was attended by large crowds in Kilinochchi, Vavuniya, Jaffna, Trincomalee, Colombo, Mannar, Negombo and Batticaloa.

Contribute to this national task by organising similar events in your city to repeal the Prevention of Terrorism Act. 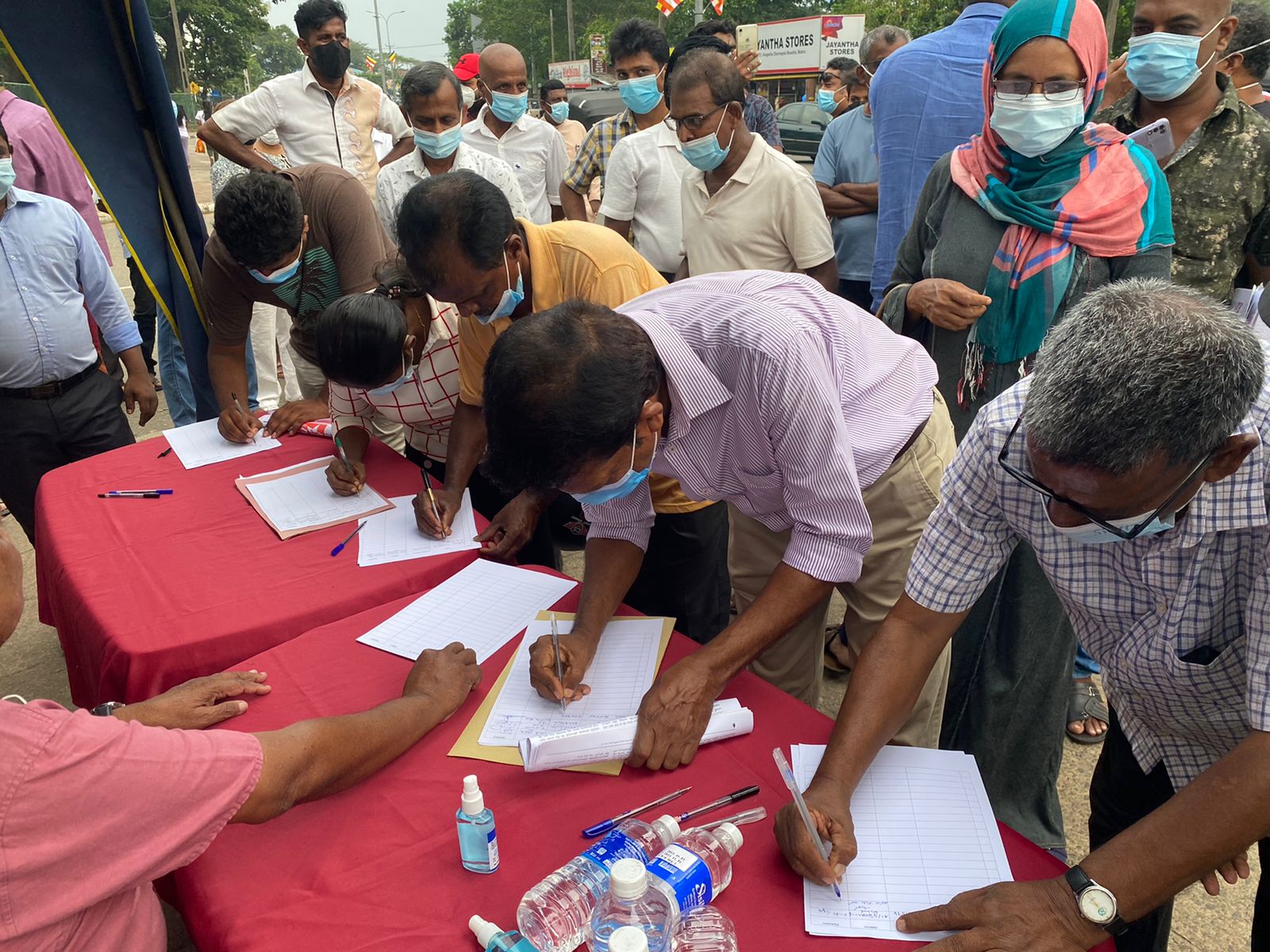 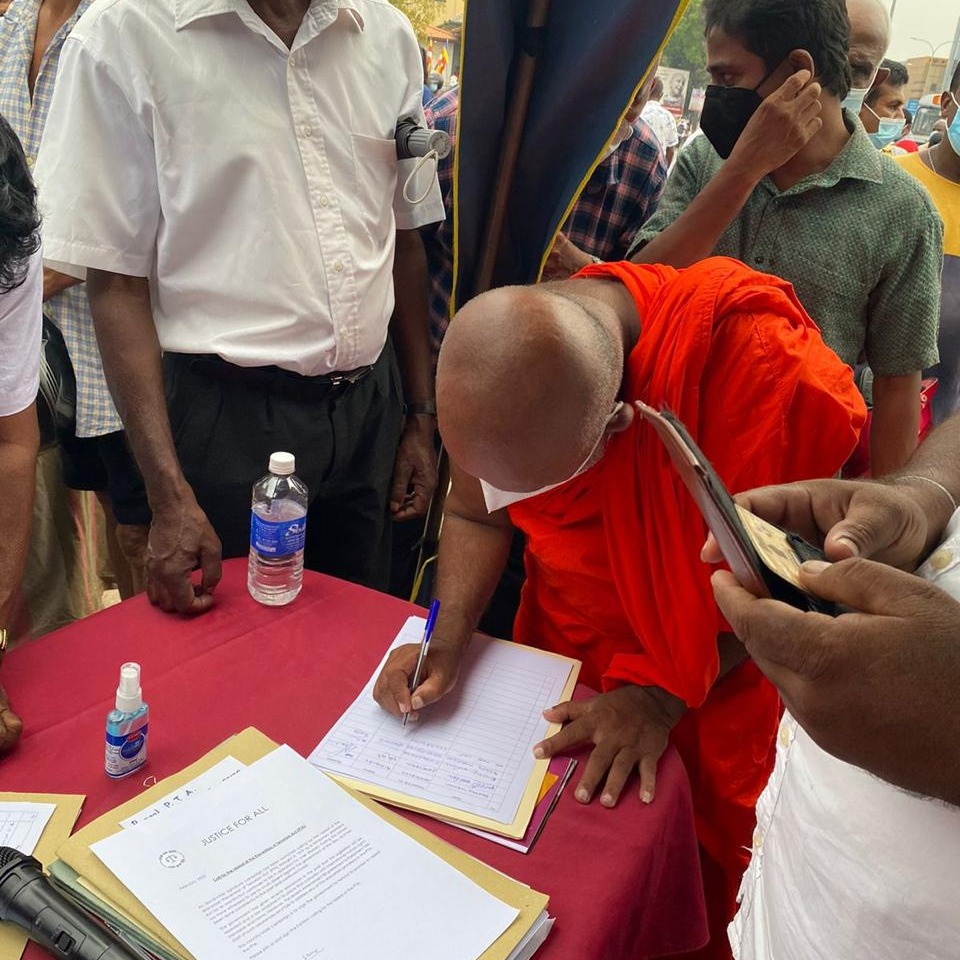 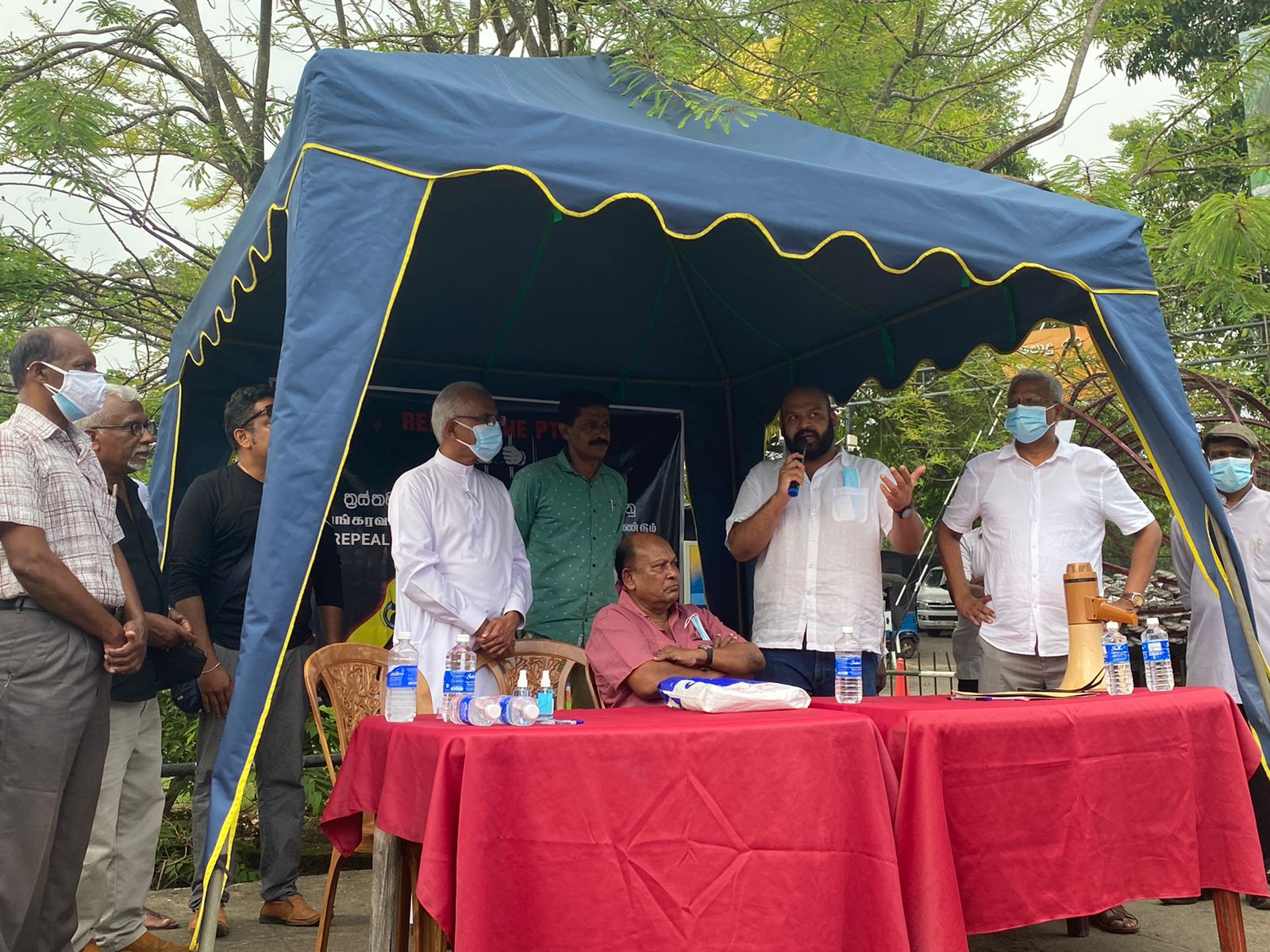