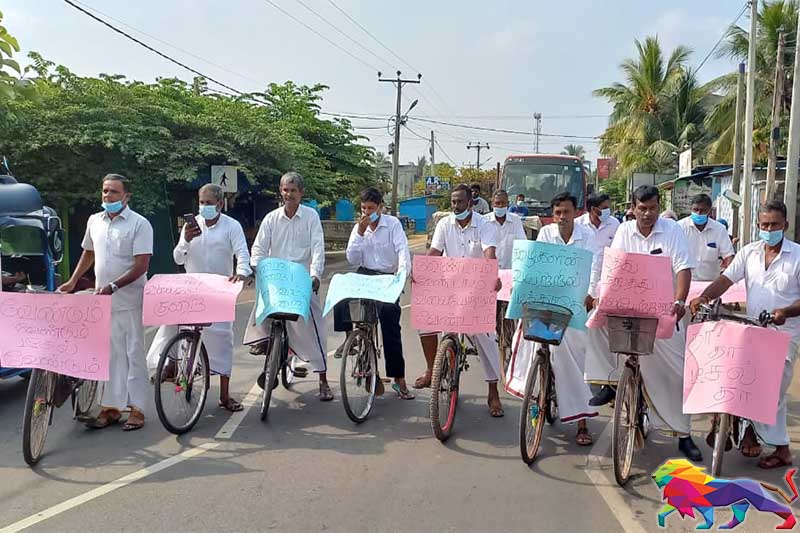 A group of local politicians in the Jaffna peninsula protested the Sri Lankan government that created a fuel crisis in the country, in addition to the sharp increase in commodity prices.

According to provincial correspondents, all the members of the Valikamam North Divisional Council across all parties have come to the sessions of the Council, on bicycles this Wednesday (March 16) displaying placards.

They have protested demanding to lower the prices of essential commodities immediately in the face of a collapsing economy, and urging the government to find proper solutions to the problems faced by the general public.

They have come to the Valikamam North Divisional Council riding bicycles for about six kilometres from Mallakam, local correspondents added.

Speaking to journalists at the end of the cycling protest, Tamil National People's Front Divisional Council member T. Nivethan stated that the day would not be far when people would commit suicide, if the government failed to give immediate solutions to the economic crisis that made people suffer.

A week ago, several representatives, including the chairman of the TNA-lead Maritimepattu Divisional Secretariat of Mullaitivu District, Kamalanathan Vijinthan also came to the Divisional Council in bullock carts to protest the repressive Rajapaksa government.