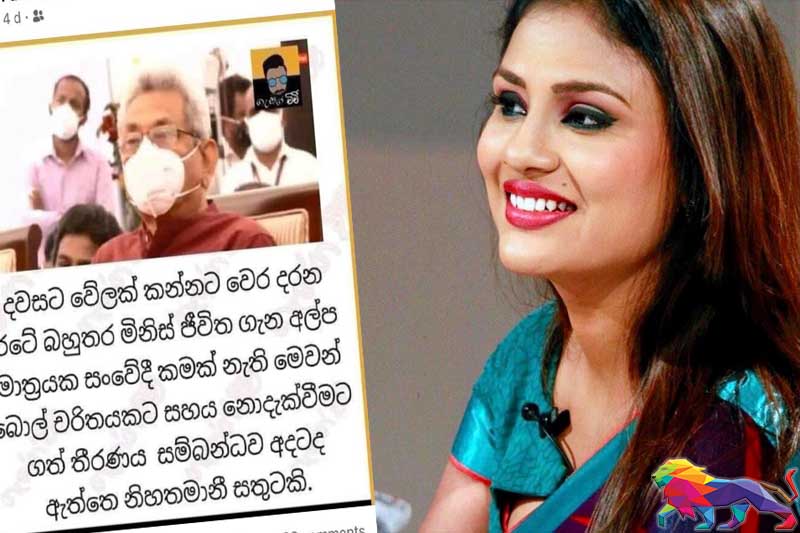 She said that she has been barred from entering the SLRC premises due to a post she had made on her personal Facebook page.

Meanwhile, Media Minister Dullas Alahapperuma who claimed that the Sri Lankan President and the government are “open to constructive criticism” and have never considered placing restrictions on the freedom of speech of government critics is yet to make a statement regarding the issue. 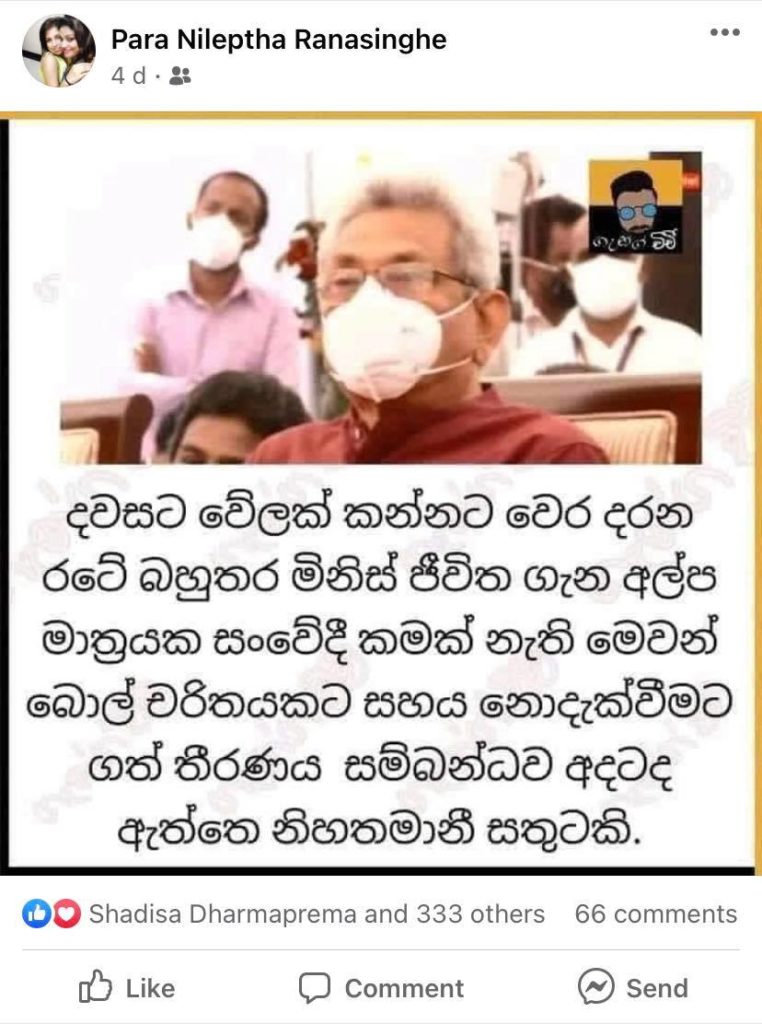