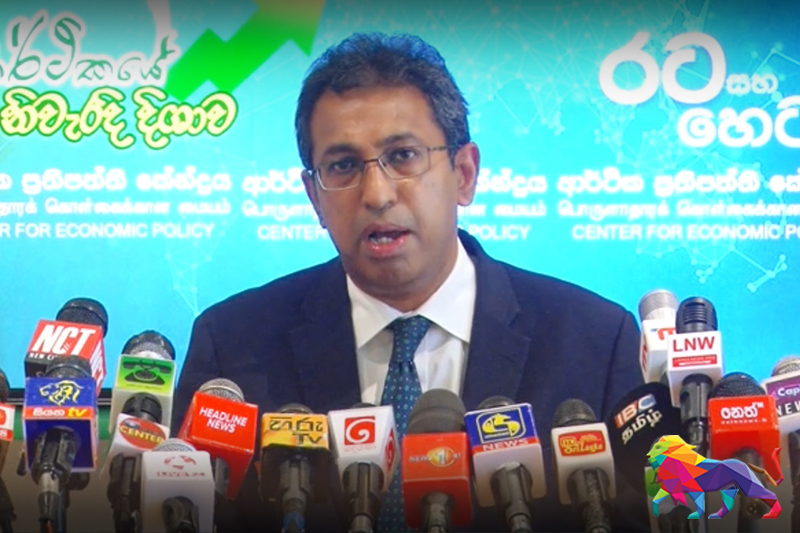 The devaluation of the rupee to 230 to the US Dollar will not help avert the foreign exchange crisis and the decision to increase the interest rate by only 1% is purely insufficient to defend the rupee at LKR 230 or even 240, SJB parliamentarian Dr. Harsha de Silva said.

"The out-of-options Central Bank Governor Nivard Cabraal decided to increase interest rates by 1% and devalue the USD to LKR 230. However, it should be noted that this is not a depreciation of the rupee, instead a devaluation to a rate decided by political forces. Thus, we immediately warned that this is not sustainable, as it is not the rate determined by the market," he said.

He noted that excessive money printing had undermined the credibility of the USD peg at LKR 200, resulting in the loss of vital foreign exchange which began to flow through unofficial channels.

"Inward remittances particularly witnessed a drop of 62% in January 2021 compared to the year before. In the last 7 months alone, remittances have reduced by approximately USD 2.5 billion. Dollar peg and laws such as 25% forced conversions of profits pushed exporters, of both goods and services, to keep their profits overseas. Consequently, the Central Bank has ‘burned’ at least USD 1.5 billion to defend the peg at 200, thus we can deduce that the Government has made a staggering loss of $4 billion due to detrimental political decision making on the economy," de Silva said.

The SJB lawmaker also alleged that the rupee devaluation was a result of a phone conversation between India’s Foreign Minister S. Jaishankar and Finance Minister Basil Rajapaksa so that the latter could secure a visit to India to finalise a USD 1 billion credit line.

"The Central Bank Governor reiterated his firm stance, the day before yesterday, that he will not devalue the rupee, it was nevertheless decided to devalue the rupee last night following a phone conversation between Jaikshanar and Basil Rajapaksa. Furthermore, the current devaluation is solely to please the Indians in order for the Finance Minister Basil Rajapaksa to secure a visit, as devaluation was a precondition for the meeting. We would not be in this current crisis if we had devalued the rupee sooner consequently, we are in the midst of the biggest forex crisis that independent Sri Lanka has ever faced due to egotistic, uncoordinated and short-term policy making by the incompetent Rajapaksa Government," he added.