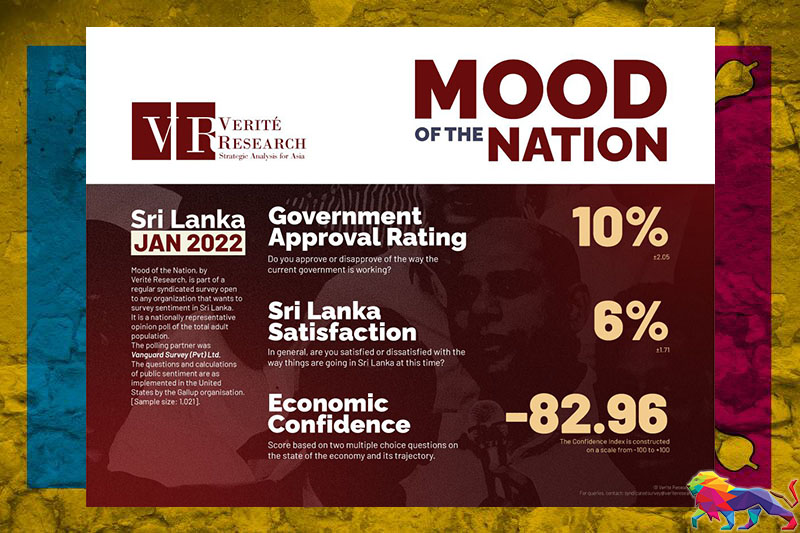 The government of Sri Lankan President Gotabaya Rajapaksa has a meagre 10% approval rating little over 2 years into his term, according to a poll by Verité Research.

The Colombo based think-tank recently launched a Gallup style “Mood of the Nation'' poll in Sri Lanka to assess approval, satisfaction and confidence in relation to the government, the country and the economy.

Gallup is the most reputed polling organisation in the world. It runs a regular “Mood of the Nation” poll in the United States. Accordingly, Verité Research has adapted that same poll and scoring methodology to follow the pulse of the people in Sri Lanka.

The poll is based on an island wide nationally representative sample of responses from 1,021 Sri Lankan adults, conducted in January 2022. The sample and methodology were designed to ensure a maximum error margin of under 3% at a 95% confidence interval. The polling partner was Vanguard Survey (Pvt) Ltd.

To the question, “Do you approve or disapprove of the way the current government is working?” only 10% said they approve.

To the question, “In general, are you satisfied or dissatisfied with the way things are going in Sri Lanka?” only 6% said they were satisfied.

Multiple choice questions on the condition and trajectory of the economy are used to generate an economic confidence score. The score can range from negative (-) 100 to positive (+) 100. A score above zero means more people see the economic conditions positively rather than negatively. 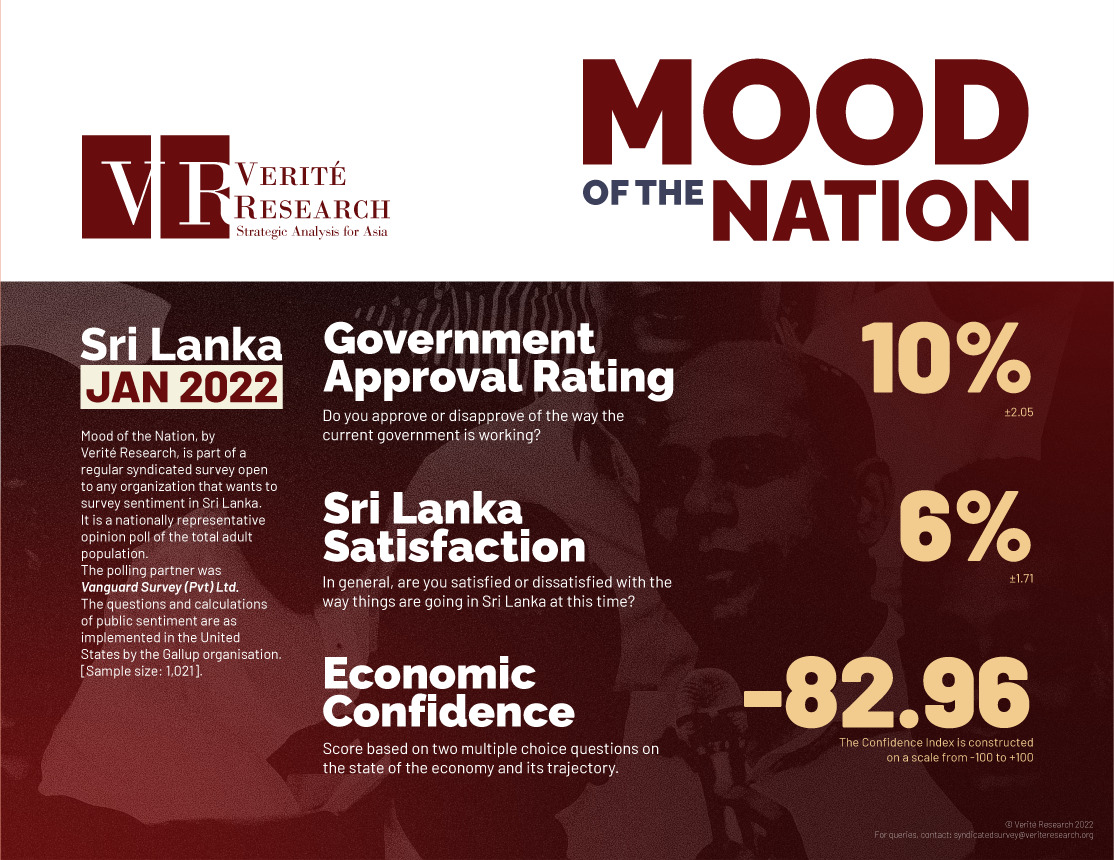