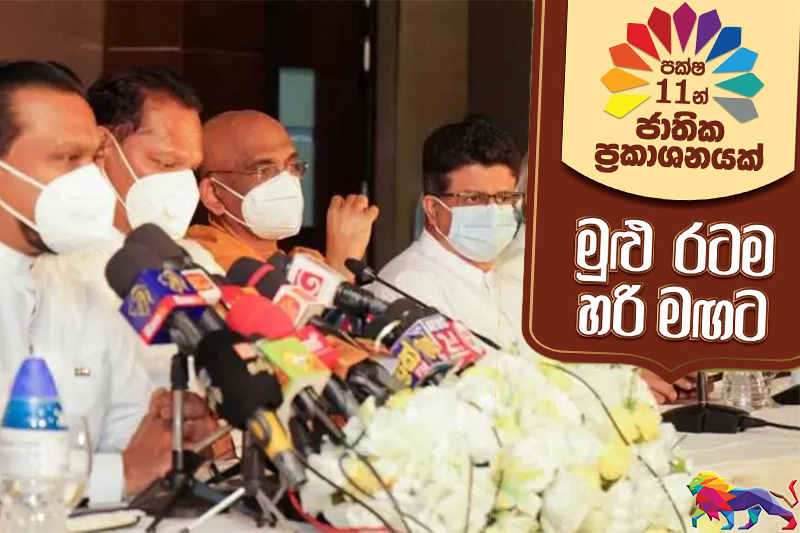 A set of alternative proposals formulated with a view to overcoming the multiple crises the country is facing today is scheduled to be launched by the constituent parties of the ruling SLPP alliance.

The proposal dubbed a national declaration will be unveiled at the Monarch Imperial Hotel today (02).

It is reported that the leaders of the constituent parties of the ruling coalition have decided to appoint a 'Leadership Council' to implement the proposals.

Commenting on the proposals, the leaders of the constituent parties said that the government's inability to address the worsening financial crisis among many other issues have compelled them to present these proposals.

Watch the live broadcast below.