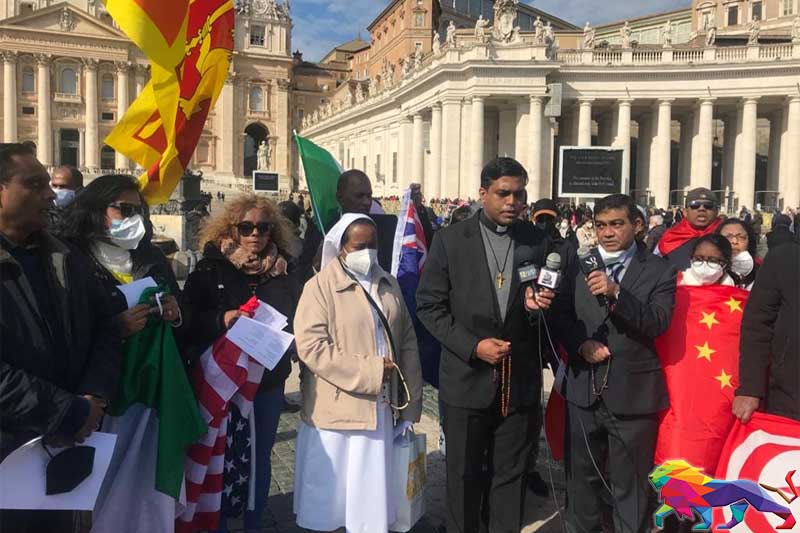 A group of Sri Lankans gathered at the Vatican yesterday (27) to hold a prayer session seeking justice for victims of the 2019 Easter Sunday attacks ahead of Cardinal Malcolm Ranjith's meeting with Pope Francis.

A large number of Sri Lankan Christians living in Australia, Canada, France and Italy had also participated by praying the rosary from their respective countries of residence.

Meanwhile, a delegation of Sri Lankan Catholics led by Cardinal Ranjith was scheduled to meet Pope Francis over the weekend. Following through with his promise to take Sri Lanka’s grievances to the Pope, Cardinal Ranjith hopes to work with the Vatican to advocate justice for the Easter Attack victims.