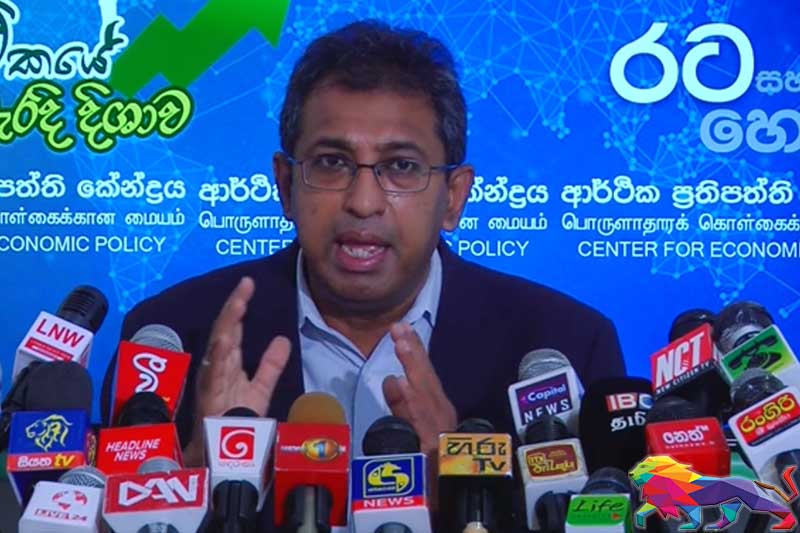 SJB lawmaker Dr. Harsha de Silva yesterday (21) urged the Government to table in Parliament an International Monetary Fund (IMF) economic report on Sri Lanka which will be taken up at the Executive Board on February 25.

On the 25th of February, the IMF will present their analysis on the Sri Lankan economy in Washington, DC. We urge the government to present the IMF Article 4 report to Parliament and table it, in order for us to have a constructive debate and come to a working plan, regardless of political affiliations," he said.

Former Prime Minister Ranil Wickremesinghe said earlier this month that he would make a special statement on Sri Lanka's economic crisis and the appropriate measures that need to be taken to resolve it after the conclusion of the International Monetary Fund's (IMF) Executive Board Meeting.

The SJB MP pointed out that there is no consensus within the Government on whether they should move ahead with an IMF programme.

"The government has no idea as to what they should be doing. On one side, Finance Minister Basil Rajapaksaa states that he is ready to engage with the debtors but on the other hand, the Governor of the Central Bank reiterates to international media that there is no need to engage with the IMF. Independent economists and the opposition have repeatedly stated that home-grown solutions will not fix this and we need to seek international support immediately," he said.

He further pointed out that a coupon system to ration fuel and essential goods as proposed by Minister Vasudeva Nanayakkara would be impractical.

"The shortage of dollars has resulted in a shortage of oil, which has translated into a power shortage. We cannot go on much longer, as these problems have also led to instability within the local banking system.

A certain government minister has stated that we should establish a ‘Thel Potha’ similar to the ‘Hal Potha’, where are we heading without any sustainable solutions?

Moreover, GSP+ may be in jeopardy as well due to actions taken by this government. The vital export sector is the only thing that is holding us above water.

We have to go beyond political biases and find a solution to this economic mismanagement immediately," he added.