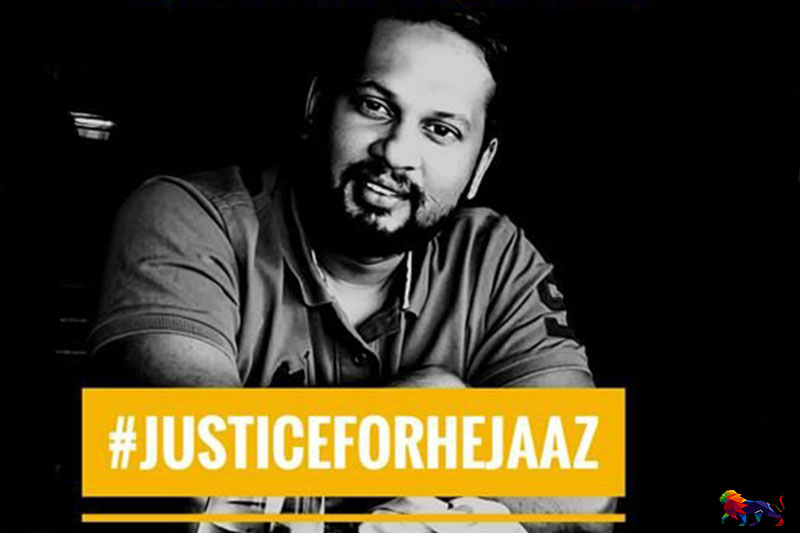 The Court of Appeal on Monday (7) ordered to grant bail to Attorney-at-Law Hejaaz Hizbullah who was arrested and remanded under the provisions of the Prevention of Terrorism Act (PTA).

The order was issued by a judge bench comprising Justices Menaka Wijesundera and Neil Iddawala after accepting a motion filed on behalf of Hejaaz Hizbullah seeking his release on bail.

Attorney-at-Law Hejaaz Hizbullah was arrested on the 14th of April 2020 for his links to a Madrasa School in Puttalam where sermons on extremism were presented to students.

After 18 months in detention, an application was made with the Puttalam High Court seeking bail for Hejaaz Hizbullah in the case filed by the Attorney General under the PTA.

Meanwhile, Attorney-at-Law Viran Corea, posting on Twitter, said that the Appeal Court order granting bail to Hejaaz Hizbullah recognises the need for Parliament to remove draconian elements of the Prevention of Terrorism (Temporary Provisions) Act and that its the Court's duty to exercise jurisdiction in the given circumstances. 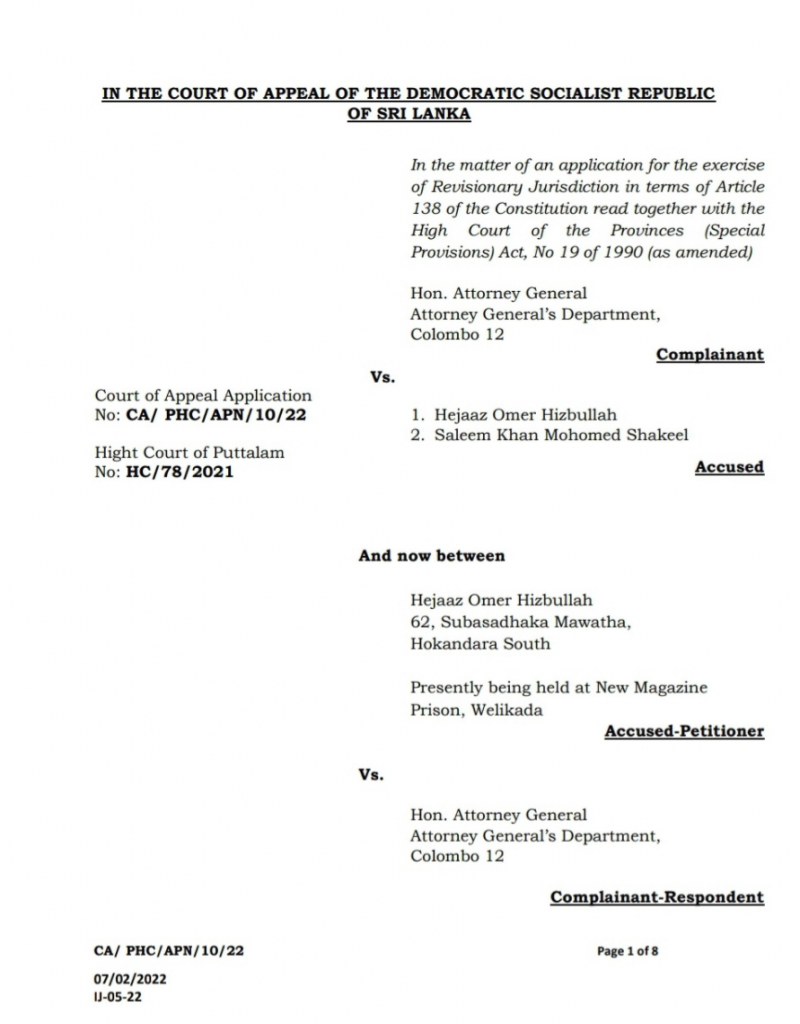 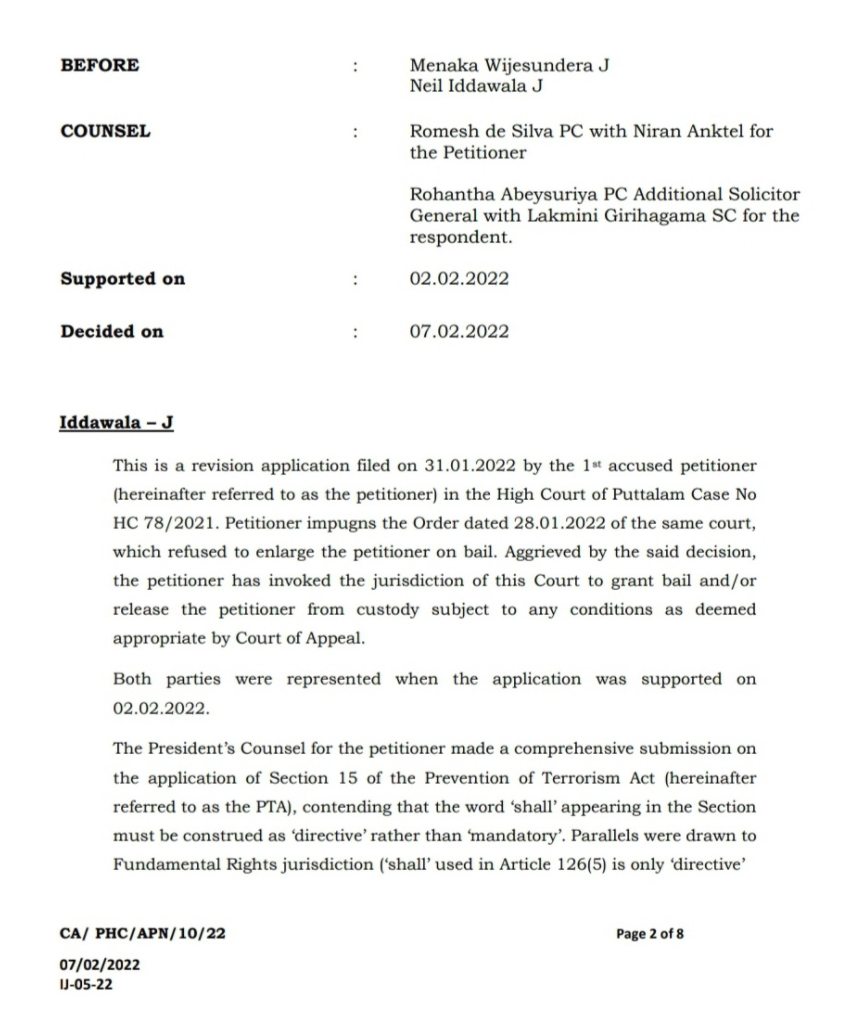 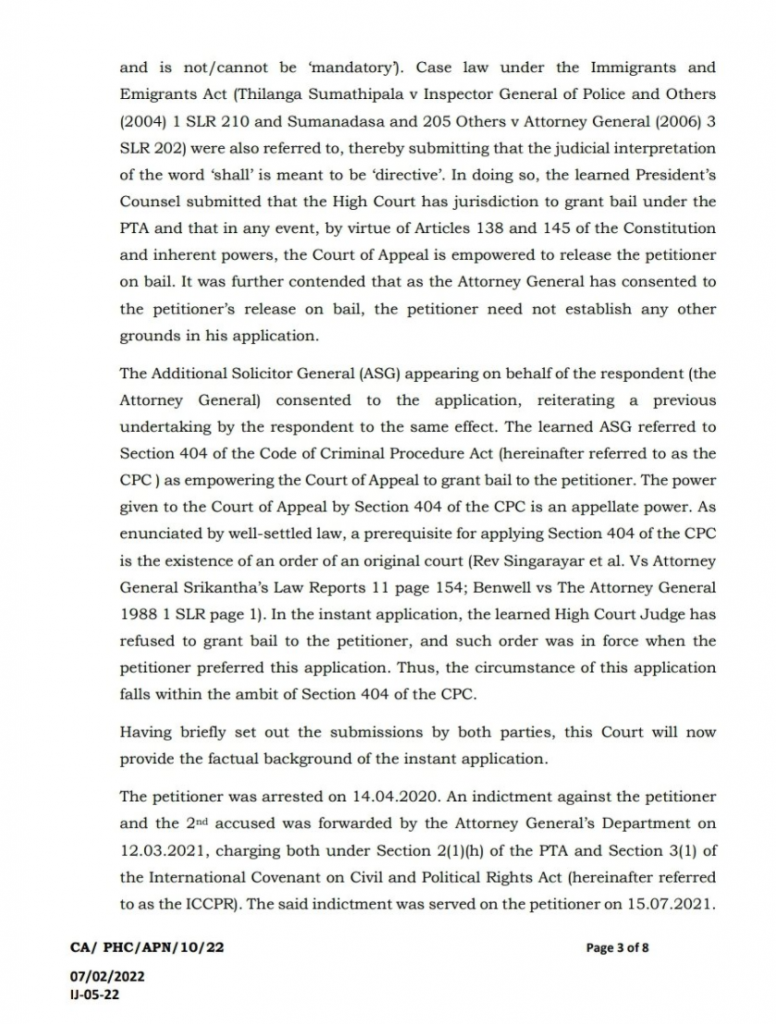 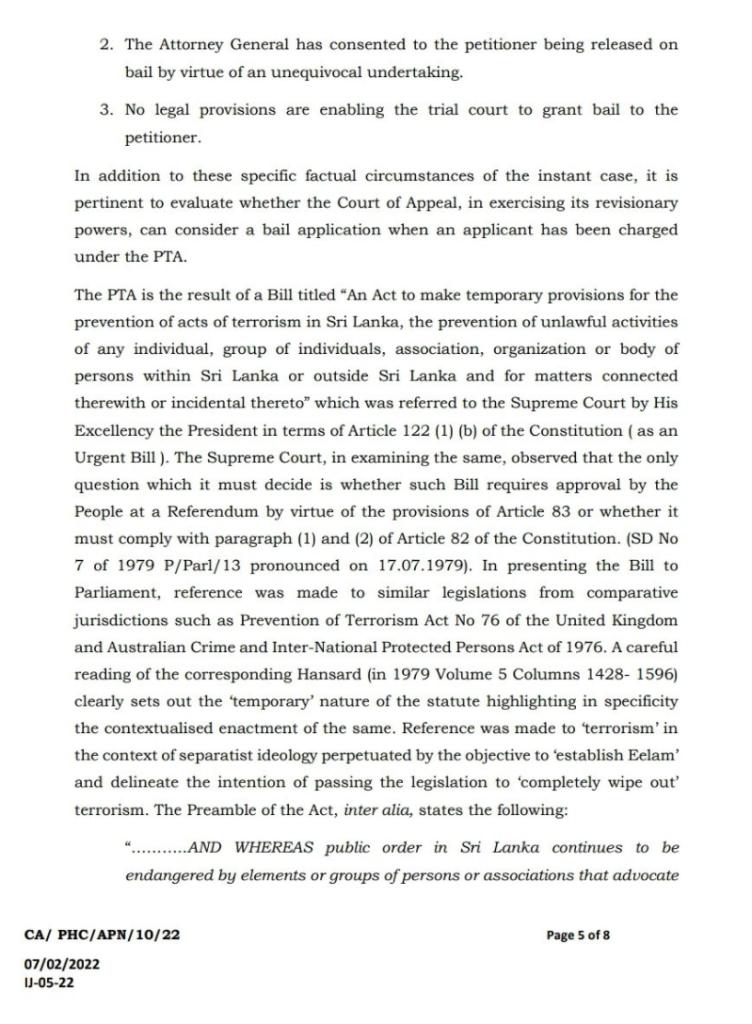 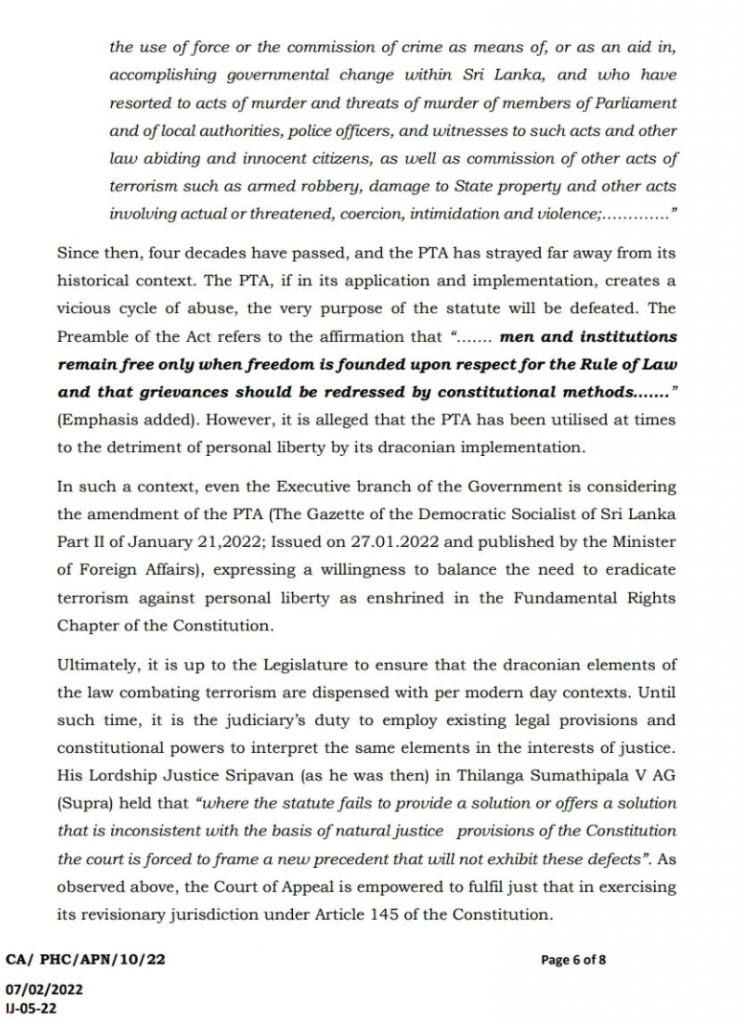 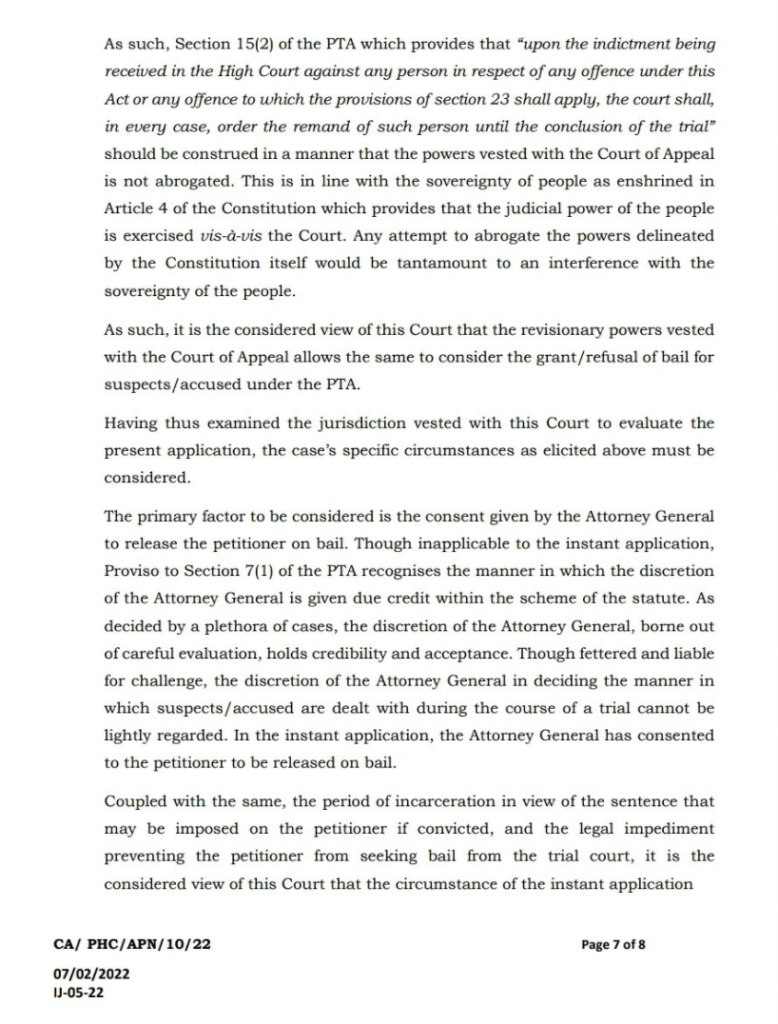 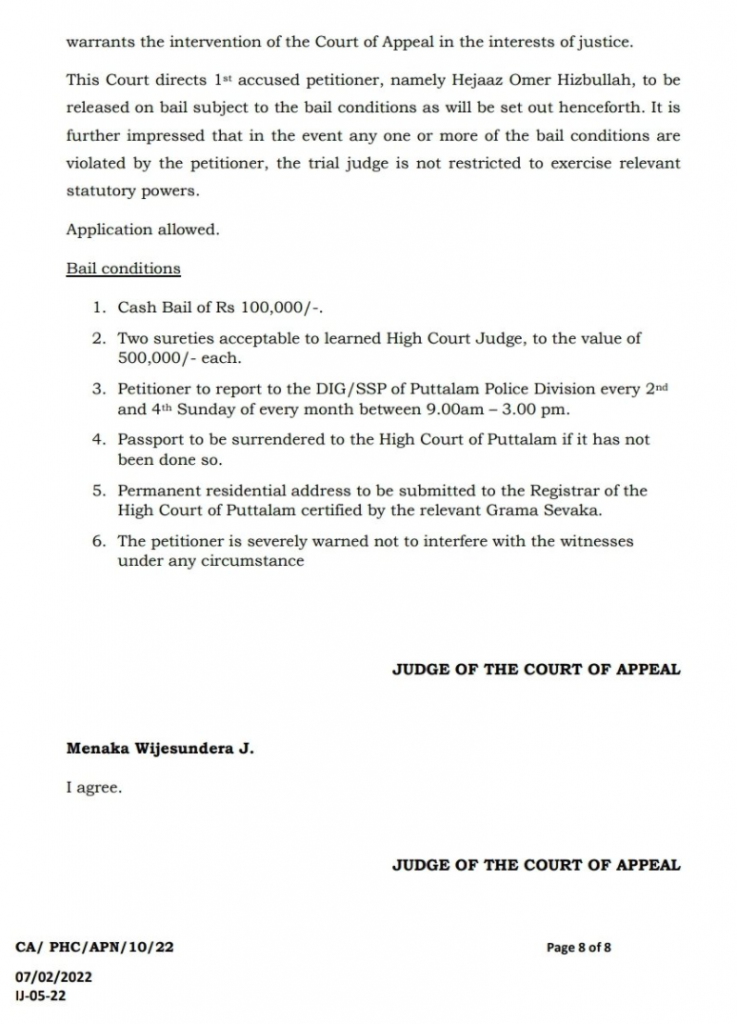 Arrest of attorney-at-law Hejaaz Hizbullah is "illegal and arbitrary"