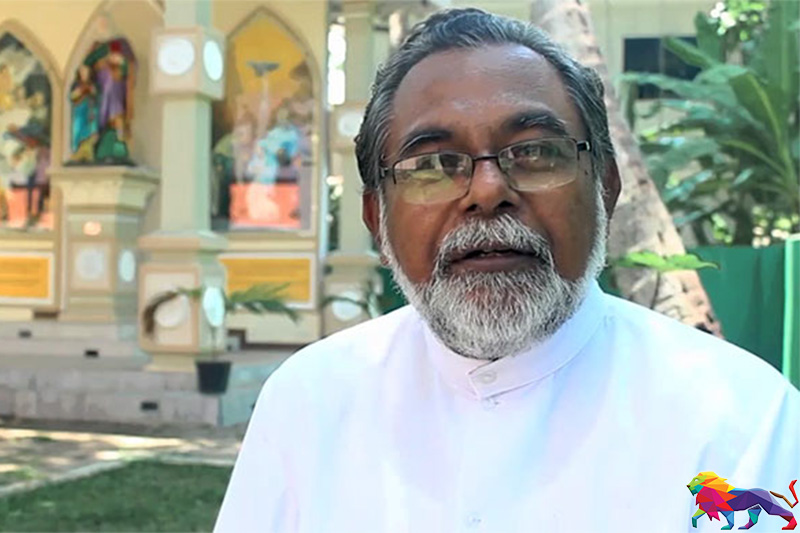 Reverend Father Cyril Gamini, the Director of the National Catholic Centre has expressed concerns after the Criminal Investigation Department (CID) had summoned an individual who had responded to a Facebook post on the Easter Sunday attack shared by him on his personal social media account.

Kumara Joseph, a resident of Pannipitiya, was summoned to appear before the CID on February 05.

“We celebrated our independence recently but in reality do we have any freedom? Freedom of speech is a fundamental human right. But today we live in a society where you get summoned by the CID for expressing your views. This makes people reluctant to express what they feel,” he said.

“Our rights must be respected. We do not use freedom of speech to defame anyone. It is not appropriate for a democratic country to bully innocent people in such situations,” he added.

Urging the government to protect freedom of speech in the country, he also noted that in the current situation, the CID and the Police have greater tasks to carry out. “We ask them to conduct thorough investigations,” he said.

According to reports, the man summoned to the CID had been questioned for over five hours in connection to a comment he had posted in response to a Facebook post by Rev. Fr. Cyril Gamini.

Speaking to reporters, Kumara Joseph stated that the CID had questioned him of his association with His Eminence Malcolm Cardinal Ranjith, Fr. Rohan Silva, Fr. Julian Friedrich and Fr. Cyril Gamini.