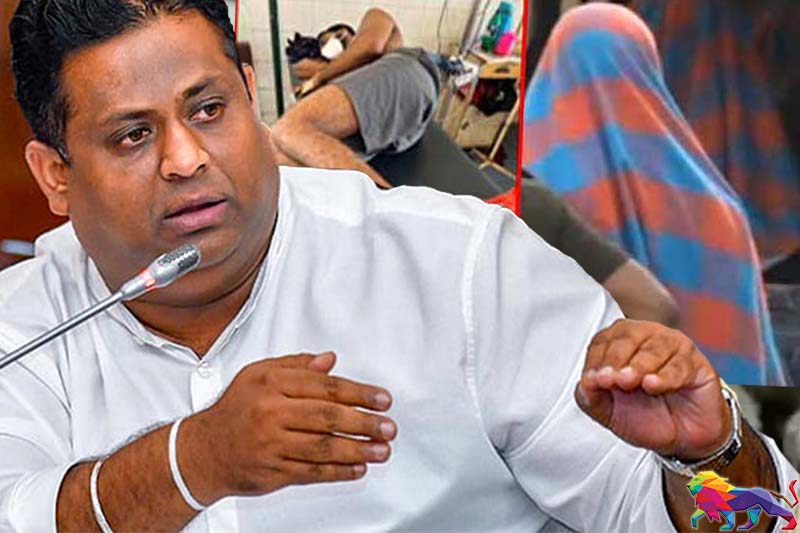 The son of State Minister Arundika Fernando has been arrested over the assault on a group of students of the Kelaniya University's Faculty of Medicine in Ragama.

Sri Lanka Police said the 23-year-old suspect was a resident of the Dankotuwa area in Walawwatta, adding that he was arrested after surrendering to the Ragama Police through a lawyer.

The BMW used by the assailants was meanwhile taken into custody in the area of Kalubowila, the police said.

A total of seven suspects involved in the incident are currently under arrest on charges of assault, causing injuries, forceful entry, unlawful assembly and misuse of a vehicle belonging to a state institution.

Six were apprehended yesterday and five of them were remanded after being produced before the court. The other suspect, an injured student, is being treated at the Negombo Hospital.

The arrestees are slated to be taken to Welisara Magistrate’s Court for an identification parade.

Speaking to the media when he arrived at the hospital to see a medical student who was being treated for injuries, the State Minister said that if the incident with regard to the assault on Ragama Medical Faculty students was proven to have a connection with him, he will resign from his position.

When 'Lanka Leader' reached out to the Office of the State Minister for comment, an official in the personal staff of Arundika Fernando stated that the Minister had received a phone call from one of his close friends, Yohan Kanishka Senarath Paranavithana, a student of the Ragama Medical Faculty who had informed the Minister that he was being ragged by a group of students. The clash had taken place once the son of the State Minister had gone to inquire about it, the official said.

It is learnt that Jehan Fernando and Yohan Paranawithana were batchmates at Royal College.

Jehan Fernando had joined the Sri Lanka Air Force immediately after completing his education but had left the service due to personal reasons.

Yohan Paranavithana who had sustained injuries during the clashes has been admitted to the Negombo Hospital for treatment.