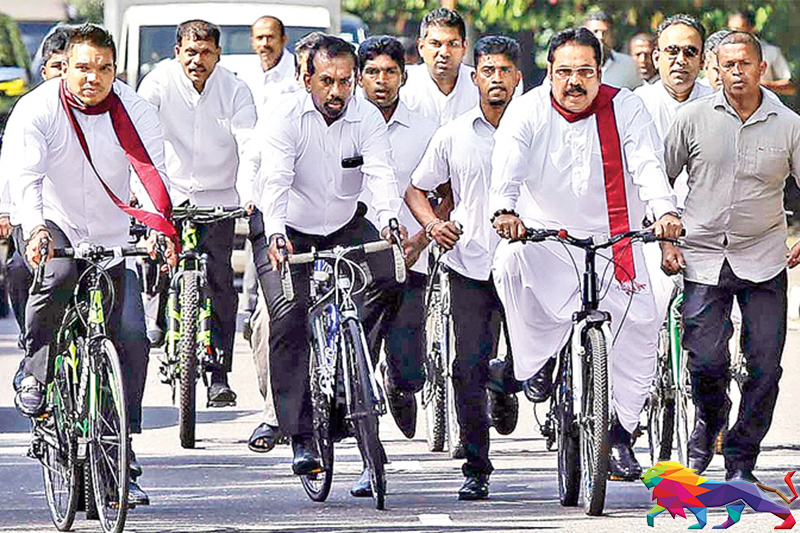 The Sri Lankan government has turned its focus to call on the public to switch to bicycles for transport amidst the ongoing fuel and forex crisis.

However, the proposal does not appear to apply to government ministers or MPs. Environment Minister Mahinda Amaraweera said the suggestion has been made to reduce pollution and for a number of other reasons.

Minister Amaraweera stated on Wednesday (January 26) that a Cabinet Memorandum has already been prepared to take steps to promote the use of bicycles.

Accordingly, it has been decided to set aside a lane on each road for cycling and to introduce a rewards programme to provide certain benefits to cyclists in institutions affiliated to the Ministry of Environment.

The Minister said the mode of transport will be promoted to reduce air pollution, prevent wastage of time and control many non-communicable diseases due to the use of bicycles.

Accordingly, using a bicycle can save Rs. 236.48 per kilometer and the profit to the government would be Rs. 339.98 per kilometer, the Minister pointed out.

Amaraweera also said governmental assistance will be sought to take steps to introduce this programme to public and private institutions.

President Gotabaya Rajapaksa said the country would move towards renewable energy in his speech to a new session of Parliament January 18, 2022.

President Rajapaksa also announced that his government’s goal was to achieve the carbon neutral target by 2050.

He said that 20% of the import expenditure is spent on crude oil.

“When the total export earnings are less than USD 1,000 million a month, we have to spend about USD 350 million a month on crude oil alone. About 70% of the imported oil is used as fuel for vehicles,” he added.