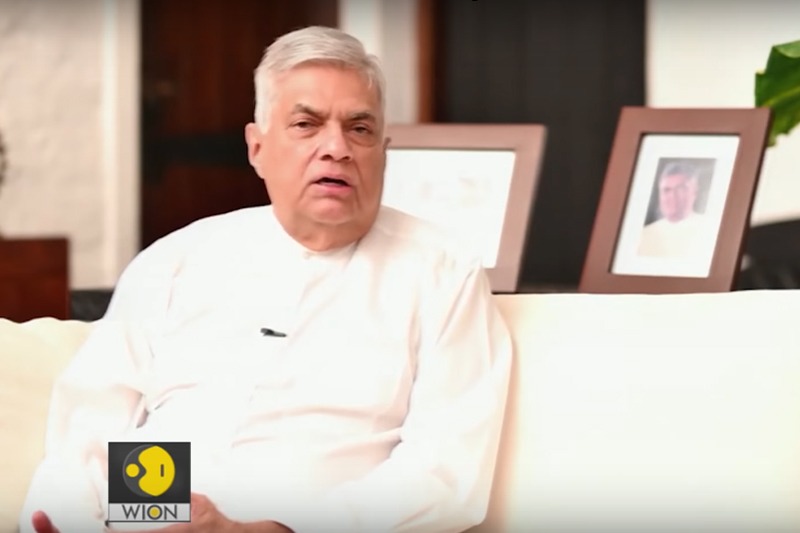 Commenting on the recent steps taken by the government to rectify the economic issues plaguing Sri Lanka, former Prime Minister Ranil Wickremesinghe said the government has failed to take adequate measures to avert an economic crisis.

“We have some fundamental issues we must address. If they are not addressed these steps will not suffice,” he said. “There is the question of the foreign exchange reserves, issues relating to the falling revenue which is a trillion rupee gap,” he added.

Wickremesinghe denied the government’s allegations claiming the former government led by Wickremesinghe was also responsible for the current financial crisis faced by Sri Lanka describing it as a crisis that was in the making.

In an interview with indian news outlet WION this week, Wickremesinghe denied it was ever a crisis in the making despite the country facing economic issues from time to time.

“We did have an issue relating to debt repayment in 2015, but by 2017, we had a surplus in the primary budget. It was the first time a surplus was recorded in 60 years,” Wickremesinghe noted. He added that the former government was building upon it despite the various issues faced in 2019. “We did not fair badly despite the bomb attack, but we picked up once again in the next six months,” he said.

He also noted that the government's unpreparedness for Covid also aggravated the issue. He said it was predictable that foreign exchange reserves would deplete during the pandemic and the government should have prepared for it.

Noting other issues that may arise, Wickremesinghe said the government may not have sufficient funds to pay the pensions of government employees in the future and that it has also failed to consider the relevant expenditures due to climate change. “These must be tackled now,” he said, adding that only a long term plan could resolve the current crisis.

Pointing out that there are certain misconceptions about the IMF, he said the government must move forward with the IMF programme.

"I think they have some misconceptions about the IMF. Notion that they will want government employees to be reduced, which is not the case. I've spoken with the IMF and with the World Bank. And I think they want to form a consortium to help Sri Lanka out. But they won't go to the IMF. Basically, the people who got together and formed this Viyathmaga, people who were against reforms, against restructuring, against opening out, against dealing with India, against MCC. Now, we are paying the price for that," he said.

When asked about his participation at a ceremony in the Port City that was held under the patronage of President Gotabaya Rajapaksa and Chinese State Councilor and Foreign Minister Wang Yi, the former Prime Minister said that he was invited to the ceremony which launched a series of events marking the 65th anniversary of the establishment of diplomatic ties between China and Sri Lanka, and the 70th anniversary of the signing of the Rubber-Rice Pact.

Wickremesinge recalled that it was D.S. Senanayake, Sri Lanka's first Prime Minister and the founder of the UNP, who was one of the first to recognise China and that they had celebrated the rubber-rice pact which was done under the UNP Government.

Currently, Sri Lanka's financial crisis continues to deepen as inflation rates continue to rise in the country. The economic meltdown has been compounded by a low growth rate and huge debt service repayment obligations.