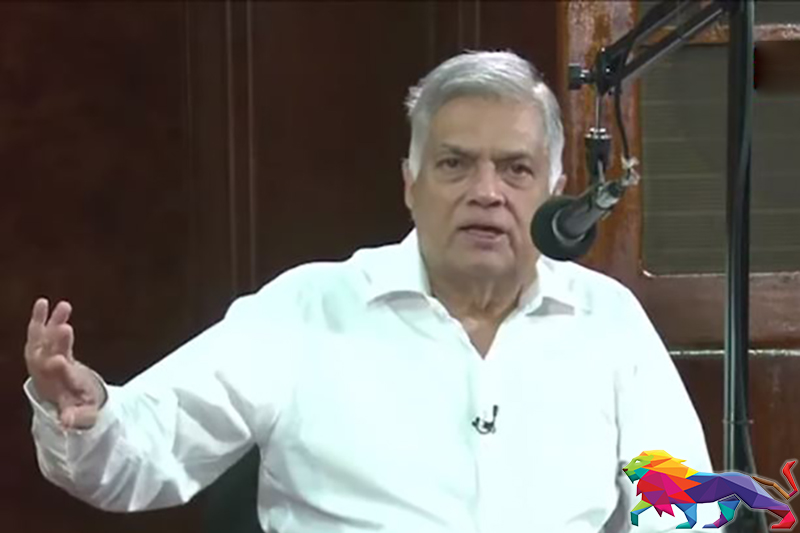 Former Prime Minister Ranil Wickremesinghe says that assistance should be sought from the International Monetary Fund (IMF) to stabilise the economy.

Participating in the 'Dasadesin Hatha' radio show on SLBC, he noted that moving with an IMF programme will not hurt the country.

Mr. Wickremesinghe emphasised that Sri Lanka should explore all available avenues to shore up the country's foreign exchange reserves.

Pointing out that the International Monetary Fund (IMF) and the World Bank are institutions in the United Nations system, he said that the IMF provides advice to member countries and promotes policies designed to foster economic stability, reduce vulnerability to economic and financial crises, and raise living standards.

Basil is aware of the IMF's role

The Mahaweli Development Project (MDP), the largest irrigation-based agricultural development programme in Sri Lanka and one of the largest agriculture-related programmes in the world was implemented with the development aid extended by the IMF among others.

The former Prime Minister recalled how Sri Lanka's economy had collapsed in 1989 due to escalating tensions in both the North and the South. He said that he had discussions with the IMF even back then, adding that the IMF had provided assistance to build 500 garment factories and to implement the 'Janasaviya' poverty alleviation programme under President Premadasa.

He went on to explain how the country's fledgling economy in 2001 was stabilised with the assistance of the IMF. He said that Sri Lanka had also ensured self-sufficiency in rice at that time.

The Sri Lankan government, including the Central Bank, has received numerous technical assistance from the IMF since it became a member. These have covered areas such as tax administration, macroeconomic forecasting, the drafting of new income tax legislation, financial sector regulations, and improving national statistics.