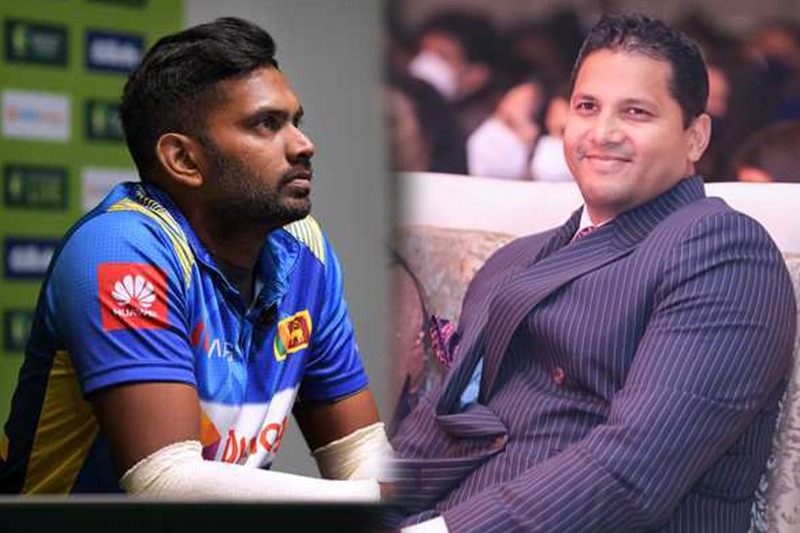 Sri Lankan white ball dashing batsman and cricketer Bhanuka Rajapaksa submitted his resignation to Sri Lanka Cricket stating that he will no longer be available to represent the country as a professional cricketer.

The submission of his resignation came as a shock to his fan base who soon took to social media to share their disappointments and disbelief.

There were some who even took the mickey on social media by stating a 'Rajapaksa' resigned, providing hope to many that it was a member of the ruling party who happens to share the same family name as Bhanuka.

But the all important question as to why Bhanuka Rajapaksa had made this sudden decision continued to baffle many.

Some reported that Rajapaksa had signed up with a team to play the Bangladesh Premier League for a huge amount of money and that the Zimbabwe Tour to Sri Lanka and the One Day International series scheduled from the 16th to 21st January 2022 was clashing with his franchise league commitments.

Reports stated that Bhanuka Rajapaksa had already signed up with the Khulna Tigers franchise team in Bangladesh to play their league from the 21st January to the 18th of February 2022 for USD 75,000.

In hindsight there was no guarantee that Bhanuka would be in the Sri Lanka playing eleven for the ODI series against Zimbabwe which is scheduled to be played in Kandy.

He however would have been a certainty for Sri Lanka's 5 match T20 series that is going to take place in Australia in February 2022.

Meanwhile, SLC provided a press release stating that Bhanuka Rajapaksa had tendered his resignation along with excerpts of his letter of resignation.

Rajapaka's Letter of Resignation read: " The decision to resign was taken after considering his family obligations. “I have very carefully considered my position as a player, husband and am taking this decision looking forward to fatherhood and associated familial obligations.”

With that in the background, an instagram post by Bhanuka Rajapaksa along with a shared picture perhaps signified that perhaps it was the holy spirit who had spoken to him through a so-called Sri Lankan prophet named Jerome.

The shared photograph by Bhanuka Rajapaksa sees himself, his wife Sandrine and the so-called prophet Jerome along with his wife bearing a caption that read "Having a Prophetic discussion about 2022. The secrets are kept only for the green room....and future headlines". 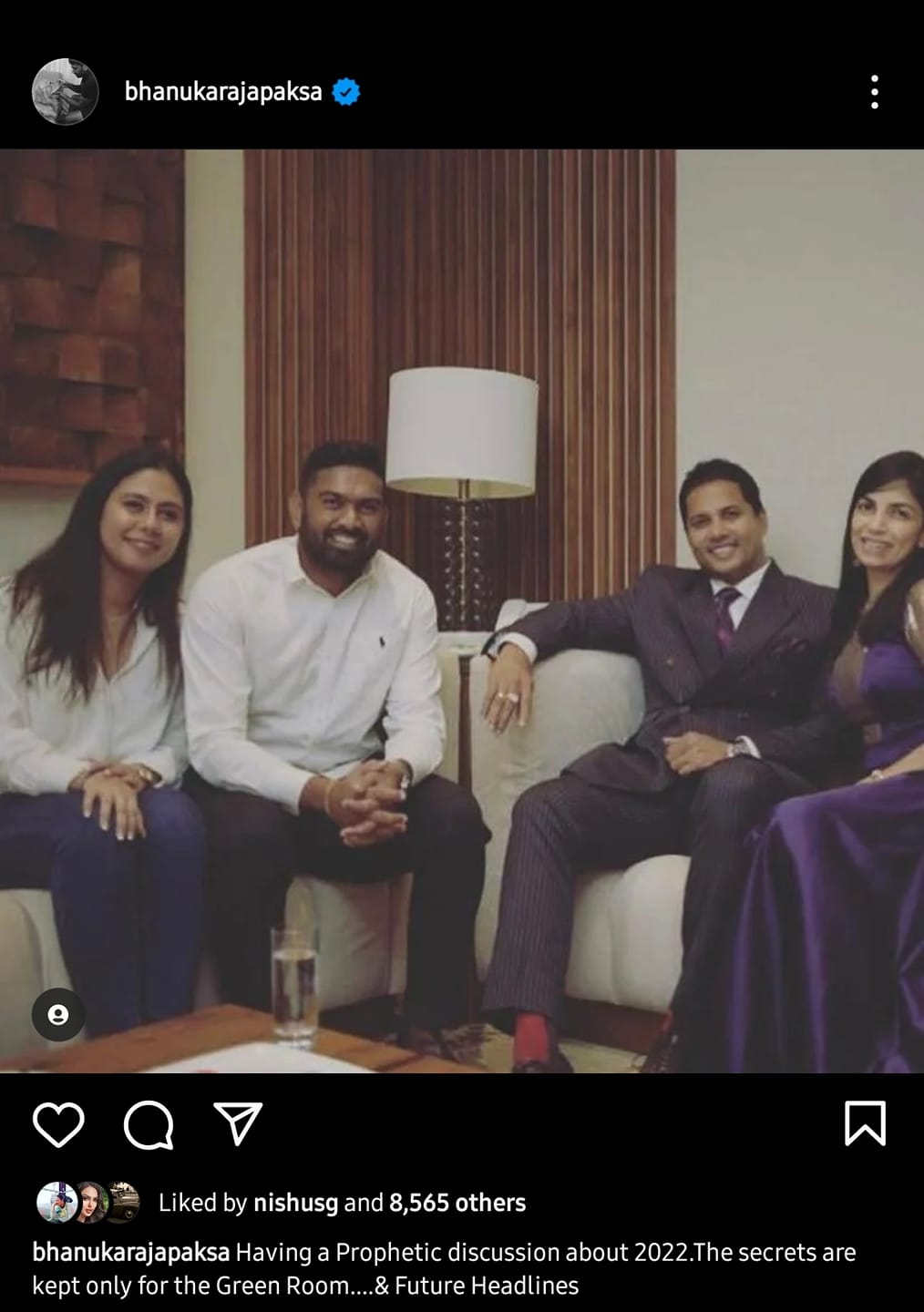 Whilst prosperity preaching has soon latched on in Sri Lanka with thousands of worshippers been hoodwinked to part with their wealth and riches, it appears that prophet Jerome has whispered a few sweet words of hope in the ears of the cricketer, who was born into a family that practiced Buddhism and now who is a converted to a 'Born Again' member of the Christian faith.

Practicing Christians often tithe or make a financial offering of a minimum of 10% of their earnings every month and going by the broad smile on prophet Jerome's face in the picture, it appears that he seems elated to have netted a big fish who had just begun to earn big bucks as a professional national and franchise based cricketer.

However, some are of the opinion that Bhanuka Rajapaksa is set to take wing to the USA on a professional long term US national playing contract.