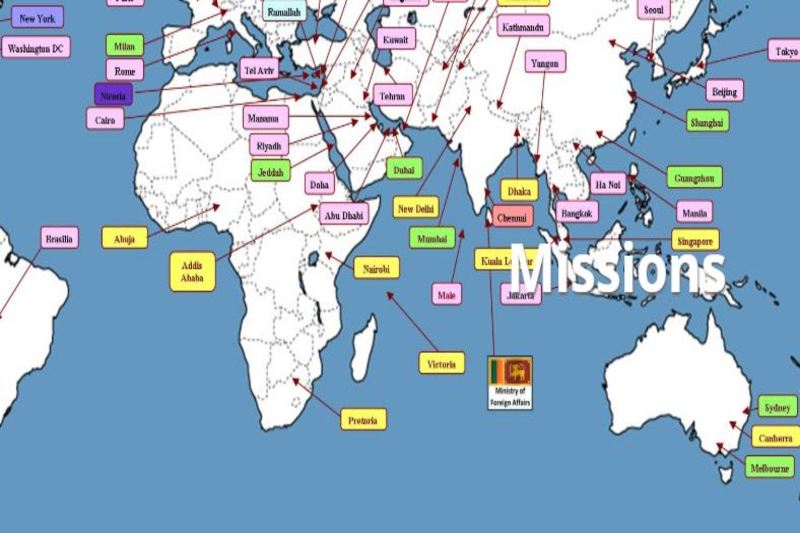 Sri Lanka announced on Monday the closure of three overseas diplomatic missions as part of a restructuring bid to save the country's much-needed foreign currency reserves and minimising expenditure in the wake of grave economic challenges posed by the COVID-19 pandemic.

"The restructuring is undertaken with a view to conserving the country's much needed foreign reserves and minimising expenditure related to maintenance of Sri Lankas missions overseas," the ministry said in a statement.

Sri Lanka's tourism-dependent economy was severely hit by the pandemic and the government in March last year imposed a broad import ban to shore up forex reserves, triggering shortages of essential goods such as fuel and sugar.

The island nation is currently facing shortages of essentials in the face of dwindling reserves. At the end of November, a little under USD 2 billion in reserves were able to meet only a month's imports.

The government in mid-November ordered the shutting of the only oil refinery due to the shortage of dollars to pay for crude oil imports.

The exporters have faced forced conversions of their export earnings into local rupees and the migrant workers were offered incentives to send dollars through the central bank system when the official conversion rate was pegged at 200 rupees to a dollar.

Fitch downgraded Sri Lanka's sovereign rating to CC' from CCC' this month, saying there is an increased probability of a default in coming months in light of the country's worsening external liquidity position underscored by a drop in foreign-exchange reserves.

The New-York based rating agency said it will be difficult for the government to meet its external debt obligations in 2022 and 2023 in the absence of new external financing sources.

Obligations include two international sovereign bonds of USD 500 million due in January 2022 and USD 1 billion due in July 2022, it said.

The bank said Sri Lanka has successfully met its debt obligations by repaying foreign loans, including the payments of the International Sovereign Bonds.

Progress is being made in negotiations on other arrangements to bring in inflows, the Central Bank of Sri Lanka (CBSL) said in a statement on Wednesday.

Although no details of the expected inflows were given, the officials said a USD 1.5 billion swap with China was in the offing.