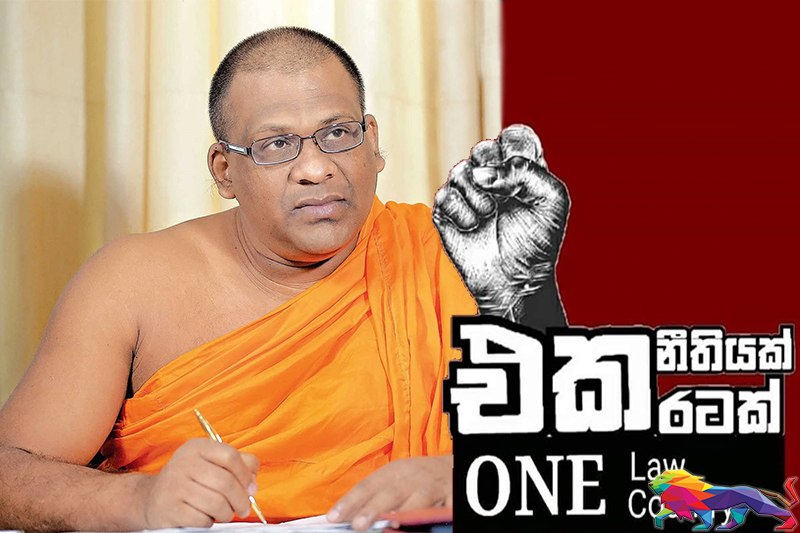 Participants in the “One Country, One Law” Presidential Task Force’s (PTF) public consultation held at one of the divisional secretariats (DSs) in the Eastern Province alleged that the discussion was held predominantly in Sinhala, with no proper translators or language interpreters, which severely limited the accessibility of the public consultation.

“They only spoke in Sinhala and there were no translators to translate the dialogue. If a person spoke in Tamil, it was translated with support from the crowd, but this was a very basic translation. Also, there were only about 25 participants at the meeting at the DS,” a participant told The Morning yesterday (9).

He further said that a monk from the area, allegedly known to incite tensions within communities, had spoken at great length during the consultation.

“While we understand that the concept behind the establishment of the said Task Force is productive, we felt that the consultation was mainly focused on the needs of Buddhists as opposed to those of us who are living in the area.”

However, when The Morning spoke to the said Task Force’s Chairman and Bodu Bala Sena (BBS) General Secretary Ven. Galagodaaththe Gnanasara Thera, he said that there had been no language problems at the public consultations.

“There was no problem at all. Many people could speak Sinhala and even if there was a problem, people in the crowd helped with the language barriers. We also took translators with us,” the monk said.

He added that mostly educated individuals had participated in these consultations and that the positive reaction and response to the consultations held so far was overwhelming.

The Presidential Media Division (PMD) said that the Task Force received a warm welcome in the Eastern Province, after which it had held public consultations at the Batticaloa and Valaichchenai DSs. The Task Force had also visited several mosques in the area.

However, speaking in Parliament on Wednesday (8), Illankai Tamil Arasu Kadchi (ITAK) Parliamentarian Shanakiyan Rasamanickam criticised the PMD’s actions and questioned whether it is the responsibility of the PMD to make such statements.

“When the PMD said that Gnanasara Thera received a warm welcome, do they mean that it was hot there? Everyone in the Eastern Province is against this Task Force. Look at the state of the PMD? Is this what the PMD is there for? It is clear that there is Buddhist extremism in Sri Lanka. We heard phone recordings which were recently released where we all heard the way Gnanasara Thera spoke to another monk. While I appreciate the other monk’s patience in his responses, look at the way we are heading as a country,” he said.

Recently, President Gotabaya Rajapaksa appointed a Task Force to formulate a conceptual framework for the concept of “One Country, One Law”, chaired by Ven. Gnanasara Thera, who has been accused of inciting hate and violence towards the Muslim community. The Task Force garnered criticism from various quarters, including the Bar Association of Sri Lanka (BASL).

In August 2018, Ven. Gnanasara Thera was sentenced to prison for six years after being found guilty of contempt of court over his conduct during a court hearing regarding the case of missing journalist Prageeth Eknaligoda. However, he only served a few months of this sentence as he was granted a presidential pardon in May 2019 by then President Maithripala Sirisena.