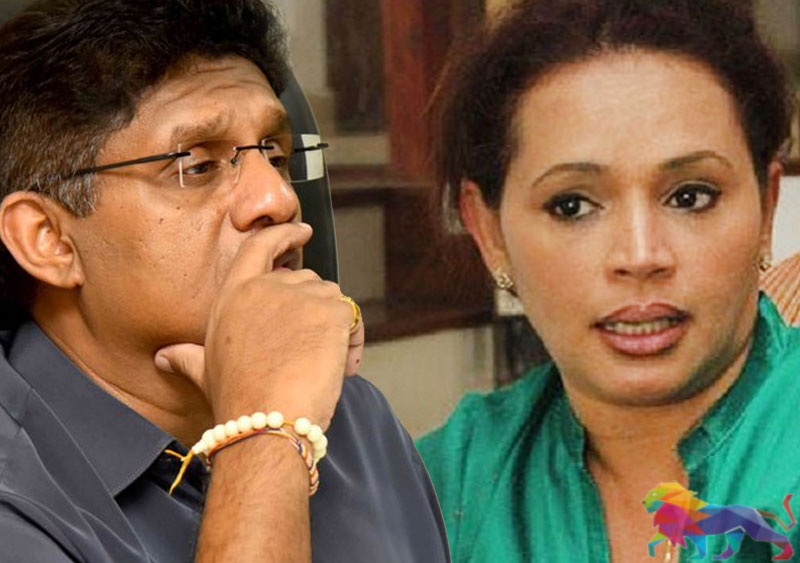 Despite leaders of the Samagi Jana Balawegaya (SJB) claiming that its national list MP Diana Gamage has been expelled from the party, the Election Commission maintains that she continues to be the Deputy Secretary of the SJB led by Sajith Premadasa.

This information was revealed by the Election Commission as response to a request for information under the Right to Information Act provided on December 04, 2021.

The Elections Commission has confirmed this in response to a query made by Sanjeewa Wimalagunarathna regarding women representatives in leadership positions of recognised political parties.

MP Diana Gamage was supposedly expelled from the SJB for violating party discipline by supporting the ruling party to bring in the 20th Amendment to the Constitution which in turn handed full executive powers to the President.

However, Diana Gamage has continuously maintained that she retains the ownership of the SJB.

Apart from Diana Gamage, only Chamathka Bandara Ratnayake, the party's Education Secretary, represents the women's wing within the SJB leadership.

Another important fact revealed through the information provided by the Election Commission is that there is barely any female representation in the leadership of many recognised political parties in Sri Lanka. 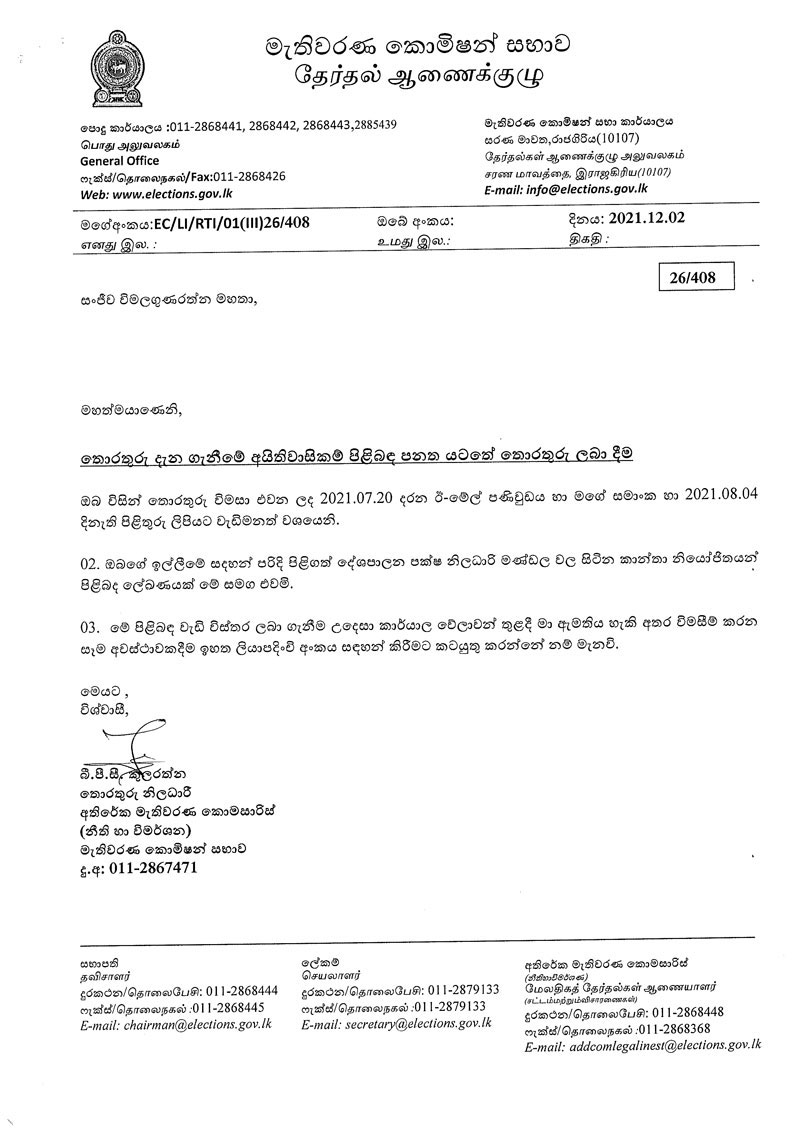 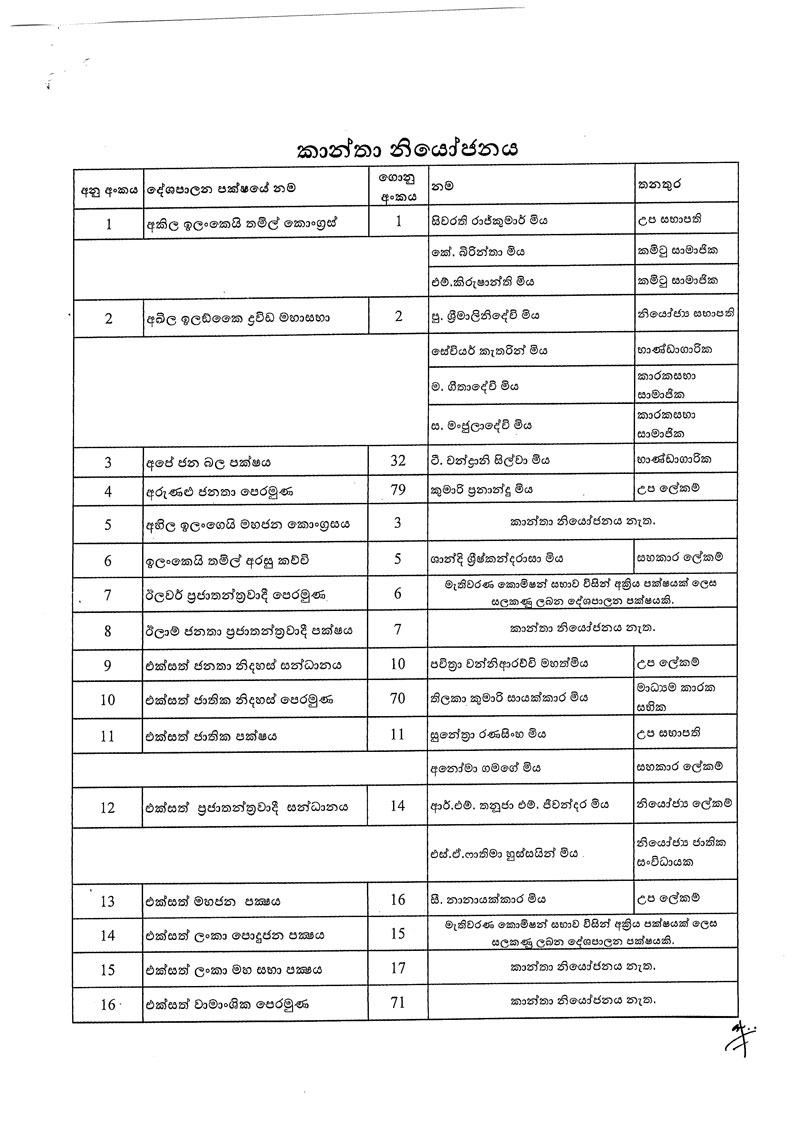 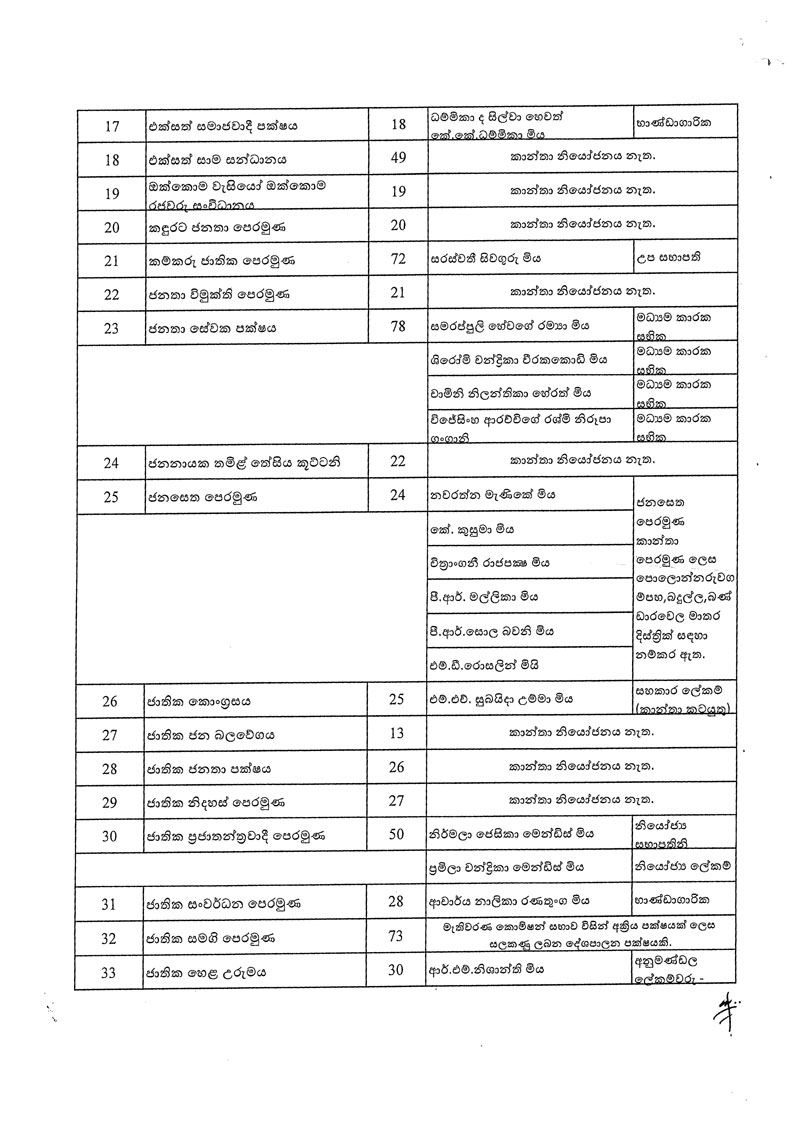 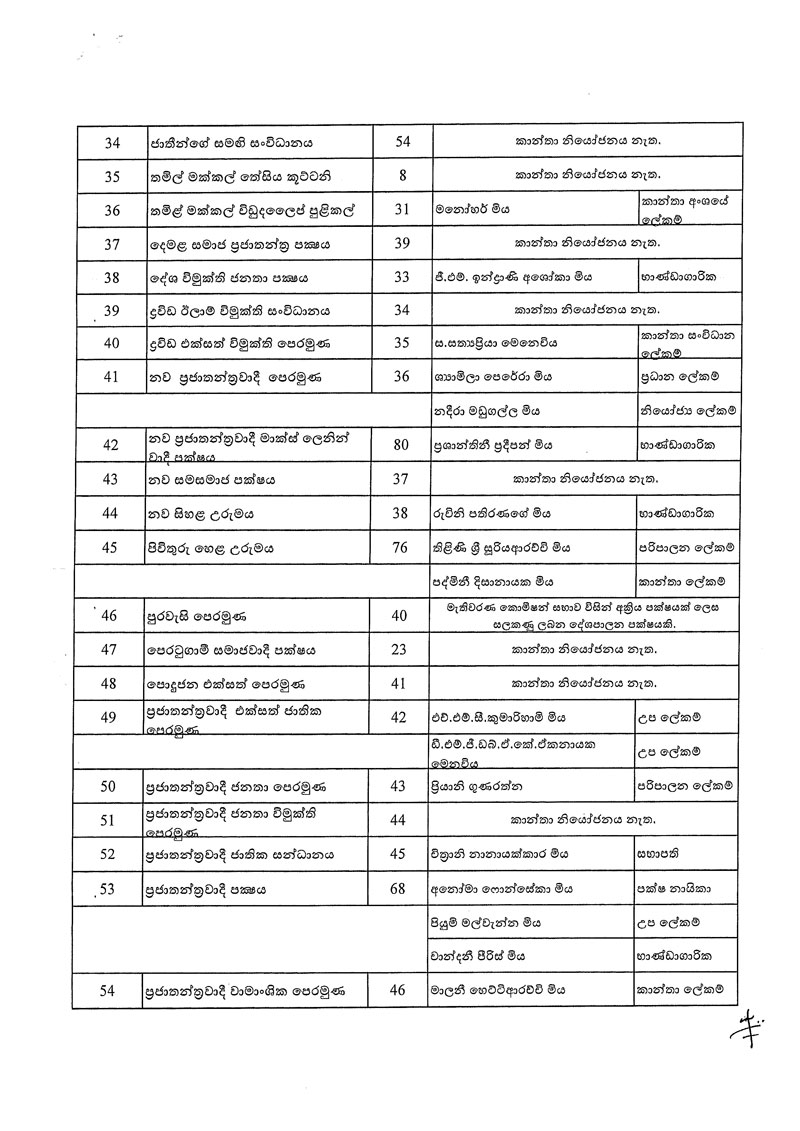 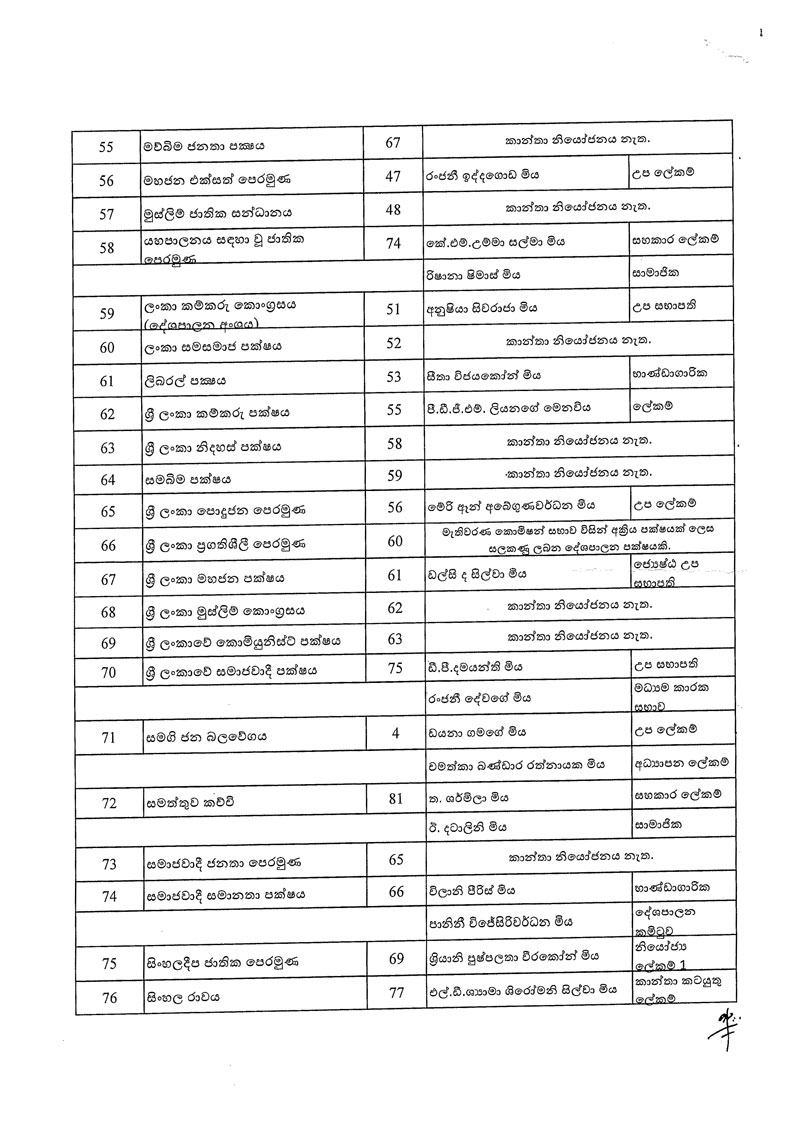