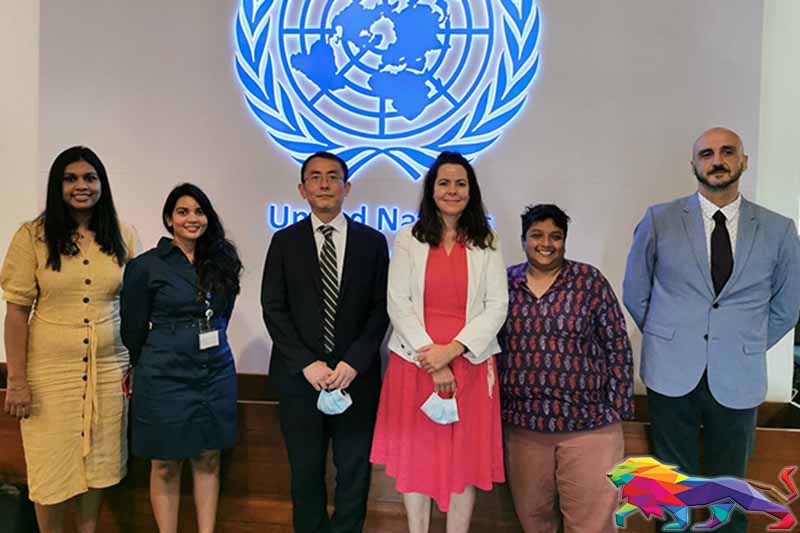 It has been revealed that more than 200 Sri Lankan women have committed suicide after failing to pay high interest loans obtained from unregulated finance companies.

The severity of the debt trap that has led to these deaths was revealed by a UN Special Rapporteur who visited the country at the invitation of the government.

“Many women fall prey to debt because of the high interest rates charged on loans. As a result, more than 200 women have committed suicide,” Special Rapporteur on contemporary forms of slavery Tomoyo Obokata told journalists in Colombo.

Obokata met with representatives of the Human Rights Commission, civil society organisations, trade unions, as well as human rights defenders, academics, migrant workers and victims of labour exploitation, according to the UN office in Sri Lanka.

President Gotabaya Rajapaksa too had assured to intervene in the matter as announced on the 'Vistas of Splendour and Prosperity' policy statement.

"We have observed many village women falling victim to unregulated micro finance schemes charging exorbitant interest rates. We will identify such predatory schemes and ensure relief to such victims," it said.

However, it is clear that the President has not been able to fulfil his pre-election pledge as thousands of women continue to fall prey to these unregulated finance companies.

The Special Rapporteur said that he is deeply concerned that the government is yet to take any effective or timely action to regulate and monitor these exploitative microfinance companies. "The result is that these (micro finance institutions) have been allowed to continue their work without any hindrances,” he noted.

The Special Rapporteur also said that the Sri Lanka government had taken into account a number of recommendations made during his visit and assured that steps would be taken to introduce new legislation to regulate these institutions.

The final report of the UN Special Rapporteur on contemporary slavery will be presented at the UN Human Rights Council in Geneva in September, 2022.

Debt - the most prevalent source of slavery

In contemporary Sri Lanka, unpayable debt accrued through microfinance loans has been driving exploitation, dispossession, and conditions resembling debt peonage, a Collective of Women Victimised by Microfinance Debt said, adding that debt is the most prevalent source of slavery.

"A chain of high-risk loans disbursed at usurious rates to women with no regular income has wiped their savings and assets. Doubly bounded by the obligation to repay debt and to take care of her family, the indebted woman is forced to labour in dangerous and low-paid jobs, i.e., as manpower workers in the garment factories, indentured labour in the Middle East, daily wage labourers in the agricultural farms or as prostitutes. As examples from the plantations, rural and post-conflict areas show, unpayable debt has also forced children out of schools and brought about child labour," the Collective pointed out.

An estimate of 2.8 million women are trapped in unpayable debt related to microfinance. Financial violence emanating from injurious microfinance compounds domestic, workplace and legal violence that women undergo. As a result, more than 200 women have committed suicide.

Meanwhile, the Law and Society Trust (LST), a not-for-profit organisation engaged in legal research, advocacy and human rights documentation said that in the decade since the end of the war, the exploitation of vulnerabilities between microfinance institutions (MFIs) and rural farming communities in Sri Lanka, predominantly from the North, East, North Central provinces and plantation areas have rapidly increased.

"The severity of exploitation and subsequent forms of violence behind this debt bondage incited by MFIs and its representatives was only raised as a national concern after surpassing a statistic of 200 debt-related suicide records in the country," they said.

The UN Expert on Debt and Human Rights noted that more than 2.4 million women in Sri Lanka have obtained loans from MFIs. With interest rates going up from 30%- 220%2, in the event that a woman is unable to repay a loan, microfinance companies usually coerce her to obtain another loan, further entrapping her in a cycle of debilitating debt.

"Furthermore, there are ample reports of debt collectors subjecting women to various forms of verbal, physical and sexual violence at times when lapses in loan repayments occur," LST added.