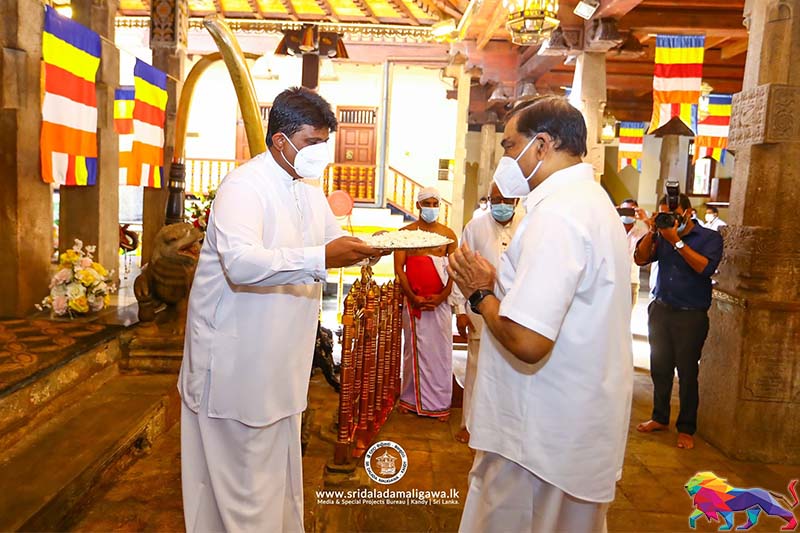 Finance Minister Basil Rajapaksa has claimed he has not been informed of a decision by China to blacklist state-owned People’s Bank.

The Minister was responding to questions posed by journalists during his visit to the Sri Dalada Maligawa in Kandy yesterday (30).

He said to be visiting the holy site to evoke blessings ahead of presenting the Annual budget in parliament shortly.

He also said that he hopes he would be fortunate to present a budget that is favourable to the country and satisfies the public for the next financial year.

Despite the Finance Minister feigning ignorance on the state-owned bank that falls under his purview being blacklisted, the Economic and Commercial Office of the Chinese embassy in Sri Lanka in a statement said that the People's Bank has been blacklisted for failing to make the payment for a fertiliser shipment. 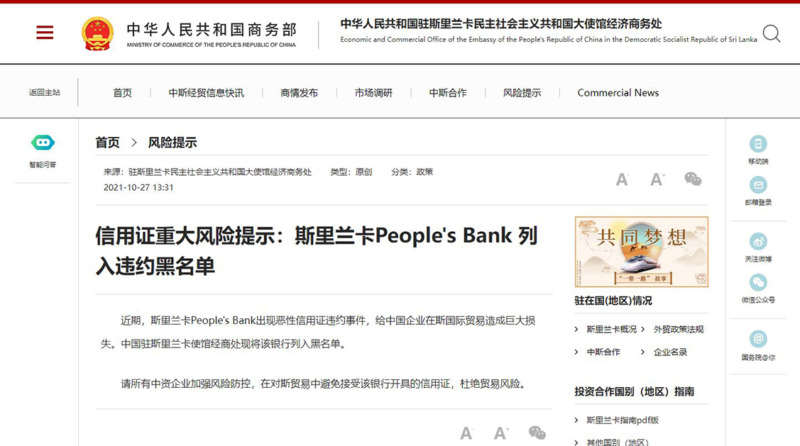 Response by the People’s Bank

The Chinese embassy had recently decided to blacklist the bank claiming the bank had defaulted on a letter of credit issued by it.

Responding to the reports, People’s Bank in a statement said payments to a Chinese firm were halted due to an interim injunction issued by the court.

Letters of credit for organic fertiliser planned to be imported from the currently disputed Qingdao Seawin Biotech Company in China were issued through the People's Bank.

As a result, the Ceylon Fertiliser Company had requested an injunction against the Chinese company, its local agent and the People's Bank in the Commercial High Court on the 22nd preventing the bank from honouring the LC issued.

International relations experts opine that the Chinese embassy had therefore blacklisted the bank as a retaliatory measure for failing to accept the sub-standard stock of fertiliser. 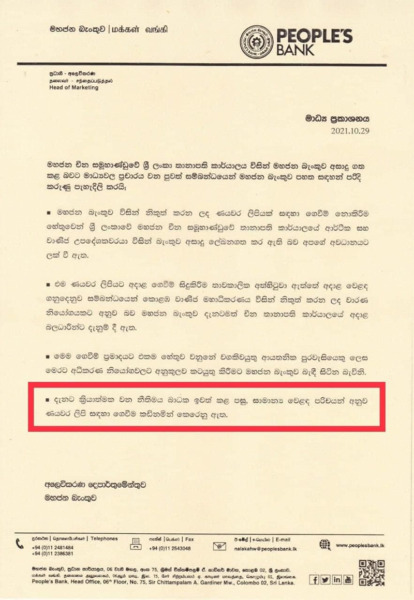