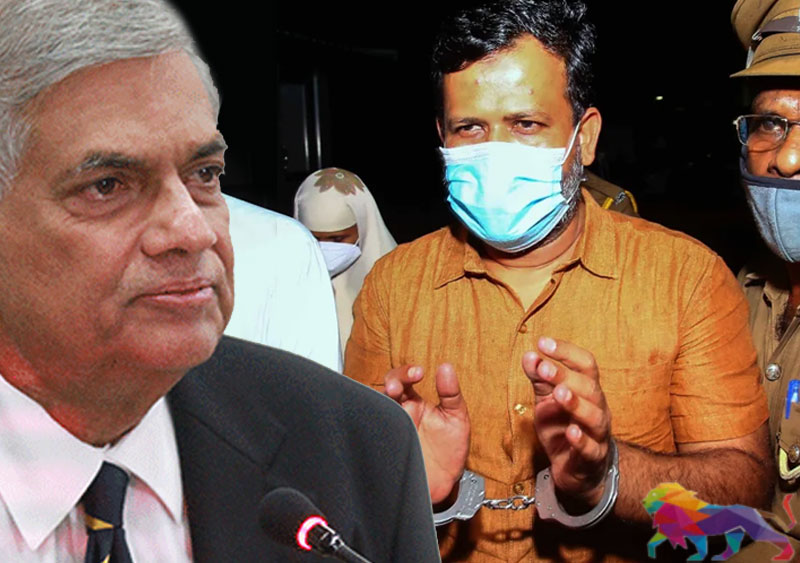 Concerns were raised in Parliament by former Prime Minister Ranil Wickremesinghe regarding the prolonged arrest and detention of the Leader of All Ceylon Makkal Congress (ACMC) and Wanni District Parliamentarian, Rishad Bathiudeen.

The UNP leader called on the authorities to either file a case against Rishad Bathiudeen or release him from prison.

It has been 164 days since Bathiudeen had been disgracefully arrested from his home on account of alleged connections to the Easter attacks. However, no charges have been placed until this date and no evidence has surfaced indicating his guilt.

Wickremesinghe, addressing Parliament today (04), stated that charges had been filed against every other person purportedly involved in the Easter attacks but no charges have been levelled against Bathiudeen.

He also said that a portion of the report on the Easter attacks also was withheld from Parliament, and that it should be released so that Parliament may make a better judgement on the case.

Wickremesinghe also acknowledged that the officials involved in the Easter attacks worked diligently and responsibly and helped to control the crisis situation. He was the Minister in charge of Law and Order at the time, and therefore he claimed to be aware of the burden upon the officials.

Meanwhile, Chief Opposition Whip Lakshman Kiriella, addressing the matter, claimed that the Speaker, as the chief protector of the rights of Parliamentarians, had a responsibility to put forward a written request demanding reasons for the arrest.

He pointed out that Bathiudeen has been detained without a charge, and that procedure as set out in the British Standing Orders ought to apply. To this, the Speaker of Parliament Mahinda Yapa Abeywardena claimed he did request for reasons, but committed no further to the question.