The Police have been obstructing memorials in the North and East held to commemorate Rasaiya Parthipan alias Thileepan, who sacrificed his life 34 years ago in a peaceful fast for Tamil rights.

While attempting to handover a restraining order from the Mullaitivu Magistrates' Court to a Tamil politician for yet another memorial event, sources said that the politician's relatives had suggested the Police should visit the cemetery to handover the court order.

When the Police had complained to the Court that a former Deputy Chairman of the Northern Provincial Council was preparing to hold a commemoration service, his son had directed the Police to the cemetery to hand over the restraining order obtained from the Court.

It was revealed that Mullaitivu Magistrate R. Saravanaraja had issued a restraining order against Anton Jeganathan, a former TNA provincial councilor who passed away in 2016. 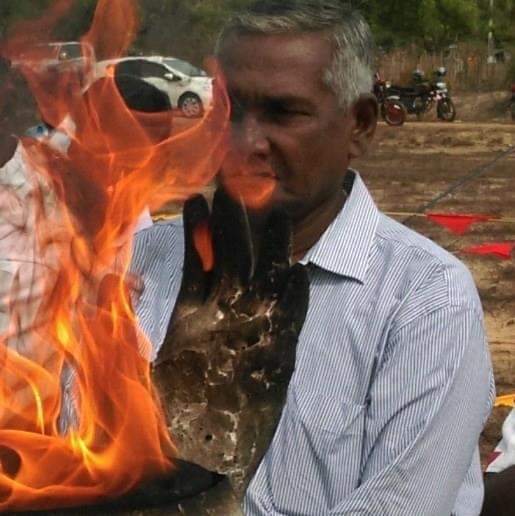 "It's been five years since my father passed away. If they want to hand over a Court order, I can take them to the grave," Peter Ilanchelian, the son of the deceased politician, told reporters in the province. 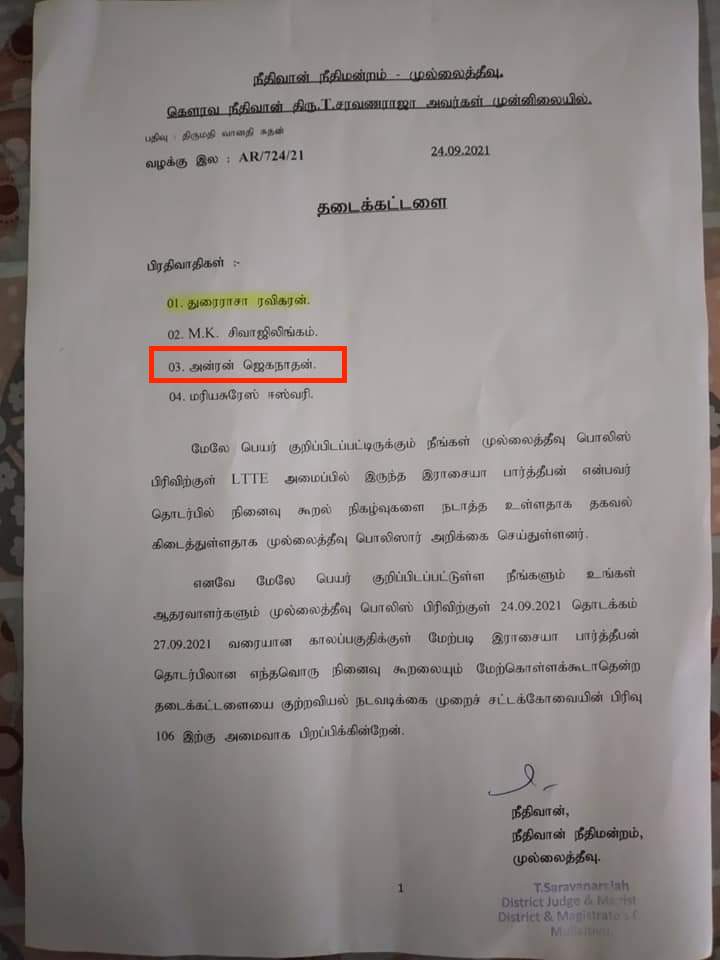 Former Provincial Councilor Thurairasa Ravikaran, former Member of Parliament M. K. Sivajilingam and the Coordinator of the Mullaitivu Association of Relations of Enforced Disappearnaces Mariyasuresh Eswari  had also been served with court orders.

Bans on Thileepan remembrance events were issued against nearly 25 people in the Mullaitivu district, despite the President's promise to world leaders at the United Nations General Assembly that he would commit to reconciliation.