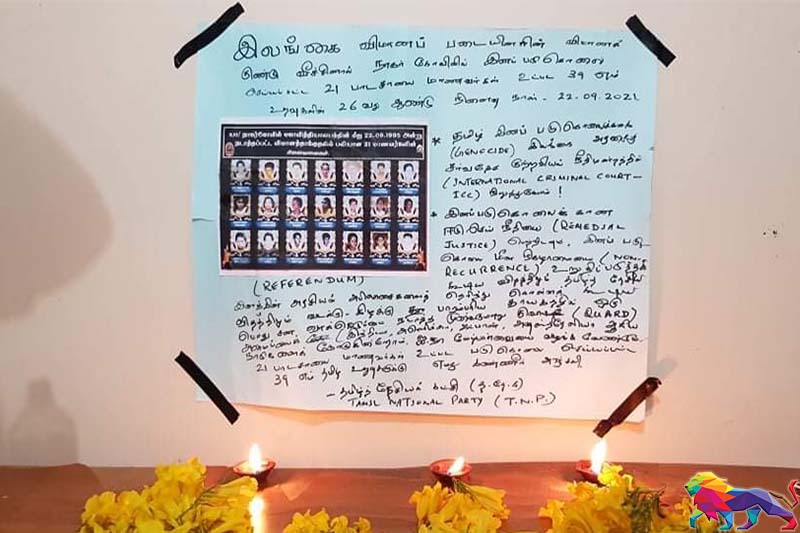 A memorial event has been held in the North to commemorate the 26th death anniversary of school students that died in a Sri Lankan government airstrike on their school in Nagar Kovil, Jaffna in 1995.

On September 22, 1995, a Sri Lanka Air Force fighter jet bombed the Nagar Kovil College, Jaffna, killing 41 people, including 26 school children, on and around the school premises.

Air Marshal Oliver Mathew Ranasinghe was the Commander of the Sri Lanka Air Force during the air bombing of Nagar Kovil College, Jaffna during the first term of President Chandrika Bandaranaike Kumaratunga.

The Sri Lanka Air Force back in 2007 announced that he was promoted to the rank of Air Chief Marshal on October 1, 2007 in recognition of his service to the Air Force and the country.

The names of the students who died in the air raid are as follows. 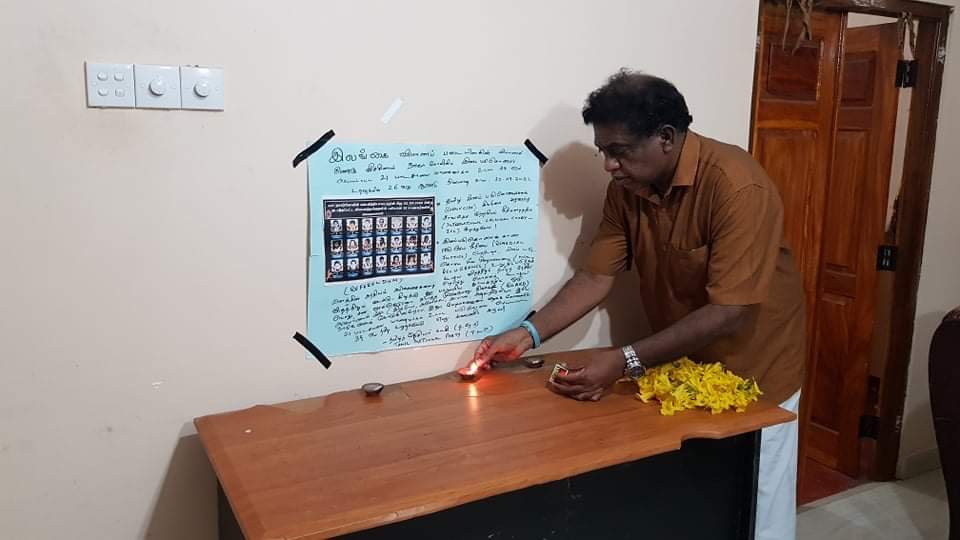 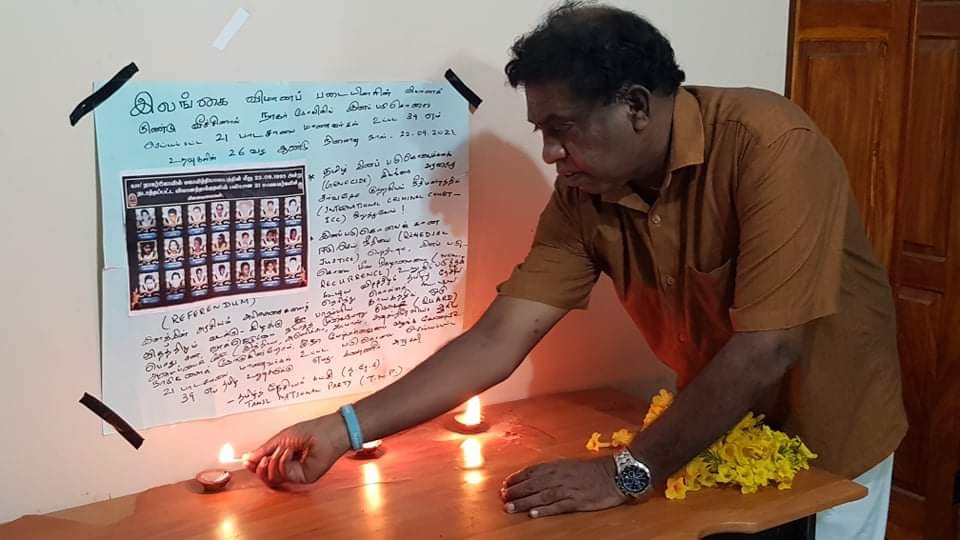 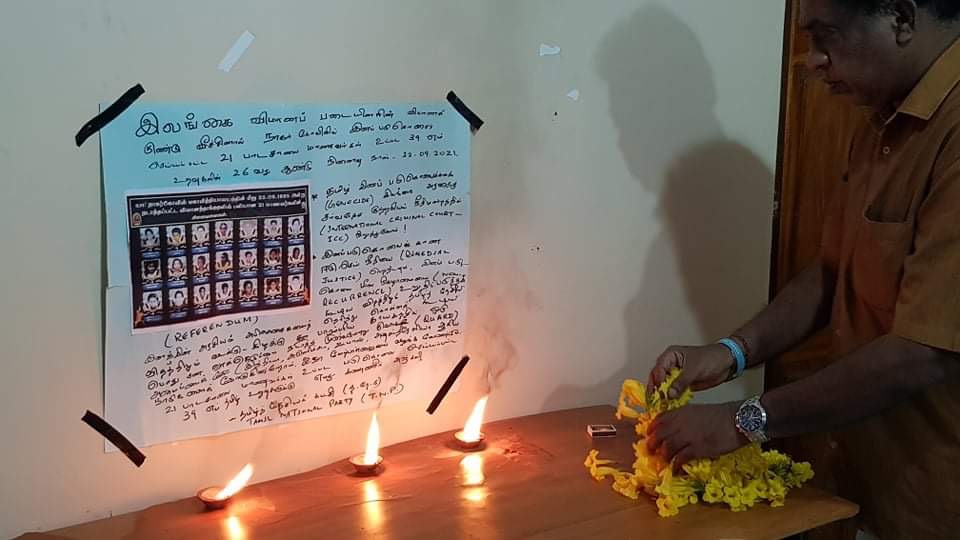