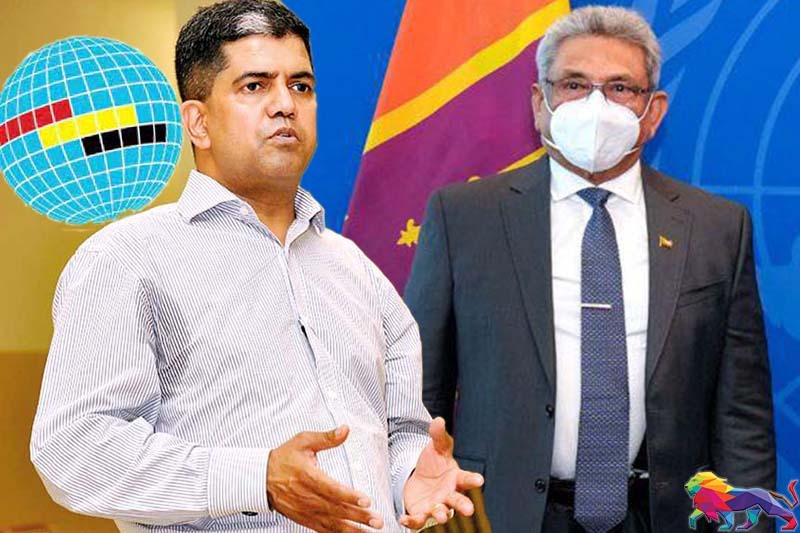 Welcoming President Gotabaya Rajapaksa's invitation to the Tamil diaspora to join in a dialogue to resolve issues as a progressive move, the Global Tamil Forum (GTF) however questioned the government's true motives behind this move when organisations such as the GTF were proscribed earlier this year.

"We wonder why the sudden change of mind, when only six months ago, in March 2021, his government gazetted proscribing organisations like the Global Tamil Forum and individuals like my-self as terrorists," GTF spokesperson Suren Surendiran said in a statement on Tuesday (21), adding that the first impediment the President will have to face is somehow justifying his actions or the seemed U-turn to his constituency.

According to the Presidential Media Unit, President Rajapaksa had informed UN Secretary-General Antonio Guterres that internal issues of Sri Lanka should be resolved through an internal mechanism and that he would extend an invitation to the Tamil Diaspora for discussions in this regard.

He pointed out that the GTF didn’t stop its engagement with the people of Sri Lanka just because of ill-advised action of this administration proscribing the organisation and noted that they facilitated multi-million US dollars worth of medical equipment to assist in the fight against Covid-19 pandemic, not just in the north and east of the country but in the entire Sri Lanka.

"Just for the record, we recently did a calculation of the potential loss of foreign currency income for Sri Lanka due to the proscription of organisations and persons being over USD 300m per annum. This is in addition to the professional help and assistance that many organisations and people used to render," Surendiran said.

Highlighting their meetings with President Maithripala Sirisena in London on two separate occasions and once in Berlin 2016, the GTF said that they are ready to talk to anybody if grievances of not only the Tamil people but of all peoples of Sri Lanka can be resolved.

"As for the domestic mechanisms that the President wants to talk to us about, in transitional justice, there are judicial and non-judicial processes and mechanisms. We will be very happy to engage and discuss about the latter but as for the former, for judicial mechanisms, in the United Nations Human Rights Council (UNHRC) resolution 30/1 which describes what exactly needs to happen. If the President so wishes, he can engage the Office of the High Commissioner for Human Rights (OHCHR) and the relevant UN bodies and special mandate holders (Special Rapporteurs) and they will be very willing to progress these as described in the already adopted resolutions," he added.