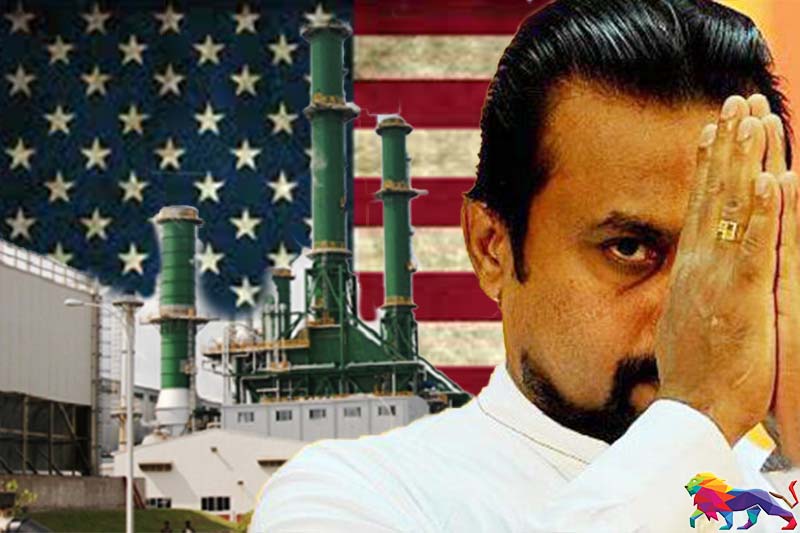 The Ministry of Finance has signed an agreement last night (17) to hand over the operation of the Kerawalapitiya Yugadanavi LNG Power Plant and its supply and storage facilities to a US company, it is learnt.

According to sources, the US envoys who arrived to sign the agreement had left the island this morning (18) even before the President had left for the United States.

Ministers Wimal Weerawansa, Vasudeva Nanayakkara and Udaya Gammanpila had made lengthy submissions regarding several provisions included in the agreement at the Cabinet meeting held via Zoom last Monday.

Earlier, the three had made separate submissions to Cabinet members, according to reports.

Accordingly, it had been decided to further study the Cabinet paper submitted by the Minister of Finance and he had agreed to meet the three Ministers separately regarding their concerns on the proposed agreement.

As confirmed by the Minister of Finance at the Cabinet meeting, Ministers Wimal Weerawansa, Vasudeva Nanayakkara and Udaya Gammanpila had visited the Ministry of Finance yesterday afternoon to clarify matters regarding the proposed agreement.

Secretary to the Ministry of Finance S.R Attygalle and senior government official M.M.C Ferdinando had participated in the meeting.

At the meeting, the three Ministers had also stated their position following the explanations given by the Minister of Finance and government officials.

The Finance Minister has stated that the relevant agreement will be amended taking into consideration the views of the Ministers.

However, the US representatives have unanimously objected to the proposals made by the three Ministers and accordingly the relevant agreement was signed at 12.06 am last night without any amendment, government sources revealed.

A senior government official who spoke to us in this regard said that the Minister of Finance was keen to sign the agreement before the President left for the United States.

Basil Rajapaksa who serves as the Minister of Finance is a dual citizen of the United States and Sri Lanka.

Following is the draft agreement previously submitted to the Cabinet by the Finance Minister.