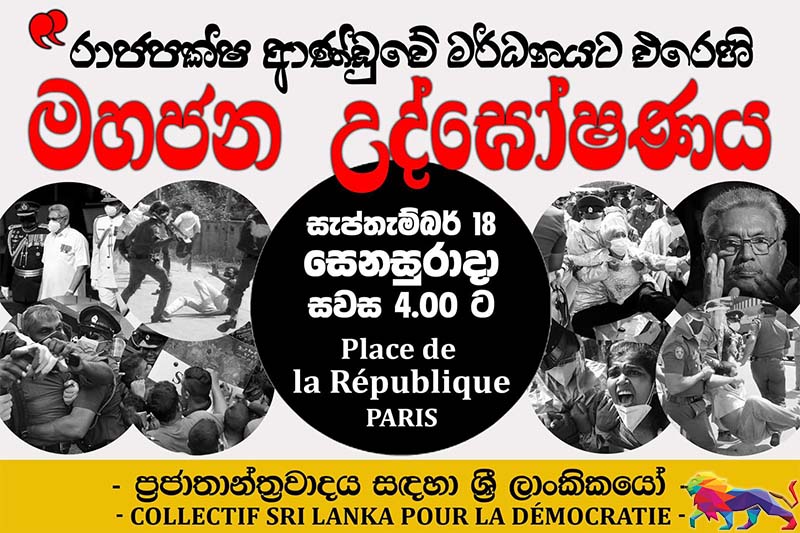 It is reported that a series of protests against the Sri Lankan government are being organised in several other European countries following the massive protest held in Bologna, Italy last Sunday demanding justice for the Easter Sunday attack victims.

Accordingly, the 'Sri Lankans for Democracy' organisation has taken steps to hold a peaceful protest in Paris, France today.

The campaign is set to take place at 4.00pm at the Place de la République in Paris.

A large number of Sri Lankans from many European countries are expected to take part in the protest against the recent crackdowns on its critics by the Sri Lankan government and to demand justice for the victims of the Easter Sunday attacks, an organiser said. 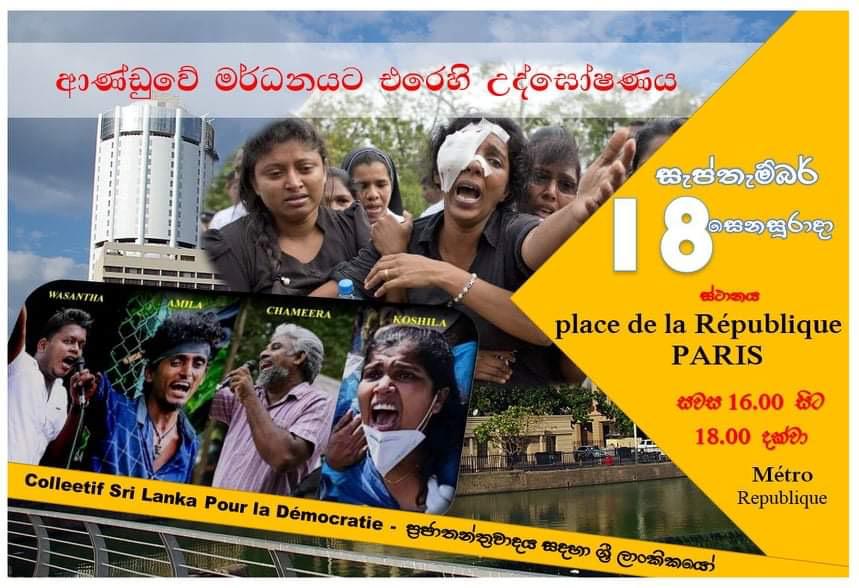 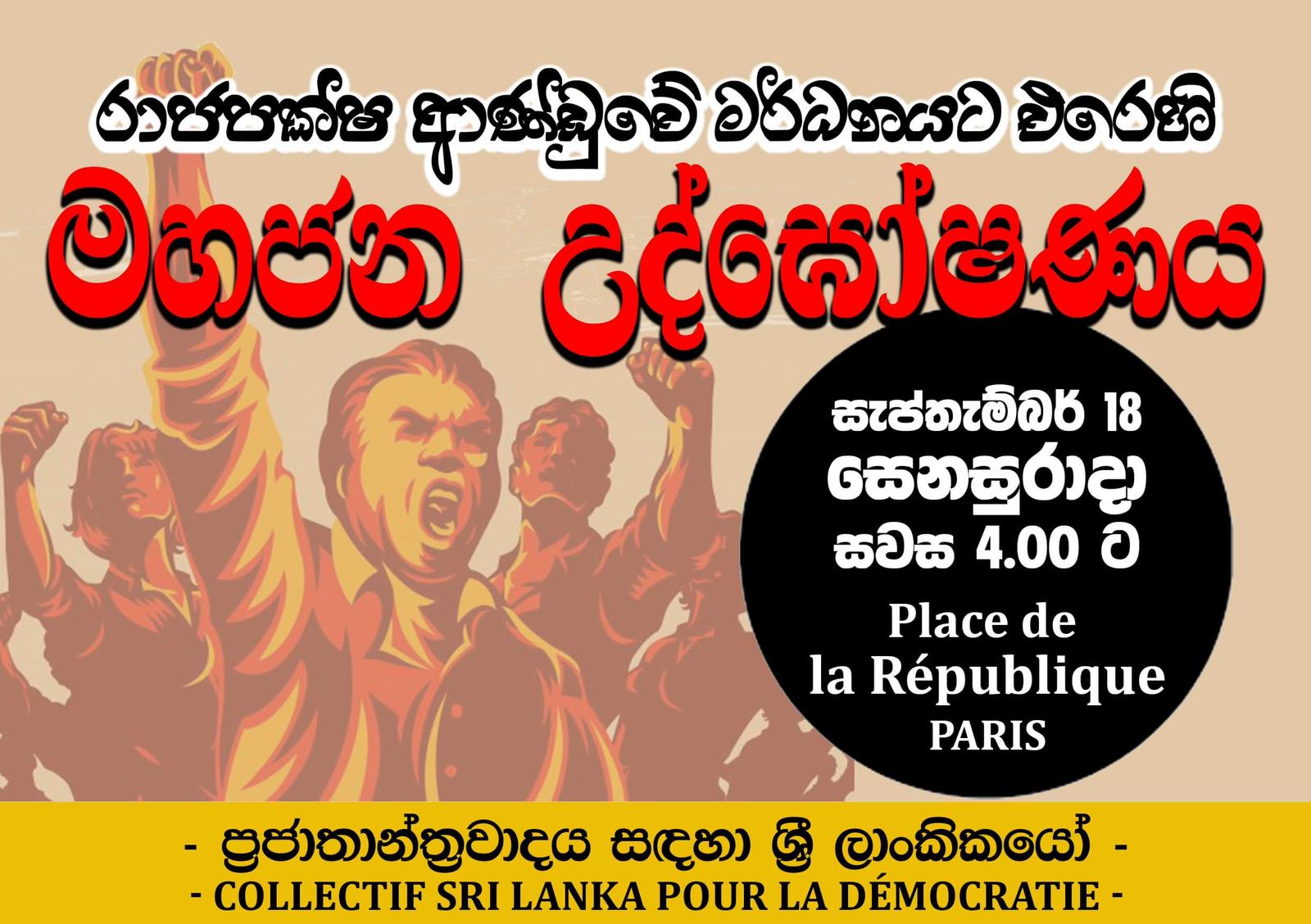