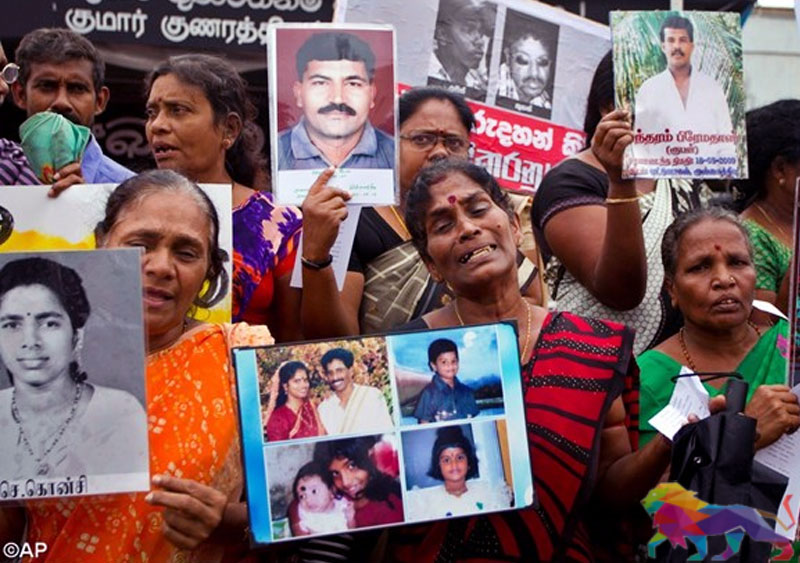 Despite the current Rajapaksa government’s promises to work with the United Nations before the Human Rights Commission in Geneva, Sri Lankan war victims have chosen to look towards the international community due to the lack of confidence in the Sri Lankan government and its agencies.

Relatives of persons missing at the hands of the Sri Lankan military and Police have been engaged in continuous protests for nearly 1500 days calling for justice and answers.

"We have no faith in the Sri Lankan government or the Human Rights Commission or the Reconciliation Commission," Sivapadam Ilankodai, President of the Jaffna District Association of Relatives of the Disappeared said at a press briefing held on September 15 in Jaffna.

"We hope the UN Human Rights Council will do us justice," she said.

Addressing the Geneva Human Rights Council via Zoom Foreign Affairs Minister Prof.G.L Peiris emphasized the importance of Sri Lanka’s strong and continued cooperation with the Council and the UN-mandated human rights system in line with the international obligations voluntarily accepted by the country.

Relatives of the missing have taken to airing their problems through the media due to the liability to attend this year's session of the Geneva Human Rights Council due to the spread of the Covid pandemic.

"I handed over five of my children to the army. None of them are here today. We went to many camps in search of them but were not able to find them," Ilankodai said. According to her, following the end of the conflict in Sri Lanka, many families handed over themselves voluntarily at the request of the government. “My children did no wrong,” she added.

“The military left behind the parents and females, instead taking away the boys. To this day we do not know what happened to them,” she noted.

Hundreds of people, especially parents of those who went missing have died in their struggle for justice.

Meanwhile, the Mullaitivu Association of Relatives of the Disappeared called a press conference on September 14 and stated that the Office of Missing Persons (OMP) was set up merely for the benefit of the government.

"The OMP is doing what the government says. They are trying to scare us and prevent us from holding protests," Maria Suresh Eshwari, President of the Mullaitivu District Association of Relatives of Missing Persons said.

An EU delegation is scheduled to visit Sri Lanka later this month following the presentation of the report on Sri Lanka by Geneva Human Rights Commissioner Michelle Bachelet.