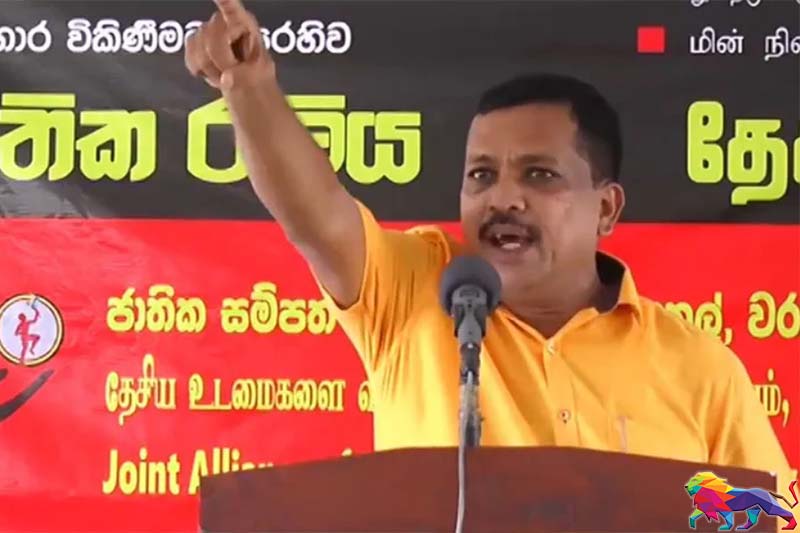 Co-Convenor of the Ceylon Electricity Board (CEB) Employees Trade Union Ranjan Jayalal addressing the recent online national rally of the United Alliance of Petroleum,
Ports and Electricity said that if the government does not withdraw its plans to sell government owned petroleum, ports and electricity companies, all trade unions will unite and bring the government to its knees. The rally held online due to the current Covid 19 pandemic was organized against the sale of national resources.
Jayalal addressing the rally said trade unions would unite to protect the country’s national resources noting that trade unions that worked to bring the Rajapaksa government into power have also joined this cause.
According to him, they too have now realized these dangers and joined hands with all unions to prevent the government's harmful plans.
“The government came into power promising that they would not sell our national resources while we built these trade unions promising we will not allow the sale of our resources. If politicians can cast aside party allegiances to unite, we trade unionists can unite as well” he said.
“Today the US, China and India are going to take over the CPC, the Port and the CEB. Who gave such power to the government? We promise the people that the government will be brought to its knees.” he added.
“In 2002, when the CEB was about to be divided into eight sections and taken over by a private company, we sent the government home after burning a coffin in front of the CEB headquarters. Also, in 2004 when Cabinet papers were tabled to liquidate the Ceylon Petroleum Corporation and the Electricity Board, four ministers walked out in protest”.
“If the government does not respectfully withdraw these plans, I tell them to prepare to return to their homeland, the US. Even the forces that worked towards the victory of this government are with us today. So either put away these plans or prepare to go home” Jayalal said addressing the rally.
A number of trade union leaders from the three sectors of petroleum, port and electricity addressed the national rally.