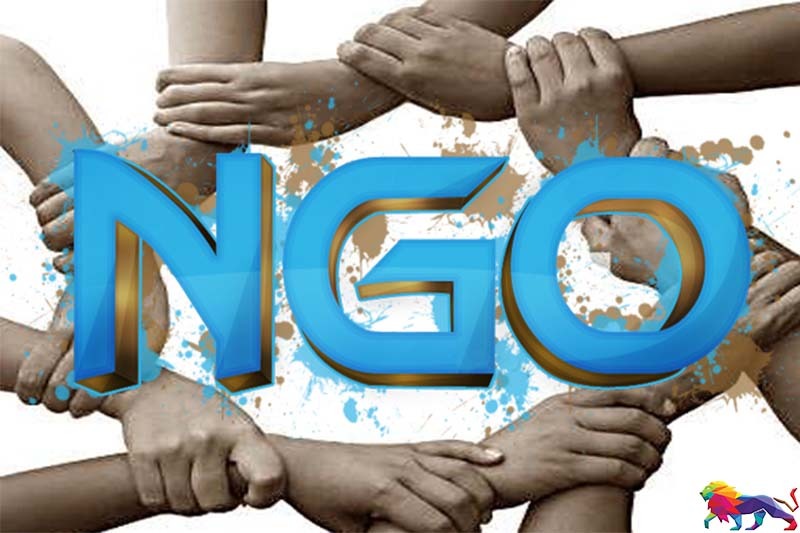 Non-governmental Organisations (NGOs) planning to work in collaboration with the Rajapaksa government have lost their hopes after the government had taken steps to draft legislations to monitor NGOs’ finances.

NGO representatives are worried as a new unit, comprising the Central Bank’s Financial Intelligence Unit, National Intelligence Service head and the NGO Secretariat, has been established to monitor the money received by NGOs, in addition to drafting of a foreign contribution regulations under the NGO Secretariat established to monitor the activities of NGOs.

Issuing a statement in this regard, the National Peace Council (NPC) stated that even though the government claimed that it was ready to work in collaboration with NGOs in order to establish peace and promote reconciliation, introducing new laws capable of curtailing NGOs’ activities, the trust kept in the peace and reconciliation process has lost.

“What led to the Easter Sunday attack was not the lack of regulation of NGOs, but the failure to check money transactions in accordance with the existing laws and regulations and failure to follow intelligence provided to the state,” said the NPC.

It added that any form of investigation regarding NGOs should be conducted in accordance with the regulations that apply to non-governmental organisations such as private institutions and political parties.

A group of representatives representing NPC and leading NGOs called the Sri Lanka Collective for Conesus, on 8 August, met the President and former Foreign Minister Dinesh Gunawardena, and handed over a letter which included recommendations to establish peace and reconciliation. They held talks based on the suggestions specified in the letter.

The letter had been signed by NGO representatives including NPC head Jehan Perera, Ven Kalupahane Piyaratana Thera who was an ally of the Rajapaksa government, retired President Bishop Rev Asiri Perera, Hilmy Ahamed of the Muslim Council, Visaka Dharmadasa who runs an association of relatives of military personnel who disappeared while on duty, People's Action for Free and Fair Elections (PAFFREL) head Rohana Hettiarachchi, Varnakulasingham Kamaladhas who is a head of a Batticaloa-based NGO, Sanjeewa Wimalagunarathna, Prof T. Jayasingam, Prof Tudor Silva Joe Williams and Dayani Panagoda. Most of them are members of the NPC administration.

The group expressed approval of President Gotabaya Rajapaksa’s tweet posted on 21 July which read “We are committed to work with the United Nations to ensure accountability and human development to achieve lasting peace and reconciliation. We are dedicated to resolving the issues within the democratic and legal frame to ensure justice and reconciliation by implementing necessary institutional reforms,” and stated that they will extend their support for the endeavours of the government including the President. 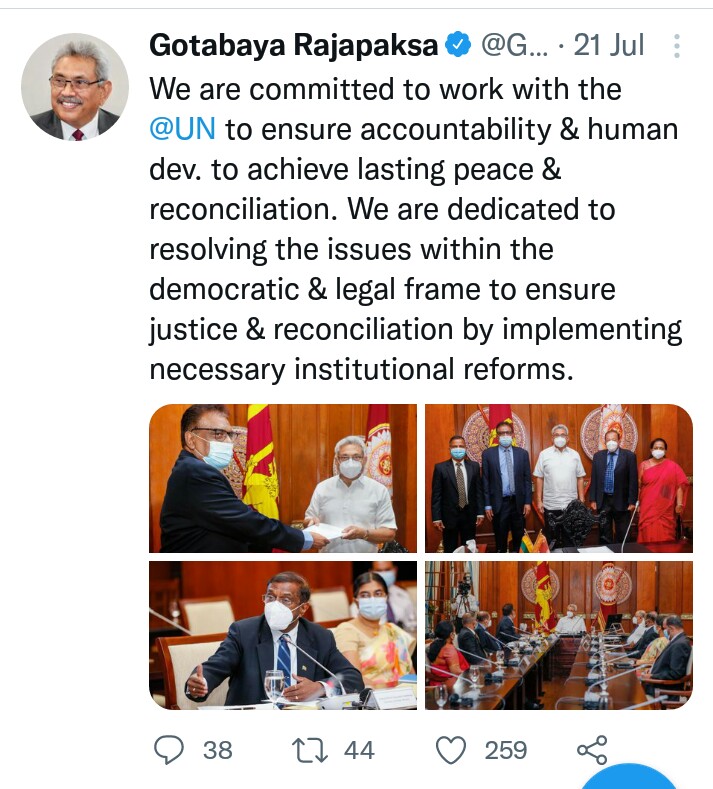 A statement issued by the NGOs representatives following the meeting said: “After listening to the concerns expressed by the NGO representatives who received an opportunity to speak without any obstruction, the President stated that the civil society can support the government to continue the reconciliation process. He further noted he was willing to work with the civil society to protect the rights of children and women, and that his government was committed to protecting the rights of all people.”

Adding that the President spoke of several matters including taking steps to amend the Prevention of Terrorism Act (PTA) and holding Provincial Council polls as a step of devolution of power, the representatives pointed out that they observed a cordial and mutual respect throughout the meeting. During the meeting, a request was put forward to give the NGO Secretariat to a ministry in charge of civil affairs, not to the Defence Ministry.

NGO Secretariat head and Viyath Maga activist Raja Gunaratne requested the NGO representatives to support the government’s Covid-19 management efforts as the government is in a financial crisis. It was also requested that the NGOs halt ongoing projects and give the funds to help the Covid-19 management efforts; however, several NGO representatives turned down that request.

Nevertheless, some leading Colombo-based NGOs supported that idea and extended their support to the government, and Sarvodaya movement head Vinya Ariyaratne and Rohana Hettiarachchi of PAFFREL were appointed as coordinators representing NGOs for Covid-19 management activities.

In addition, NGO representatives were appointed at the district-level, and most of them were NPC activists.

Moreover, in June, a group of NGO representatives had held talks with former Minister and Human Rights Commission of Sri Lanka (HRCSL) Chairman Dr Jagath Balasuriya, expressing their willingness to work with the Rajapaksa government to establish and promote human rights.