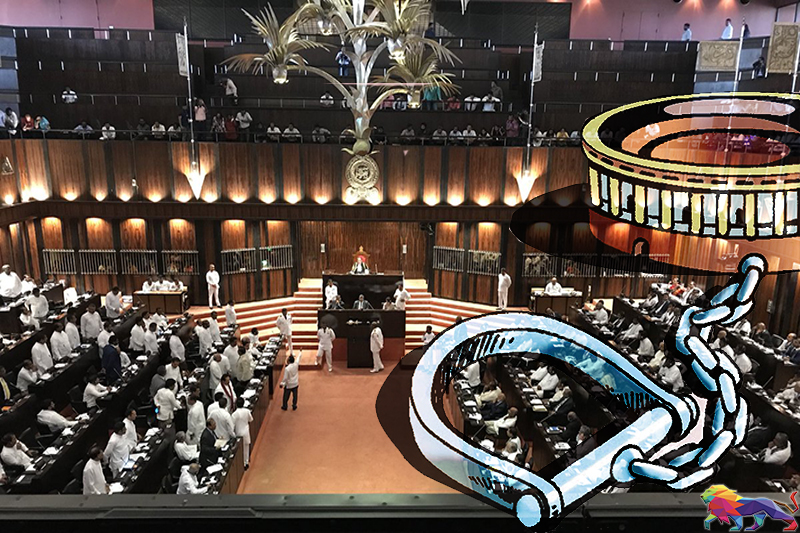 The Right to Information Commission of Sri Lanka has ordered Parliament to reveal the number of Members of Parliament (MPs) who have criminal charges against them.

The Commission issued this order after considering an appeal filed by journalist S. Rubatheesan under the Right to Information Act, No 12 of 2016, seeking information about Parliamentarians including criminal charges against them.

“...the said information is of high public interest. As such, it is our view that it is incumbent on the PA to take requisite steps to obtain the said information from elected representatives of the Sri Lanka Parliament and to make the same available on public record.”

The Commission had pointed out the 2002 Union of India v Association for Democratic Reforms case, in which the Indian Supreme Court held that constituencies have a right to know about inter alia the educational qualifications and criminal charges, if any, of elected representatives, as this is an exercise which furthers the citizens’ right to make an informed decision about who should represent them in Parliament.

In the said case, the Indian Supreme Court judgement identified lacuna in the existing legislation where no provision has been made for the collation of information from candidates contesting elections and called for the following information to be collected;

1. Whether the candidate is convicted/acquitted/ discharged of any criminal offence in the past if any, whether he is punished with imprisonment or fine?

2. Prior to six months of filing of nomination, whether the candidate is accused in any pending case, of any offence punishable with imprisonment for two years or more, and in which charge is framed or cognizance is taken by the Court of law. If so, the details thereof;

3. The assets (immovable, movable, bank balances etc.) of a candidate and of his/her spouse and that of dependants.

4. Liabilities, if any, particularly whether there are any over dues of any public financial institution or Government dues.

5. The educational qualifications of the candidate.

The Commission also pointed out how more recently, in the Rambabu Singh Thakur v Sunil Arora and Ors ((2019) case, it was reminded by the Indian Court that obtaining details of criminal charges in regard to candidates was a duty incumbent on political parties as well.

Issuing its order, the Commission said that as envisaged in Section 5 (4) of the RTI Act, “a request for information shall not be refused where the public interest in disclosing the information outweighs the harm that would result from its disclosure.”

Denying the claim made by Parliament officials that the requested information relates to MPs’ privacy, the Commission ruled: “The said information does not come within the ambit of Section 5 (1)(a) in that firstly, it has a direct relationship to ‘public activity or interest’ within the meaning of that Section, and secondly, as a consequence thereof that, there is no ‘unwarranted’ invasion of privacy thereby.”

In light of the requests for this information, on 5 May 2021, the Secretary General of Parliament had sent a letter to all MPs stating that "if you are willing to provide this information, you are kindly requested to furnish me your educational qualifications."

It was revealed that not a single MP has responded to that request so far, which the Commission called an undeniable matter for concern in the context of the overriding public interest.

The Commission directed the Parliament Authorities to inform the appellant immediately of any response to the letter.

The Commission has further said that contingent on the said information being furnished, the PA has undertaken to update their website with the educational qualifications of MPs.