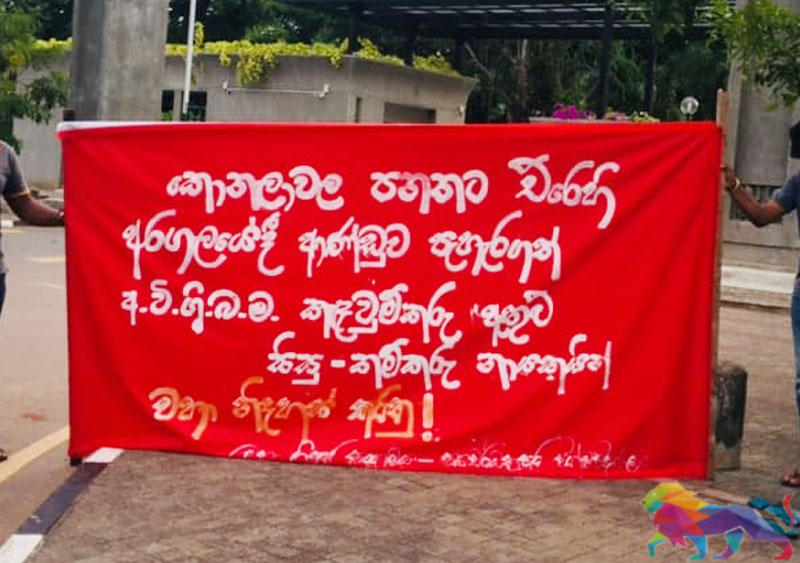 Leading public and private sector trade unions allege that the government is on a which hunt to imprison prominent trade union and mass organisation leaders, who protest in a bid to defeat the government’s attempts to militarise education, through the police.

Public Resources and Human Rights Protection Centre says that the police have already unlawfully arrested a number of such leaders who took part in the protests held near the parliament entrance on 3 August.

“A large number of leaders including Chameera Koswatta and Comrade Koshila of the Workers’ Struggle Centre, Inter University Students’ Federation (IUSF) Convener Wasantha Mudalige who was returning after a programme on Sirasa TV, and Sri Jayawardenapura University’s Students’ Union President Amila Sandeepa, have already been arrested.”

On Friday (6) evening, IUSF had announced that its Convener Mudalige and Sri Jayawardenapura University’s student leader Sandeepa had been remanded till 11 August.

Journalists had filmed Mudalige, who was travelling on the road, being handcuffed, and taken away by a group of individuals in plain clothes with the help of a police officer.

Meanwhile, police revealed that Sandeepa, whose whereabouts remained unknown for a day, was in the police custody.

Social media posts showed how lecturers, students and fellow passengers foiled an attempt by a group of men who identified themselves as police officers to abduct Sri Jayawardenapura University Lecturer Aminda Lakmal while travelling in a bus. 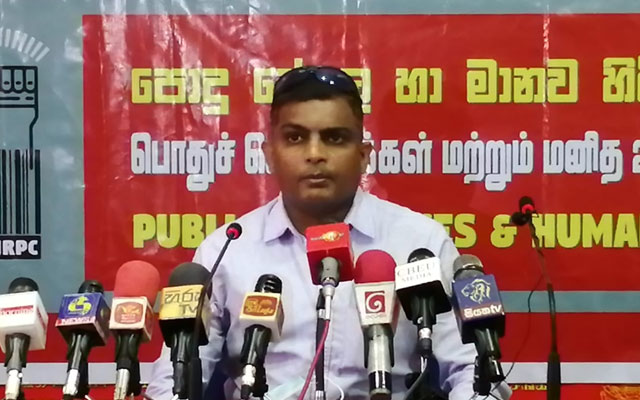 In a statement, the Public Resources and Human Rights Protection Centre said it has been reported that its Co-convener and President of Ceylon Estate Staff’s Union (a trade union that has a history of over 100 years), Chathura Samarasinghe, is also being subjected to police oppression.

The statement further said that police spies have been deployed to follow the trade union leader.

“Police spies have visited his house and have terrorised the residents, and police spies are being deployed to visit his workplace. Samarasinghe is a comrade who addressed the protest march held on 3 August.”

Meanwhile, the government is currently trying to pass the Kotelawala National Defence University bill in Parliament, nullifying the University’s Act, No 16 of 1978, which regulates Sri Lanka’s university system.

Adding that university lecturers, trade unions, civil societies, artists and the general public are already expressing strong opposition against the government’s unlawful acts including attempts to militarise education, the Public Resources and Human Rights Protection Centre emphasised that the government’s plan seems to be arresting activists including trade union leaders and civil society leaders in a bid to forcibly stop their struggle.

Furthermore, they called the government’s conduct a threat to the democratic right of freedom of expression.

The Centre, which is made up of the following trade unions, announced that it has unconditionally decided to oppose the government’s oppressive conduct aimed at stopping these protests and to take the maximum possible steps to address this issue.