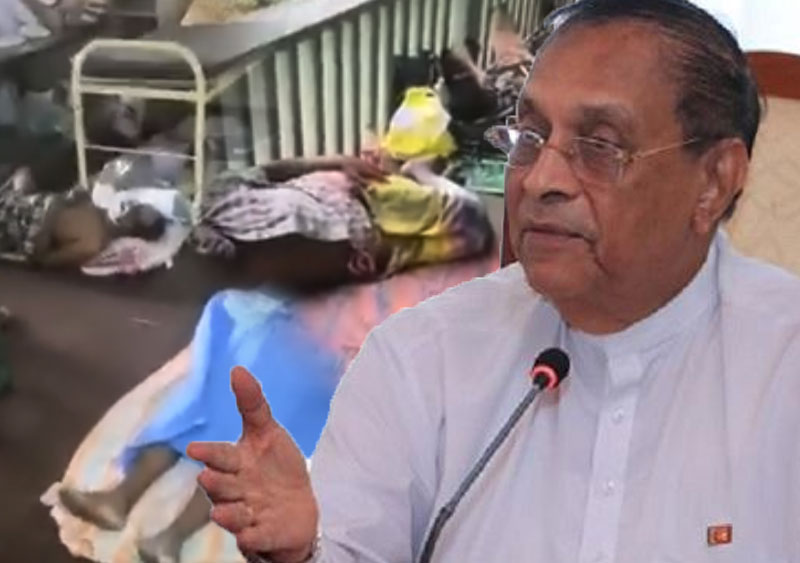 If all forces in the country don't intervene to steer the country in the right direction, it will result in painful and disastrous consequences, the Chairman of the National Movement for Social Justice Karu Jayasuriya said.
Failure to reach consensus on certain decisions taken by the government with regard to the future of the country as well as the safety of the people has created serious problems, the former Speaker said, adding that the controversy within the government over the importation of fertilisers is the best example of this situation.
He pointed out that regardless of how much power the 20th Amendment imposes on a single authority, and even if it retains not only a two-thirds majority but also a five-sixth majority in Parliament, the power that is gained will only be temporary.
Issuing a statement on Wednesday (07), Karu Jayasuriya said: 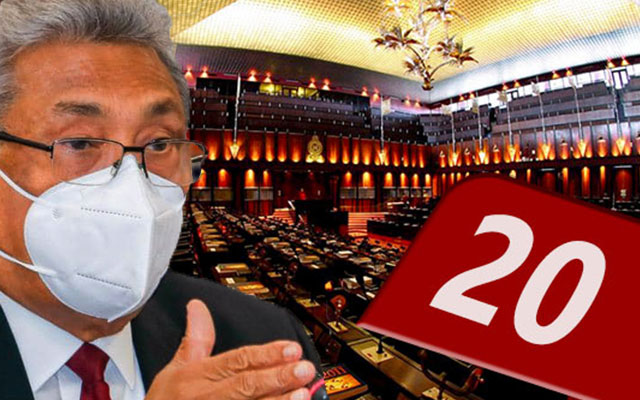 "Sri Lanka is currently in the midst of a surging pandemic which can be considered as the most serious pandemic in Sri Lanka’s recent history. When the country is in such dire straits, the government’s foremost responsibility is to curb the pandemic and ensure people’s safety.

However, some of the decisions taken by the government have raised serious concerns. This has created a serious situation where the lives of the people of the country are at stake.

The Association of Medical Specialists (AMS) has made it very clear that with the spread of the Delta variant, the number of patients in the country is increasing rapidly and the capacity to accommodate them has virtually reached its tipping point.

The AMS has warned that a more dangerous situation could arise if the condition worsens.

Against this backdrop, medical experts have questioned the government's decision to further ease travel restrictions, calling it as adding ‘fuel to the fire’.

The fact of the matter is that the government is not acting responsibly in the face of such a crisis. This is a serious matter.

Therefore, on behalf of the people of this country, we call on those responsible to take decisions on the advice of health authorities, including medical experts, to save Sri Lankans from this serious pandemic.

When the country is facing such a catastrophic situation, it is perplexing that the government is not taking steps to communicate with other political parties in the country. It is an unfortunate situation. Therefore, we call on the government to pay close attention to this.

Divergent views on the fertiliser issue

At the same time, the failure to reach consensus on certain decisions taken by the government regarding the future of the country as well as the security of the lives of the people has created serious problems.

The best example of this is the controversy within the government over the importation of fertilisers.

When the Ministry of Finance states that it will allow the importation of chemical fertilisers, the Treasury denies it. Accordingly, the question has arisen among the people as to which institution to trust.

People have doubts as to whether a decision taken by a State Ministry based on the needs of the people is being rejected by another state institution. Such a situation should never exist in a government yet that is the situation in our country.

Leading public servants in the country today have to seek legal redress through courts to thwart attempts to hunt down public servants and opposition politicians based on the recommendations of a so-called Commission. It is a very serious condition. The rulers of this country should be ashamed.

The civilised world in no way allows political witch hunts of honest civil servants or public representatives based on illegal recommendations. Today, the Supreme Court of this country has demonstrated this. 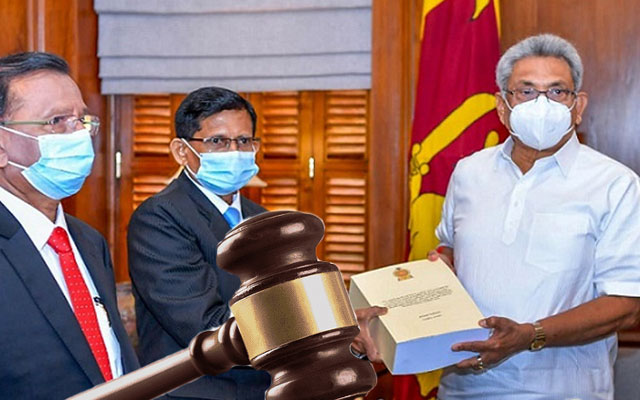 However, the government's actions show that it is arbitrarily trying to implement the recommendations of a Commission that is illegal to further its own narrow political agendas.

Lawmakers in this country should be ashamed of including such a Commission report in the Order Book of Parliament. They have to apologise to the people of this country for doing so.

As such, no one can harbor any hopes of a better future. Therefore, all parties involved in this country need to take further decisions to steer the country in the right direction. Otherwise, the consequences for the country could be catastrophic.

While monitoring these developments in the country, The National Movement for Social Justice would like to make a prediction.

Regardless of how much power the 20th Amendment imposes on a single authority, and if it retains not only a two-thirds majority but also a five-sixth majority in Parliament, the power that is gained will be temporary.

Those who are intoxicated with the greed for power can be punished by nature even before they are punished by the people of this country.

Therefore, we call on all parties in the country not to focus on consolidating power at this point in time and instead focus on the future generations of this country by making the right decisions."