The cable car project from Nanu Oya to Nuwara Eliya that was to be initiated as a further step towards increasing the tourist attraction in the Nuwara Eliya District has come under heavy criticism for irregularities where a government bigwig is allegedly seeking millions of euros in commissions, government sources said.

Although the 'Nanu Oya - Nuwara Eliya Cable Car Project' was scheduled to be constructed at a cost of 30 million euros (Rs. 7,800 million) in 2020, a revised cost of 54 million euros (Rs. 14,040 million) has been submitted for the implementation of the same project in 2021, the sources noted.

They pointed out that the cost for the project has increased by a staggering 24 million euros despite having no changes from the bid submitted last year.

The project was proposed to cover a 6km stretch from the Nanu Oya train station to the Nuwara Eliya Race Course.

The Government Information Department had earlier stated that an Austrian company based in Germany and its local partner had submitted a proposal to initiate the first-ever cable car project in Nuwara Eliya.

It is reported that Adeesh De Silva is the local agent of the Austrian firm.

After obtaining the relevant approvals for the project from the government, the Austrian company plans to source their investment through a bank loan.

It is also reported that the company is planning to sell its license to another company after obtaining government approvals.

Furthermore, in order to recover their investment, the Austrian company has proposed to charge Rs. 5000 per person for a cable car ride from Nanu Oya to Nuwara Eliya. They also plan to lease out the dedicated restaurant and lounge area spaces that are to be constructed in parallel to the project to the private sector.

As relevant line ministries and agencies including the Department of Railways, Nuwara Eliya Municipal Council, Forrest Department and Department of Wildlife Conservation had been reluctant to provide the necessary land plots under their respective institution's purview for the project for free, the government had decided to take over the said land plots and place it under the purview of the Urban Development Authority (UDA).

Accordingly, the government has decided to submit a cabinet paper to allow the UDA to acquire close to four hectares of necessary lands required for the project.

Even amidst an economic crisis, the President has decided to accelerate a number of development projects in the Matale, Kandy and Nuwara Eliya Districts in a bid to boost the economy in the Central Province as well as to revive the tourism industry in the region.

This cable car project which was initially expected to cost Rs. 7.8 billion but had suddenly increased by another Rs. 6.2 billion to Rs. 14 billion is certain to raise some eyebrows and therefore, it is the responsibility of the presidential advisors to probe into this project before submitting it for Cabinet approval. 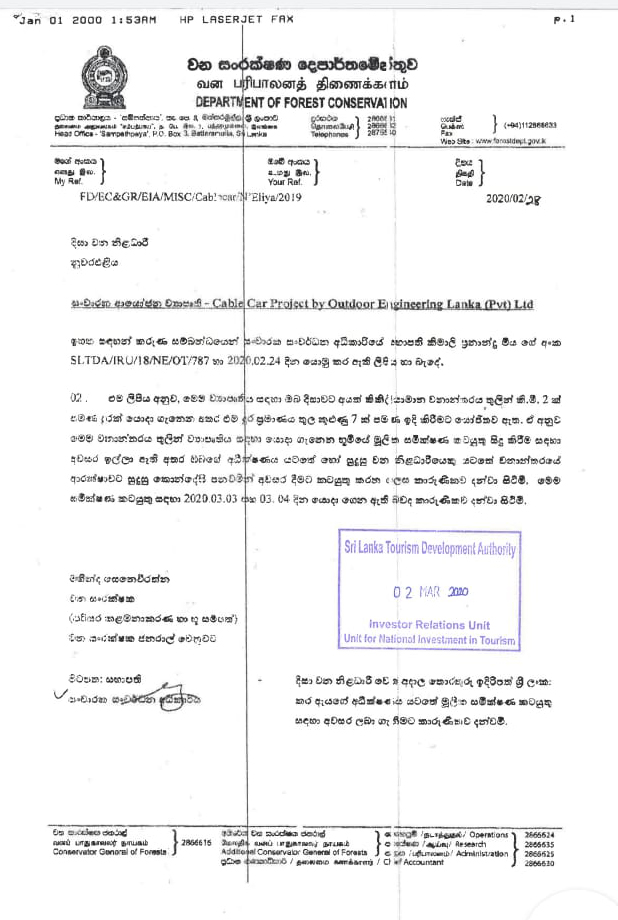 We believe that offering a right of reply to those who are the subject of significant criticism or allegations of wrongdoing is a fairness obligation and therefore we acknowledge your right of reply if a person or an organisation feel that they have been harmed by any news items published on this website.- Editor

(Email: This email address is being protected from spambots. You need JavaScript enabled to view it.)