Accepting a report that recommends continuing with draconian anti-terror laws in Sri Lanka, the President has stated that he will work with the UN to ensure accountability and reconciliation in the country.

The interim report – which was presented at the Presidential Secretariat on Tuesday (20) by a commission appointed to re-read earlier recommendations of the presidential commissions appointed in the past to investigate alleged human rights violations in Sri Lanka and make recommendations to the incumbent President – had concluded that the Prevention of Terrorism Act (PTA) must not be repealed.

“The Commission which is not in agreement with the calls to repeal the Prevention of Terrorism Act (PTA), highlights in the interim report that the PTA should be reformed in line with the laws against the prevention of terrorism in other countries including in the UK” the President’s Media Division (PMD) said.

In a seemingly about turn, President Gotabaya Rajapaksa who continues to deny allegations of state criminality, and vehemently refuse to cooperate with international bodies with regard to allegations of human rights violations including war crimes, had said that the government’s policy is to work with the UN, in order to ensure accountability and reconciliation.

“We are committed to work with the @UN to ensure accountability & human dev. to achieve lasting peace & reconciliation. We are dedicated to resolving the issues within the democratic & legal frame to ensure justice & reconciliation by implementing necessary institutional reforms,” President Rajapaksa tweeted. 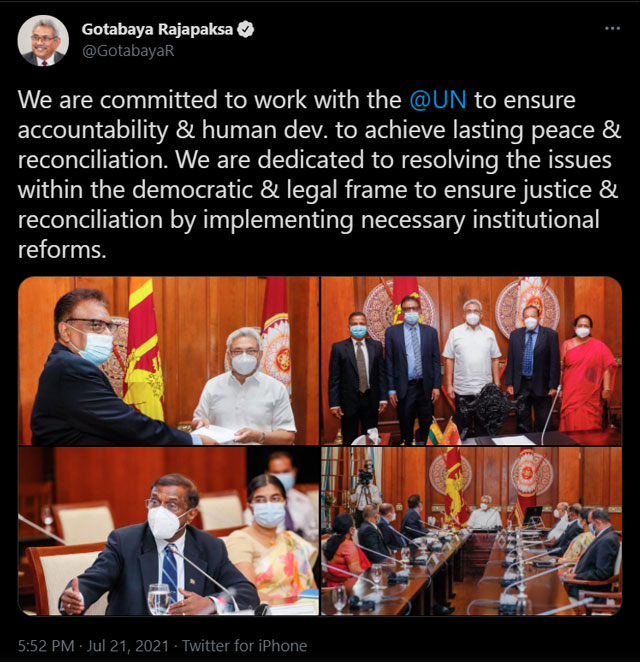 In January 2021, the President appointed the Presidential Commission of Inquiry for the Appraisal of the Findings of Previous Commissions and Committees on Human Rights and the Way Forward led by Supreme Court Judge Justice A.H.M.D. Nawaz, to look into the reports issued by commissions/committees such as the Lessons Learnt and Reconciliation Commission (LLRC) , Udulagama Commission and Paranagama Commission, which were appointed to investigate serious offences such as human rights violations, war crimes and crimes against humanity. 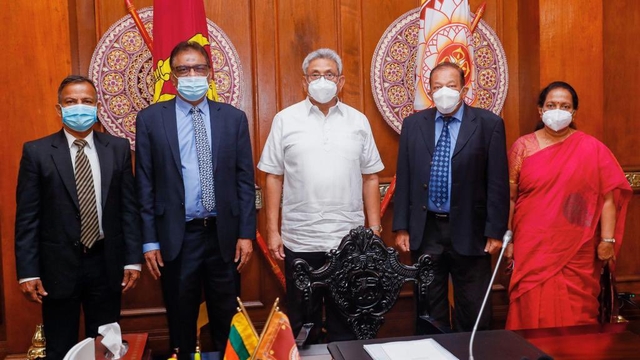 A statement issued by International Truth and Justice Project (ITJP) Executive Director Yasmin Sooka said that the thought of appointing another commission to investigate whether grave international level crimes took place in Sri Lankan is absurd and an insult to victims, and therefore, wondering whether this is a deception is understandable.

When the commission was appointed, Johannesburg based International Truth and Justice Project (ITJP) described it as a ‘reading group on war crimes’.

“The notion of another Commission to probe whether serious international crimes were perpetrated in Sri Lanka is so ridiculous and insulting to victims that one could be forgiven for wondering if this is a spoof,” said ITJP Executive Director Yasmin Sooka.

The Commission’s interim report has paid particular attention to three sections of the PTA.

“The Commission highlighted the possibility to expedite the hearing of cases of those who are being detained for a minimum of three months or a longer period under the provision 9 of the PTA by filing indictments against them and to confine the detainees to their own home or the residential area under special security instead of detaining them in prisons in line with the provision 11 of the PTA,” said the PMD statement.

“The Commission, in its Interim Report, proposes the importance of establishing an Advisory Board consisting of not less than three persons representing all ethnic groups, to advise the President or the Minister in charge of Defence under the provision 13 of the PTA,” it said.

The European Union (EU) had recently warned the Gotabaya Rajapaksa government regarding human rights violations, including arresting persons under the PTA and detaining them for a prolonged period of time without filing cases.

The EU further stressed that if the government fails to take necessary steps in that regard, Sri Lanka might lose the Generalised Scheme of Preferences (GSP+) concession.