Protesters in Hatton urged authorities to launch a formal investigation into the death of a girl who had served as a domestic helper at the residence of a former minister.

The protest, organised by the Kandurata Janatha Peramuna and Kandurata Workers' Front was staged in front of the clock tower in Hatton on July 18.

The girl had worked at former minister Rishad Bathiudeen’s residence prior to her death. According to media reports, she was a resident of Hatton and had been brought to the former minister's house as a domestic helper just a month shy of her 16th birthday. 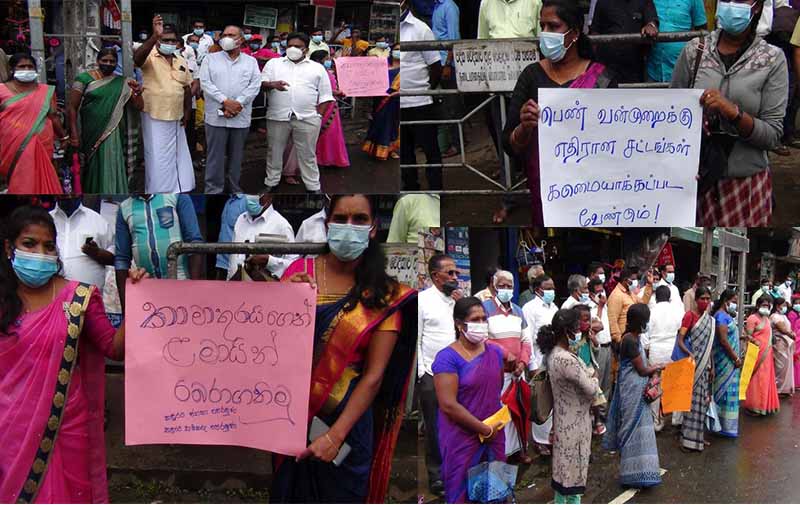 The Borella police together with the Colombo South Women and Children’s Bureau are conducting further investigations into the death and have recorded statements from the family members of the former minister, Police Spokesman, Senior Deputy Inspector General (SDIG) Ajith Rohana said.

The protestors demanded the authorities take responsibility to prevent the recurrence of similar incidents and provide protection to the hundreds of estate sector children employed in Colombo and several other areas.

Furthermore, they demanded an end to all violence against women, pointing out that employing minors was a violation of children's rights.