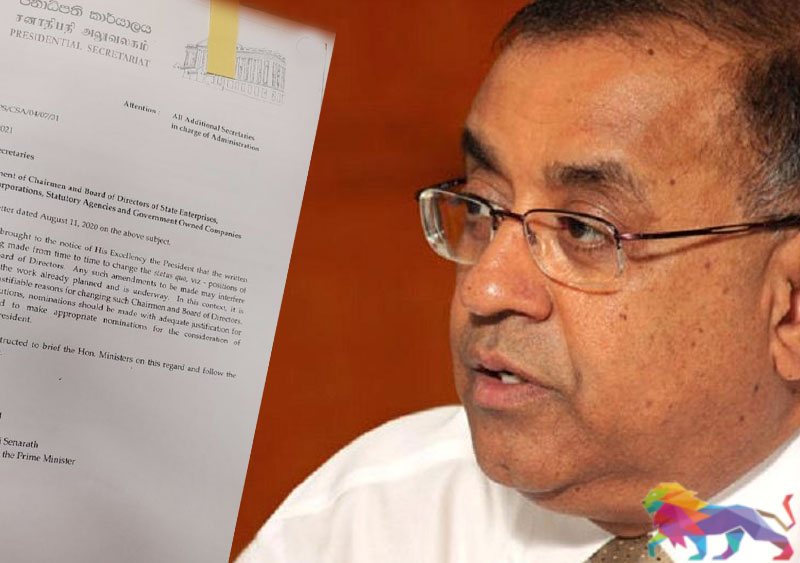 President's Secretary Dr. P.B. Jayasundera has instructed all ministry secretaries to inform their respective ministers to provide justifiable reasons if any changes are to be made to positions of Chairmen and Board of Directors approved by the President.

Noting that it has been brought to the notice of the President that written requests are being made from time to time to change the status quo, viz. positions of Chairmen and Board of Directors, the President's Secretary said that any such amendments to be made may interfere with the pace of the work already planned and is underway.

"In this context, it is necessary to give justifiable reasons for changing such Chairmen and Board of Directors. Even in such institutions, nominations should be made with adequate justification for the Selection Board to make appropriate nominations for the consideration of His Excellency the President," Dr. P.B. Jayasundera said in a letter to all ministry secretaries on June 10.

He has further instructed them to inform their respective ministers to follow the recommended process. 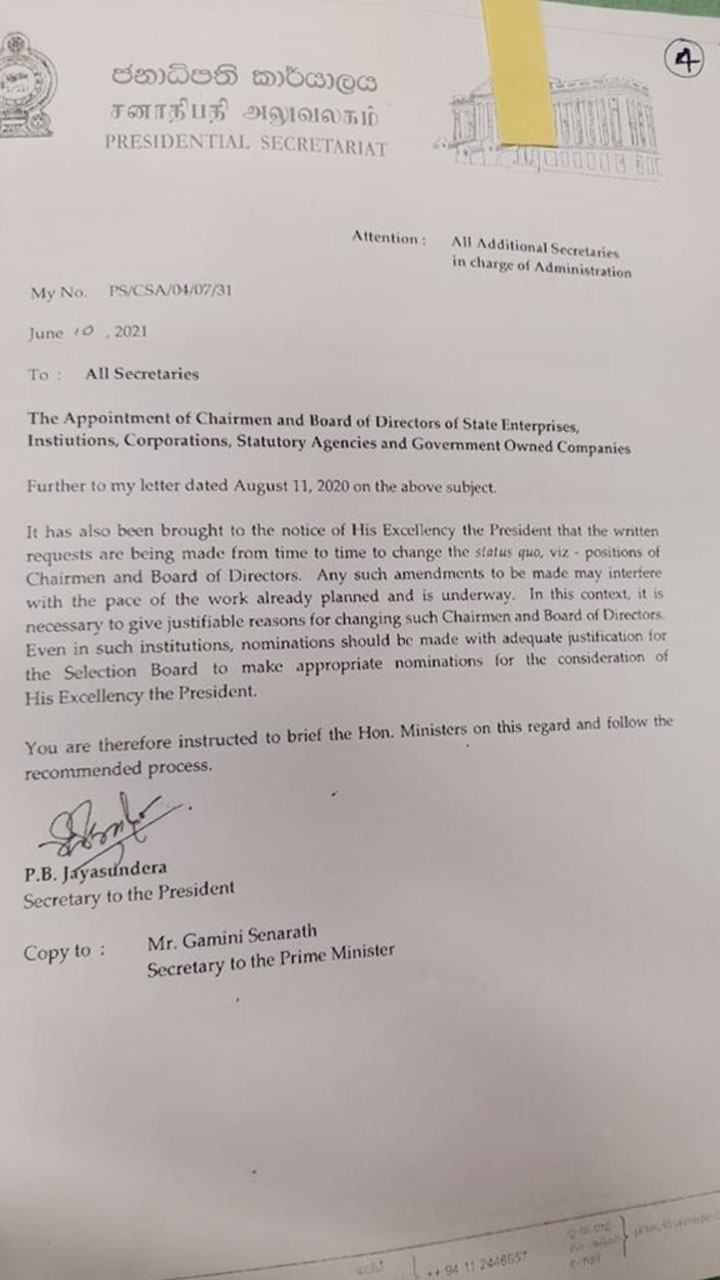 The letter sent by the President's Secretary would infringe the powers vested on Ministers, a senior Minister told Lanka Leader.

According to the Constitution as well as the Acts, the power to appoint suitable persons to public institutions, corporations and statutory bodies falling under the purview of each ministry lies solely with the respective Ministers, the Minister said, adding that the President's Secretary is continuing to mislead the President in this regard.

"President Goatabaya Rajapaksa appointed a six-member expert committee to select suitable professionals to head state enterprises and regulatory and statutory bodies until a government was formed. That's how chairpersons were appointed. However, after the government was formed, the President's Secretary has no right to interfere with portfolios assigned to Ministers," the senior Minister said.

"This has become a joke. Today the Prime Minister can't appoint a director to an institution coming under the purview of the Finance Ministry and needs the President's Secretary to get it done. But he gets the President to appoint his friends with no issues," he added.