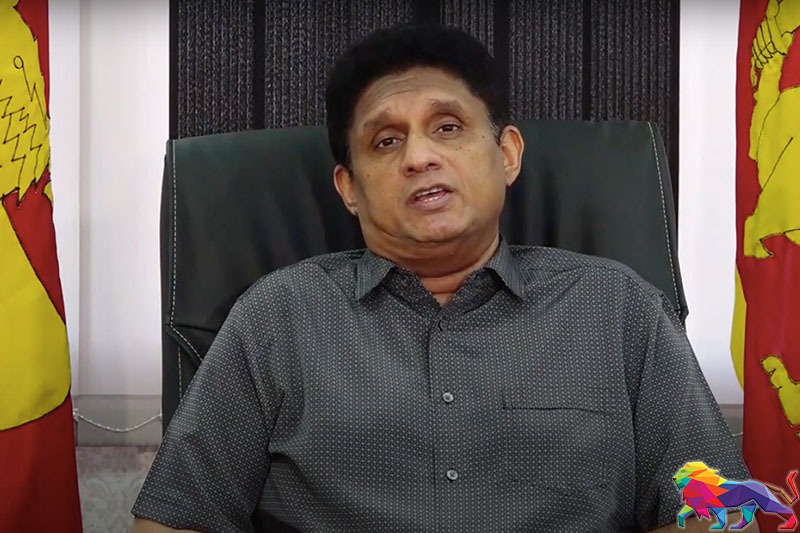 Opposition Leader Sajith Premadasa has submitted six questions to President Gotabaya Rajapaksa ahead of his address to the nation today.
Issuing a statement, the SJB leader said that he expects the President to give solutions to the following problems in his address. The statement further said:
1) Fuel hike

We expect that the statement the President is going to make will introduce a plan of systematic change of the use of fertilizer and give a pledge to provide sufficient stocks of fertilizer to people for their use in this season and forthcoming seasons of cultivation.

Fishermen in our country, as a whole, have become helpless by the X-press Pearl disaster. It has caused unimaginable environmental damage.

Therefore, we expect this government to provide a permanent and long-lasting program of subsidizing fishermen without estimating the losses they have faced to a scanty subsidy.

Equally, we, as well as people in this country, are in the hope that a sustainable program will be implemented for re-conservation and protection of the damaged eco-system.

Online education has become a grave issue to school children as well as to teachers today. Some children have to run towards mountains to get required signals. Many children have no required equipment, tabs, computers and also smart phones.

Although it has already become too late, we expect the President to provide a prompt solution to this issue of online education in this country in his statement without letting his government to allocate funds to unnecessary purposes.

The entire country is aware that the government was very weak in its intervention in the Corona issue. Six hundred thousand people have become helpless today without their second dose of AstraZeneca.

The government is also very slow in reaching its target of providing vaccines to sixteen million people. There is a grave shortage of Personal Protective Equipment (PPE) as well as required equipment for officers in the Health sector as well as in other sectors of the government. A serious dearth of life saving equipment is observed in the hospital system.

We also see that the number of PCR tests conducted in the country is decreasing day by day. This should not happen that way. We should, at least, learn that lesson out of this third wave. We, therefore, should take action to maintain a higher number of PCR tests. We hope that the President will provide a solution also to that issue.

Further, the entire population in this country has fallen down to a very low level of economy today.

They have lost their livelihoods due to the Corona epidemic. Their standard of living has dropped. Malnutrition of mothers and children has grown.
A downright collapse can be observed in the social life of people engaged in daily paid jobs, laborers, permanent employees as well as self-employed personnel – income earners of the entire country.

Against such a backdrop, one cannot just escape by giving them a meagre provision of Rs. 5000.

Therefore, we expect that this government and the President, in his statement, will take action to financially strengthen people so as to rebuild their fallen lives."