The National Movement for Social Justice (NMSJ) has extended its deep gratitude to the Government and the people of Switzerland for donating humanitarian aid including medical examination materials worth over Rs 800 million to Sri Lanka at a time when the country is facing an immense challenge due to Covid-19 pandemic.
The Chairman of the NMSJ, Karu Jayasuriya, in a press release on Thursday (10) welcomed the much needed medical supplies from Switzerland who have expressed solidarity with Sri Lanka in its fight against the pandemic. 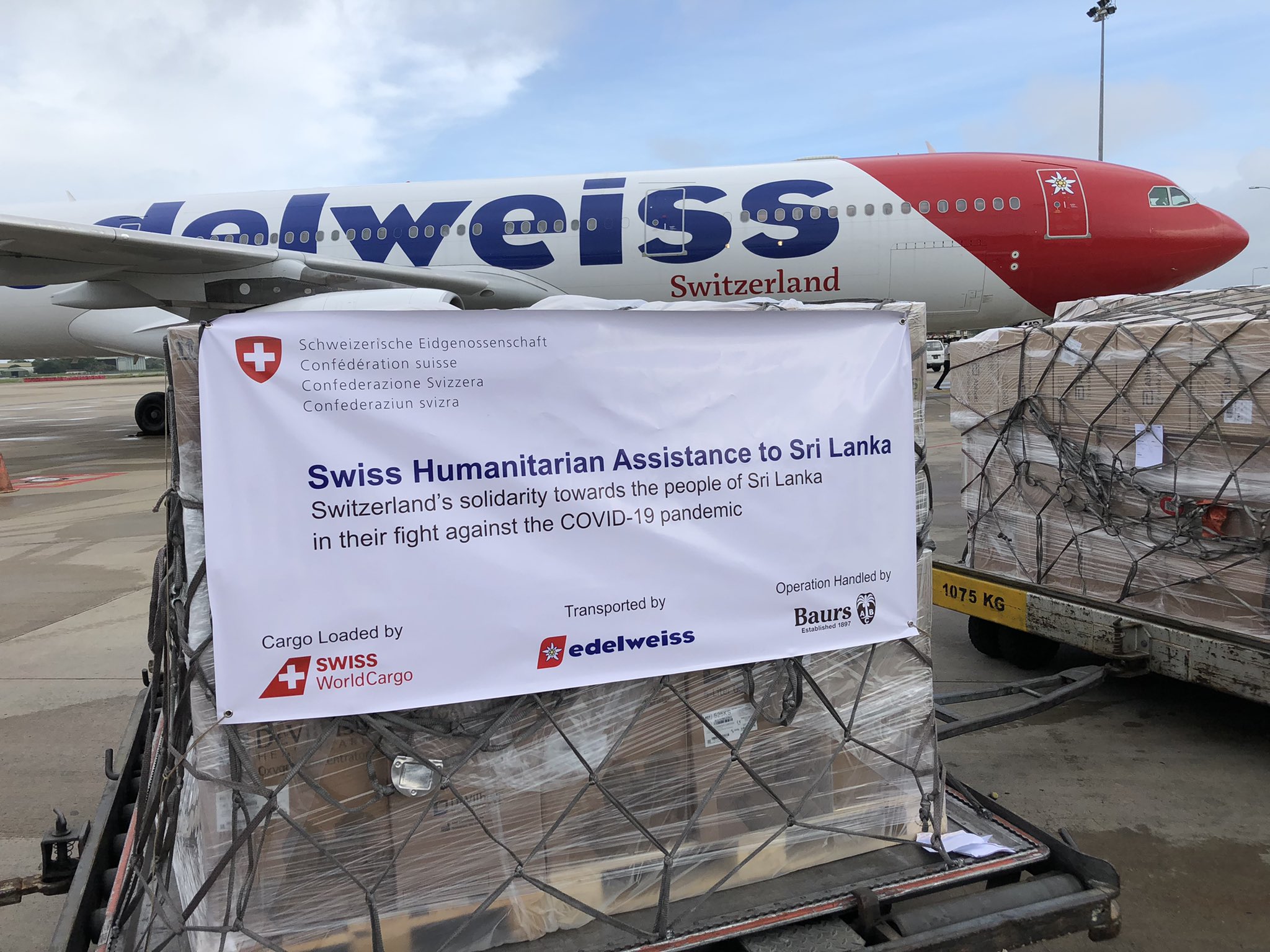 Over half a million antigen tests, 50 ventilators, 150 oxygen concentrators as well as other medical examination materials worth of Rs. 800 million arrived in Colombo from Switzerland on May 08.

Jayasuriya noted that Germany has also released 30 million vaccines to be used by eligible countries, including Sri Lanka, two days after their request to secure much needed vaccines to the country, adding that they have been informed by the German Chancellor regarding their decision to release the vaccines.

The former Speaker thanked the Governments of Switzerland, France and Japan who have looked into the possibility of providing 600,000 doses of the AstraZeneca vaccines and the respective resident Ambassadors and High Commissioners of those countries for supporting Sri Lanka at this difficult time.

It was reported in May that Jayasuriya had played a key role behind the scenes and made a special request from three European countries to provide some of the surplus COVID-19 vaccines available in their countries on behalf of the Sri Lankan people.

While appreciating the support and encouragement of the World Health Organisation, he commended UNICEF and the UN resident Coordinator's Office for their continued support to Sri Lanka.

The former Speaker also stressed on the need to formulate and execute an efficient vaccination drive after receiving these vaccines as the country's vaccinationation programme has come under fire from all quarters due to irregularities and ad hoc decisions.

It is learnt that these vaccines will be delivered to Sri Lanka under the World Health Organisation's COVAX facility and that the necessary arrangements are being made to deliver these vaccines at the earliest.