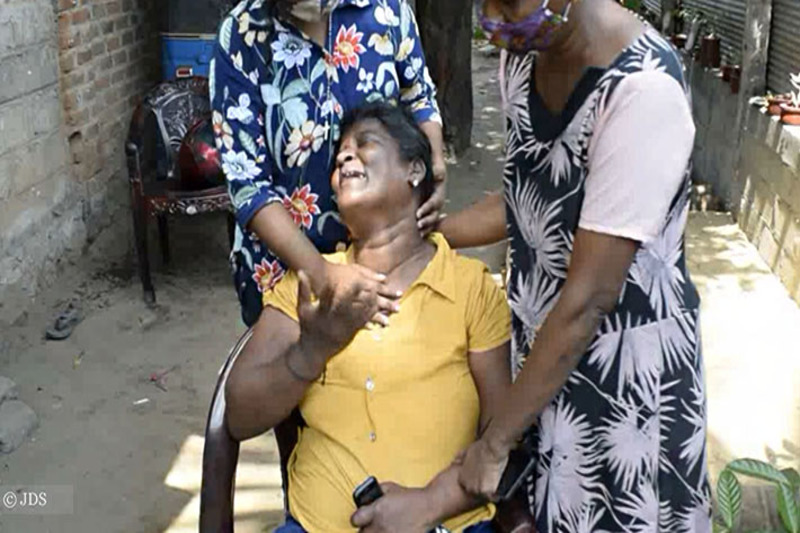 In yet another shocking incident of police brutality and custodial death, a Tamil youth arrested on drug related offences had died by in Police detention.

His family says that the young man was tortured to death at the Batticaloa Police station in Eastern Sri Lanka.

This is the 11th recorded death in police custody just over a year’s time.

Chandran Vithusan (21) was picked up from his home in Iruthayapuram in Batticaloa around 10.30 PM on Wednesday night was reported dead in the early morning today.

According to his mother, Vithusan received a telephone call when he was at home and went out to answer it in spite of being asked not to step out. The telephone call was said to be from his friend.

“The Police then picked him in front of the house and hit him with poles on his head and dragged him away from the street. They came back today early morning and said he is dead. They said they are from the Criminal investigation department (CID)” his sister told local journalists.

Family members say he were taken to Batticaloa Police station and kept in lockup and reported dead in the morning.

Hand cuffed to a tree

His maternal uncle was an eyewitness to his arrest.

“I went and tried to stop him from being arrested. But I was pushed away and said that a case would be foisted against me also. His hands were pulled behind and hand-cuffed to a tree and attacked. Then he was dragged to the corner of the street and taken away to the police station. Again, by midnight they came back and searched the house and went empty-handed. We were told not to come to the Police station now and come in the morning. They asked for a dress but left before it was brought”.

The district magistrate Karuppiah Selvarani has ordered for an autopsy to be done and the Eravur Police station to inquire into the incident and report back to the court. 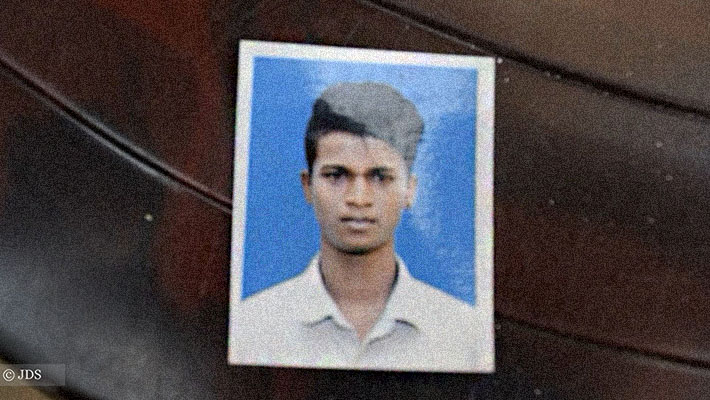 The young man had fallen ill while in custody and the post-mortem report says that he died from a drug overdose, Colombo based media reported quoting unnamed police sources, hours after JDS revealed the circumstances surrounding the death.

Sri Lanka’s Human Rights Commission (HRCSL) had announced last year that eight deaths in police custody between May and October 2020 had been recorded.

This May two young men were shot dead by police within two days.

A month ago, HRCSL had requested the police chief Chandana Wickremeratne to provide a report on inquiries conducted into deaths in police custody.

Although the deadline was May 30th, JDS has no confirmation that police had fulfilled the request.